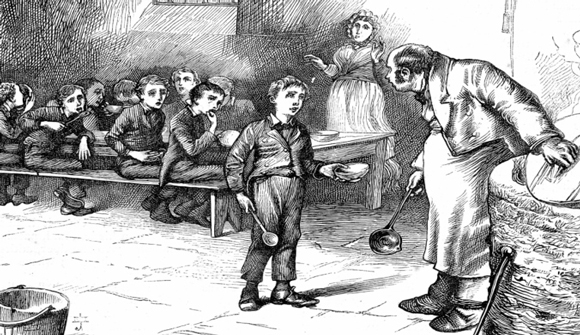 STAFF NEWS & ANALYSIS
How Government Created the Myth of Adolescence and the Terrible Consequences
By The Daily Bell Staff - December 03, 2017

Why are teens so angsty and rebellious? Because they are biologically adults, being treated like children.

Jane Addams likely had good intentions when in the early 20th century she helped create the juvenile justice system and laws against child labor. But fast forward to present day and her influence on how society treats young adults has disastrous effects on young individuals and society at large.

Tom Woods hosted Dr. Robert Epstein on his podcast to discuss this problem. Epstein wrote a book called Teen 2.0: Saving Our Children and Families from the Torment of Adolescence. In it, he makes the case that the government, the pharmaceutical industry, and purveyors of “teen culture” have created a myth about post-pubescent young adults.

Many people believe the psychological and social problems associated with American youths is a natural part of the teenage years. Epstein explains that the root of the issue is treating people who are physiologically young adults as children.

It started with Jane Addams creating a culture that prolonged childhood. The government went on to require public education which grouped youths with peers their age. At a time when teenagers should be learning from more mature and intelligent adults, they are instead exposed to an echo chamber of immature peers.

Industries now seize on  “teen culture.” Hollywood and the music and fashion industries sell their products by appealing to this unnatural subculture. The pharmaceutical industry exploits the psychological problems caused in teens to sell their drugs. There’s nothing wrong with teen brains. There is something very wrong with how society treats teens. But instead of tackling the issue, the drug industry has a pill for that.

And it makes perfect sense. Coercion, not just in teens, is a leading cause of mental anguish. Many adults feel helpless up against forces like the government, media, and corporations. Young adults feel equally trapped by authoritarian parents, public schools, and legal age restrictions.

Child labor laws sound like a good idea when you think of 8-year-olds in factories. But what about 15-year-olds in mechanics’ garages? Why can’t a 13-year-old work for a restaurant without government permission? And even when these young folks get permission, they have to schedule their work around compulsory education. The government forces them to waste their time, eliminating actual opportunities to learn from work experience while making money.

And the myth that teenagers are still children permeates American culture. How often do you hear people refer to young people from age 13 and well into their 20’s as “kids”?

The solution always comes back to individual freedom. Of course, if we immediately started treating all 13-year-olds as adults there would be issues.

But luckily this is one of those problems where the solution really does come down to individual action. Parents have ultimate control over the environment they provide for their children. As their children become young adults, parents can give those teens a degree of autonomy on a case by case basis.

There are far-reaching implications of this myth of adolescence. This is just an introduction to the idea. Tell us in the comments what impact you think this myth has had on society or would have if reversed.

Listen to the podcast or read the book to get the full picture.