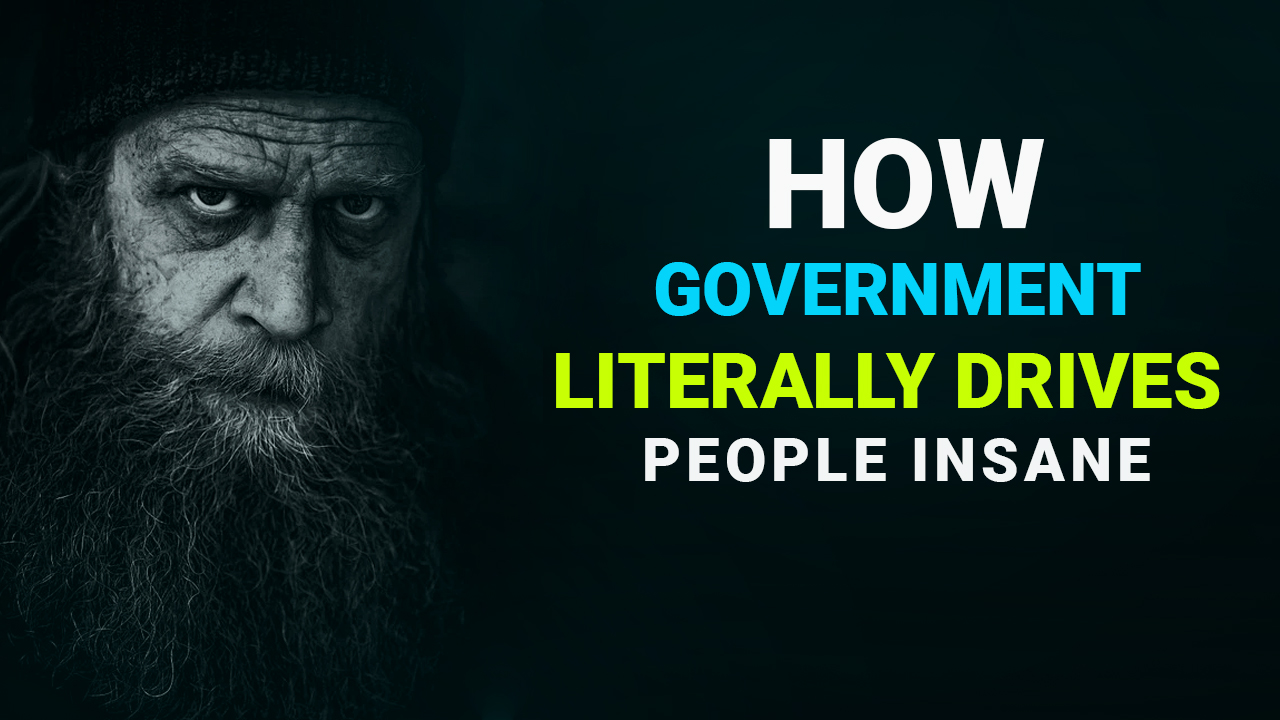 The most effective way to change the world is to raise your children properly. Everything could change in one generation if there were a radical shift in parenting.

Unfortunately, some indicators suggest things are getting worse. For instance, there has been an increase in kids hospitalized for attempted suicide or suicidal indicators.

The most concerning thing about this is that these incidents tend to be concentrated at certain times of the year. One of the most likely times for a child or young adult to need hospitalization because of suicidal tendencies or attempts is in the fall when school starts.

There are a few likely reasons for this.

One, being ridiculed and bullied by their peers makes students feel like social outcasts. Evolution has programmed the human mind to want acceptance of the group for survival reasons. So being ostracized can make you literally feel like you are going to die because if this was 10,000 years ago, you probably would.

And then there are the drugs. You know, the legalized forms of meth that we give to kids to make them alert and focused, or calm and manageable. There are all sorts of side effects to the drugs, and based on the spiking and dropping levels of dopamine and other chemicals in the brain, this can cause erratic behavior.

Finally being forced into an institution against your will, having to ask permission to speak and use the bathroom, and being told when to eat, sit, walk is a deeply frustrating situation to be in. This lack of control, and desperation to be free causes psychological damage.

The school system is definitely the root of the problem– where it begins. But this is only preparing them for an equally coercive society after graduation.

It turns out coercion is a serious problem that can lead to mental health issues. Coercion might even cause most of the ills we see in society today. The same thing that makes a teenager lash out and rebel in opposition to strict rules is what makes people do crazy things in a society dominated by arbitrary and oppressive governments.

Bruce Levin, PhD, explains this in his article, Societies With Little Coercion Have Little Mental Illness.

Coercion—the use of physical, legal, chemical, psychological, financial, and other forces to gain compliance—is intrinsic to our society’s employment, schooling, and parenting. However, coercion results in fear and resentment, which are fuels for miserable marriages, unhappy families, and what we today call mental illness.

It Starts With Your Kids

Most parents have their kids’ best interests at heart when parenting. Yet some still treat their child like a wild animal that must be broken. So many people in our society would have no idea what to do with freedom if they got it, because all they have ever known is oppression.

It starts in childhood, and evidence suggests that a freer child leads to a happier adult.

Levin points out that some cultures see very little mental illness, and he suggests it is because of the way the children are raised.

For many indigenous peoples, even the majority rule that most Americans call democracy is problematically coercive, as it results in the minority feeling resentful. Roland Chrisjohn, member of the Oneida Nation of the Confederacy of the Haudenausaunee (Iroquois) and author of The Circle Game, points out that for his people, it is deemed valuable to spend whatever time necessary to achieve consensus so as to prevent such resentment. By the standards of Western civilization, this is highly inefficient. “Achieving consensus could take forever!” exclaimed an attendee of a talk that I heard given by Chrisjohn, who responded, “What else is there more important to do?”

Among indigenous societies, there are many accounts of a lack of mental illness, a minimum of coercion, and wisdom that coercion creates resentment which fractures relationships.

All interaction should be voluntary and consensual.

Let kids be who they want to be, with the steady hand of your guidance, not an iron fist. Clearly, a child cannot always get what they want, that would create a spoiled brat. But that doesn’t negate how important freedom is for children in order to grow and learn.

This is why the public school system is horribly damaging to a large percentage of children. That is not the only or the best way to learn. And in fact it really just teaches obedience to authority.

Public schooling sets children up to be mindless drones in the work world, where they will be used to the coercion, but not happy about it.

[Jared] Diamond, in The World Until Yesterday (2012), reports how laissez-faire parenting is “not unusual by the standards of the world’s hunter-gatherer societies, many of which consider young children to be autonomous individuals whose desires should not be thwarted.” Diamond concludes that by our society’s attempt to control children for what we believe is their own good, we discourage those traits we admire:

“Other Westerners and I are struck by the emotional security, self-­confidence, curiosity, and autonomy of members of small-scale societies, not only as adults but already as children. We see that people in small-scale societies spend far more time talking to each other than we do, and they spend no time at all on passive entertainment supplied by outsiders, such as television, videogames, and books. We are struck by the precocious development of social skills in their children. These are qualities that most of us admire, and would like to see in our own children, but we discourage development of those qualities by ranking and grading our children and constantly ­telling them what to do.”

Quick not about Jared Diamond: some of you may have a problem with some his views. But even if the conclusions he draws are sometimes flawed, I think he has a lot to contribute in terms of his data. We don’t have to agree with everything he says in order to derive some benefit from his writings. It’s really just a matter of being able to separate the science from his opinion or spin.

Then It’s Your Job…

I don’t believe the reason so many hate going to work is the work itself, but the fact that we cannot act like ourselves when at work.

Leading a life of “quiet desperation” as Thoreau (and later Pink Floyd) put it, of a 9-5 you hate–saving for retirement, but probably drinking yourself to death before you get to enjoy it– is that really the way to live?

Critics of schooling—from Henry David Thoreau, to Paul Goodman, to John Holt, to John Taylor Gatto—have understood that coercive and unengaging schooling is necessary to ensure that young people more readily accept coercive and unengaging employment. And as I also reported in that same article, a June 2013 Gallup poll revealed that 70% of Americans hate their jobs or have checked out of them.

Unengaging employment and schooling require all kinds of coercions for participation, and human beings pay a psychological price for this. In nearly three decades of clinical practice, I have found that coercion is often the source of suffering…

In all societies, there are coercions to behave in culturally agreed-upon ways. For example, in many indigenous cultures, there is peer pressure to be courageous and honest. However, in modernity, we have institutional coercions that compel us to behave in ways that we do not respect or value. Parents, afraid their children will lack credentials necessary for employment, routinely coerce their children to comply with coercive schooling that was unpleasant for these parents as children. And though 70% of us hate or are disengaged from our jobs, we are coerced by the fear of poverty and homelessness to seek and maintain employment.

In our society, we are taught that accepting institutional coercion is required for survival. We discover a variety of ways—including drugs and alcohol—to deny resentment.

And the government is perfectly happy with the arrangement because it is easier to control–and tax–“normal” people who just go to work every day.

How the Government Exacerbates the Problem

We cannot even simply live on a piece of land without being coerced by government to earn some money in order to pay the property taxes. But we have to earn more than the amount owed in property taxes because we are taxed on our earnings as well. We are taxed on the vehicle and gas that gets us to work– in a vicious cycle which forces us to earn more, only to be taxes on that too.

Governments have piled so many laws, regulations, and statutes on top of each other that you can’t go through life without being told perfectly normal, non-violent behavior is wrong,

I think this highlights the root cause of mass shootings for example– a last desperate act of retaliation by an oppressed man. Of course, their response is insane, and often related to the drugs they take– drugs which are also a response to the quiet desperation of a coercive society.

The hopelessness felt when being forced, is one of those deep gut wrenching feelings of despair that grow inside some people until they burst.

But now imagine that the government has taken everything from you. They take your car with civil asset forfeiture. They take 50% of your income. They prevent you from starting a business, building your dream job, or pursing happiness.

The government takes people’s kids, and shoots people’s dogs for no reason.

Sadly, all these things happen relatively regularly, in the Land of the Free.

And even those of us who never face such extreme oppression are inundated daily with the burdens and restrictions of government. They tell us what we cannot or must put into our bodies. They tell us we have to ask permission to earn a living, or trade goods and services.

They never tire of thinking of new rules, new regulations, new laws, all hoops to jump through just to live a normal life. One false move, and the government brings crushing blows down culminating in physically kidnapping you, and caging you– often for victimless crimes no less, when you haven’t hurt anyone.

And the Covid-19 pandemic has only emboldened politicians to take all the more power to micro-manage every facet of our daily lives– permission just to leave your home, or open up your business.

Many of us are baffled by why someone would become a terrorist, especially a suicide bomber.

Again, this is the coercion the Middle East is smothered in by the US foreign policy.

Imagine losing your childhood because you could not go outside because of the American drones.

Imagine family members having been murdered by laughing soldiers.

Imagine all your hopes and dreams bombed away in the blink of an eye.

Again, this is the unfortunate reality for many people today.

And now we are seeing US military equipment and tactics coming home to be used against the American people.

In the 1970s, prior to the domination of the biopsychiatry-Big Pharma partnership, many mental health professionals took seriously the impact of coercion and resentful relationships on mental health. And in a cultural climate more favorable than our current one for critical reflection of society, authors such as Erich Fromm, who addressed the relationship between society and mental health, were taken seriously even within popular culture. But then psychiatry went to bed with Big Pharma and its Big Money, and their partnership has helped bury the commonsense reality that an extremely coercive society creates enormous fear and resentment, which results in miserable marriages, unhappy families, and severe emotional and behavioral problems.