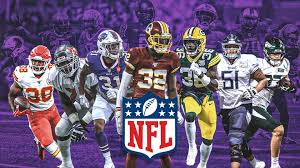 STAFF NEWS & ANALYSIS
How the NFL is Trying to Cover Up its Concussion Problem
By JMU Sports - November 06, 2019

The NFL is an American institution, loved by millions of fans across the U.S.

The Super Bowl is one of the most watched sports events on the planet and football generates billions of dollars in revenue for businesses across the country. However, that doesn’t make them above reproach and they’ve acted in a more than dubious manner dealing with a serious issue.

Studies into the links between brain disease and concussion in sports have revealed that athletes are far more likely to be struck down later in life. Football is one of the sports which often has players suffering from concussion, making it high-risk for players.

It all started back in 2002 with the death of “Iron Mike” Webster, a four-time Super Bowl winner with the Pittsburgh Steelers. An article by UCSUSA explains how Dr. Bennet Omalu, a forensic pathologist, asked for his brain to be preserved for research which revealed chronic traumatic encephalopathy (CTE).

Instead of working to find a way around the problem, the NFL went after the reputation of Omalu and any other prominent advocates of research in that area. The NFL seemed happy to spend millions of dollars on patriotic advertising, but unwilling to address the growing problem in their own backyard.

The story eventually made it to the big screen, with Will Smith starring in a movie as Omalu. Although some creative liberties were taken during production, it still gives a good insight into how the NFL disregarded the causes of CTE.

A spate of high-profile suicides and deaths put the issue back into the mainstream. Dave Duerson, Junior Seau and Ray Easterling all committed suicide prompting a lawsuit to be brought against the NFL, according to CNN’s article on concussions.

All three were thought to be suffering from CTE, as was former New England Patriots star Aaron Hernandez. He was convicted of murder in 2013 and committed suicide in prison. The Washington Post reports that his brain showed the most advanced case of CTE ever found in a person of his age.

In March 2016, CBS confirmed that the NFL finally admitted to a link between the sport and CTE. Works has now begun on methods by which to reduce the risk. Coral’s feature on how technology is being used to improve sports discusses how smart helmets are being used in the NFL to reduce the chance of brain injuries. New technology could even be capable of detecting the severity of a collision in real time using a smartfoam-based sensor system.

The extent to which the NFL went to cover up the scandal is shocking. They donated to the National Institute of Health for research into the condition but pulled the money out when they realized the findings would not be favorable to the NFL.

Concussion has become the single biggest threat to the future of the NFL in modern history. Despite the 2016 admission that there is a link, continued deaths and instances of former pro-footballers suffering as a result of playing the game will only serve to further damage the reputation of this American institution.