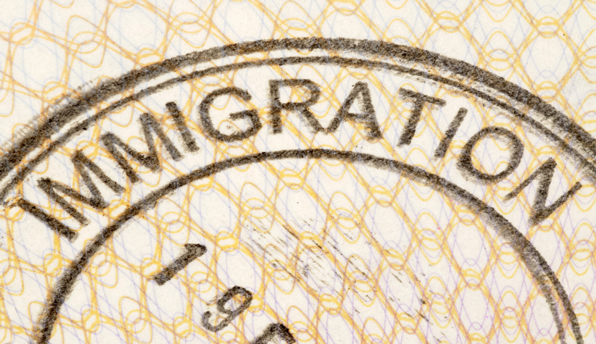 Voters in Switzerland have narrowly approved a rightwing proposal to curb immigration. It imposes limits on the number of foreigners allowed in and may signal an end to the country's free movement accord with the European Union. The initiative was approved by just 50.3% of the votes and was passed by a majority of cantons. The move by the Swiss People's Party – known for its anti-foreigner and anti-EU agenda – will see the reintroduction of quotas, as well as a national preference when filling job vacancies and restrictions of immigrants' rights to social benefits. Critically, it also stipulates that Switzerland will have to renegotiate its bilateral accord with the EU on the free movement of people within three years or revoke it. This in turn could threaten other bilateral agreements with the EU. – Swiss Info

Free-Market Analysis: The destruction of Switzerland's culture and borders has halted for a moment with this vote against immigration. One does not need to be "conservative" or racist or anything else to believe that politics and regulatory democracy should not determine immigration. Employers should.

This simple revelation is never mentioned in these mainstream articles that treat immigration as if it were some sort of civil rights issue.

Of course, maybe in reality it is for a number of reasons. But surely it is not too much to expect some writer somewhere to point out that those who are in the market to hire people ought to be the ones making the immigration decisions.

Or to put it another way, if someone has the wherewithal to emigrate, who or what should stop him? If the individual or family can find a way to live elsewhere why should there be blockages placed in the way?

It is only in the past 100 years really that that the idea has become popular that governments ought to control immigration. Before then, it was pretty much left up to private enterprise, families and individuals. In the US, for instance, the Citizenship and Immigration Services was founded in 1891 and the Border Patrol in 1924.

In Europe, immigration was not a big issue before World War II because most people preferred to stay within their own culture and region. Most of Europe was defined by tribes – the French, Germans, Danes, etc. – that were all ethnically and linguistically homogenous. The "immigration" that did occur was often the result of a conquest of some sort.

But after World War II, a completely structured immigration system became commonplace throughout the West and even across the globe. The advent of ever-more aggressive passport and visa systems allowed governments to begin to control and shape population growth and its composition.

As this control evolved, governments discovered new ways of shaping populations. A major way of doing so was to provide financial incentives to certain populations, often at the expense of the original inhabitants. Another way was to impose quotas – either generous or parsimonious. The combination of quotas and financial incentives could change a nation's population in a generation.

One of the most ethnically and cultural stable countries is Switzerland. While it is, in fact, composed of three separate ethnicities, Swiss nationals – especially the majority German Swiss – have been careful about diluting Swiss culture and its careful ethnic balance.

In the past decade, however, this watchfulness has come under sustained attack. There is surely no doubt that Switzerland, as one of two remaining important Western republics, continues to offer a challenge to those who seek aggressive globalism.

Switzerland's carefully preserved culture and free-market virtues are ever a challenge to those who want to break down the borders of nation-states in order to create an evolving, expansive internationalism.

But now – finally – Switzerland has pushed back. Here's more from the article:

The deal on the free movement of people between Switzerland and the EU came into force in 2002 and is a key element of the first package of bilateral accords between the two parties. Under the deal, nationals of Switzerland and EU member states are entitled to choose their place of work and residence within the territories of the signatories.

The Swiss electorate has voted three times so far on the free movement of people. In May 2000, it approved a first bilateral package and with it the free movement accord by a large majority. In 2005 and 2009, voters approved the extension of the treaty to new EU member countries, mostly in eastern Europe.

Votes are also due on the planned extension of the accord to the new EU member state Croatia. Justice Minister Simonetta Sommaruga described the outcome as "a pivotal decision with far-reaching consequences". "It reflects unease of population growth in recent years," she added.

The cabinet now must submit a proposal to parliament on how it can be implemented. The government will also start talks with relevant EU bodies and member states in order to discuss the next steps. There is a three-year time limit on such negotiations.

… The European Commission issued a statement expressing its "regret" that the vote had passed. "This goes against the principle of the free movement of people between the European Union and Switzerland. The Union will examine the implications of this initiative on Swiss-EU relations as a whole," ran the statement.

This last graf provides us with insights into the way that the EU in particular is continually discovering new "principles" that reinforce the goals of its elites. In this case, the goal is "free movement" of people, which when looked at dispassionately obviously has the effect of diluting the culture and population of the nation-state in question.

The pushback against such policies is inevitable, but given elite control of the mainstream media it is almost inevitably cast as racist. In fact, a monolithic culture cannot help but reject political realignment – which in some cases amounts to a bloodless invasion that permanently changes national characteristics.

This is happening throughout Europe now, as the globalists through the European Union seek to eviscerate cultures in order to ensure that there is no organized resistance to increased globalism. The same thing is occurring in the US where elite planners apparently have in mind merging the US, Mexico and Canada. "Immigration reform" is the preferred methodology of an evolving cultural dilution.

It is surely not racist for a culture to resist aggressive interference but just as surely votes such as the one in Switzerland will be portrayed that way. And no doubt, the Swiss may sometime soon face yet another vote in which they are instructed to vote the "right" way. Nonetheless, the inevitable pushback to these elite policies is growing not just in Switzerland but throughout Europe and in the US.

Such programs when carried out in secret are no doubt effective, as they were in the 20th century. But reorganizing vast populations in the 21st century under the merciless eye of the Internet is likely a good deal more difficult.