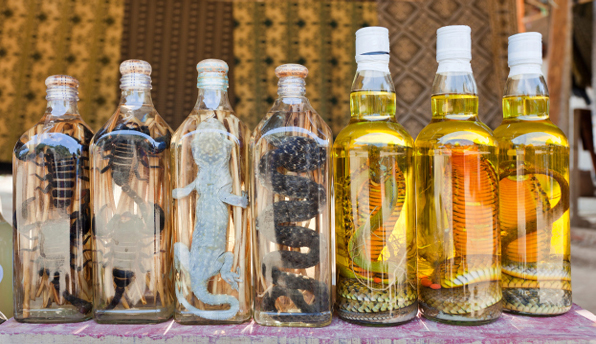 World risks deflationary shock as BRICS puncture credit bubbles … As matters stand, the next recession will push the Western economic system over the edge into deflation … It is a remarkable state of affairs that the G2 monetary superpowers – the US and China – should both be tightening … Half the world economy is one accident away from a deflation trap. – UK Telegraph

Dominant Social Theme: There are a lot of problems to sort out in the global economy.

Free-Market Analysis: Markets travel up on a wall of worry and there is plenty to worry about when it comes to Western – and BRICs – economies.

This UK Telegraph article makes the case that the world's economy is on a deflationary bubble – one that could burst shortly. We tend not to believe this for a variety of reasons but this article certainly provides us with an alternative point of view.

The International Monetary Fund says the probability may now be as high as 20pc. It is a remarkable state of affairs that the G2 monetary superpowers – the US and China – should both be tightening into such a 20pc risk, though no doubt they have concluded that asset bubbles are becoming an even bigger danger.

"We need to be extremely vigilant," said the IMF's Christine Lagarde in Davos. "The deflation risk is what would occur if there was a shock to those economies now at low inflation rates, way below target. I don't think anyone can dispute that in the eurozone, inflation is way below target."

It is not hard to imagine what that shock might be. It is already before us as Turkey, India and South Africa all slam on the brakes, forced to defend their currencies as global liquidity drains away.

The World Bank warns in its latest report – Capital Flows and Risks in Developing Countries – that the withdrawal of stimulus by the US Federal Reserve could throw a "curve ball" at the international system.

"If market reactions to tapering are precipitous, developing countries could see flows decline by as much as 80pc for several months," it said. A quarter of these economies risk a sudden stop. "While this adjustment might be short-lived, it is likely to inflict serious stresses, potentially heightening crisis risks."

The report said they may need capital controls to navigate the storm – or technically to overcome the "Impossible Trinity" of monetary autonomy, a stable exchange rate and free flows of funds. William Browder from Hermitage says that is exactly where the crisis is leading, and it will be sobering for investors to learn that their money is locked up – already the case in Cyprus, and starting in Egypt.

The chain-reaction becomes self-fulfilling. "People will start asking themselves which country is next," he said. Emerging markets are now half the global economy, so we are in uncharted waters. Roughly $4 trillion of foreign funds swept into emerging markets after the Lehman crisis, much of it by then "momentum money" late to the party.

… The longer this goes on, and the wider it spreads, the greater the risk that it will metamorphose into a global deflationary shock. Turkey's central bank took drastic steps on Tuesday night to halt capital flight, doubling its repurchase rate from 4.5pc to 10pc.

… The ECB's Mario Draghi talked up the need for a "safety margin" against deflation before Christmas but now seems strangely passive, as if beaten into submission by the Bundesbank. I heard him twice in Davos repeating – woodenly, without conviction – that core inflation is merely back to where it was in 1999 after the Asian crisis and in 2009 after the Lehman crisis, and therefore benign.

The above postulates a perfectly reasonable scenario but the question is whether it will ever be realized. The deflationist crowd has been predicting this sort of disaster for years and actually, the UK Telegraph has been at the front of the pack on occasion.

In fact, from a logical standpoint, a deflationary depression would be hard to accomplish in the modern fiat-money world. The amount of money that has already been printed and circulated throughout the world is extensive.

The article makes the point that "tapering" could provide the spark for a deflationary episode, but one should also remember that countries like Japan and China are sitting on trillions of US dollars.

Granted, price inflation is the result of CIRCULATING money but it is difficult to argue the money has not been printed: It has been. And sooner or later, one way or another, it will circulate.

This is perhaps a more likely scenario than a deflationary one. The deflationary scenario seems to include the idea that hot money will migrate from countries where perceived risk is greater than reward. The trigger is apparently to be the ongoing "tapering" program now underway.

But certainly, the tapering program is something that can be slowed or even halted if it would seem to be having globally negative effects, especially deflationary ones. There is room for all views, especially as those organizing what we have called a "Wall Street Party" would be pleased to see other viewpoints circulating. No need to make things too obvious, after all.

And yet, again, given the amount of money that has already been printed and circulated, an inflationary scenario would seem to be more of a viable possibility than a deflationary one.

As price inflation becomes more aggressive, rates will have to rise to slow the economy. And as rates rise, both the stock and bond markets inevitably become less profitable and eventually are at risk for a crash.

It is inflation rather than deflation that would seem to be the greater danger – as it proved to be in the 1970s. Sooner or later history may well repeat itself. But now? Or not yet.