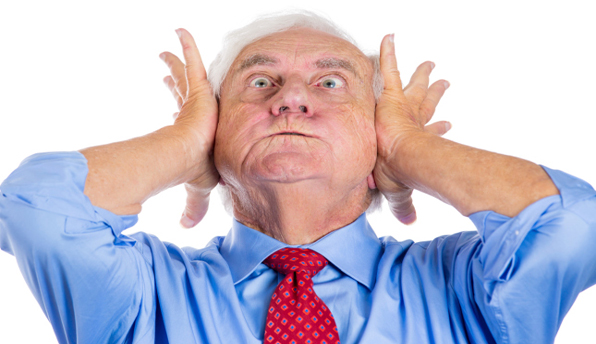 BBC admonished for giving climate change deniers equal air time … BBC journalists are being schooled in how to cover science. A progress report from an independent body, the BBC Trust, says Britain's public broadcasting service shouldn't be giving equal air time to climate change deniers and others on the scientific fringe. The report found the BBC remains prone to "over-rigid application of editorial guidelines on impartiality" that resulted in the news service giving "undue attention to marginal opinion." –Washington Post

Dominant Social Theme: Time to get serious about global warming, er … climate change. Whatever you call it, it's true!

Free-Market Analysis: From the perspective of the power elite, there's a lot riding on the success of the climate change meme. But it's not really working out.

The idea apparently was that a carbon crisis would allow governments to centralize regulation in the UN and to spread it around the world. People everywhere would face regulation literally of their every action, or every action that used energy, anyway. Food, bathing, transportation, any computer-based activity – all would have to be regulated in order to ensure the world didn't heat up too fast or too much.

In a sense, this meme is similar to the "war on terror" which continues to develop. It is not a static prophylactic but one that is continually evolving, and demanding further modification of people's behavior.

The author of the report, Steve Jones, emeritus professor of Genetics at University College London, cited the existence of manmade climate change as an example. Since the review began in 2010, nearly 200 BBC senior staff were sent to workshops to learn what it means to cover science impartially.

Andrew Miller, chairman of Parliament's science and technology select committee, said in a statement: "The key point the workshops tried to impart is that impartiality in science coverage does not simply lie in reflecting a wide range of views, which may result in a 'false balance.' More crucially it depends on the varying degree of prominence such views should be given. In this respect, editorial decisions should be guided by where the scientific consensus might be found on any given topic, if it can in fact be determined."

… The BBC was accused in April of misleading viewers about climate change by giving too much air time to unqualified sceptics. A damning parliamentary report singled out the BBC's "Radio 4 Today" and "World at One" programs.

"Given the high level of trust the public has in its coverage, it is disappointing that the BBC does not ensure all of its programmes and presenters reflect the actual state of climate science in its output," the report said, according to the Guardian. "The Today programme and other BBC News teams continue to make mistakes in their coverage of climate science by giving opinions and scientific fact the same weight."

The Telegraph noted: "The BBC's determination to give a balanced view has seen it pit scientists arguing for climate change against far less qualified opponents such as Lord Lawson who heads a campaign group lobbying against the government's climate change policies.

Too bad, BBC. It's tough to do 20th century damage control in a 21st century environment.

It is, of course, the Internet that makes the latest demands regarding coverage so problematic – and we have mentioned this before. In the 20th century a demand of this sort would have been issued almost transparently. Those at the top of the BBC hierarchy would have known about it but few others.

And that would have made it very effective. Additionally, the way the demand was positioned as part of a larger scientific report would have provided considerable justification for the demand were it ever to have leaked out into the mainstream media.

Of course, it has leaked – and this is where it gets interesting. The mainstream media IS covering this report and thus we can see that those who organized the report and issued it are well aware that they could not have kept it quiet.

The only way to continue to promote warmism in an era in which there is increasing 'Net pushback is to come up with a policy that seems reasonable and offers some sort of academic rationale for the intended censorship.

More than any other major meme, global warming/climate change has proven problematic. The nomenclature of the dominant social theme itself proved so troublesome that it had to be changed. And yet climate change has not proven an effective substitute. The warmist argument still pervades the dialogue.

And it is an increasingly dubious proposition to defend it. Anti-warmists have significant arguments to deploy. In a rebuttal to the BBC report, the UK Daily Mail published a long article that included the following sidebar by anti-warmist Andrew Mountford.

For years, computer simulations have predicted that sea ice should be disappearing from the Poles. Now, with the news that Antarctic sea-ice levels have hit new highs, comes yet another mishap to tarnish the credibility of climate science.

Climatologists base their doom-laden predictions of the Earth's climate on computer simulations. But these have long been the subject of ridicule because of their stunning failure to predict the pause in warming – nearly 18 years long on some measures – since the turn of the last century.

It's the same with sea ice. We hear a great deal about the decline in Arctic sea ice, in line with or even ahead of predictions. But why are environmentalists and scientists so much less keen to discuss the long-term increase in the southern hemisphere?

In fact, across the globe, there are about one million square kilometres more sea ice than 35 years ago, which is when satellite measurements began. It's fair to say that this has been something of an embarrassment for climate modellers. But it doesn't stop there.

In recent days a new scandal over the integrity of temperature data has emerged, this time in America, where it has been revealed as much as 40 per cent of temperature data there are not real thermometer readings. Many temperature stations have closed, but rather than stop recording data from these posts, the authorities have taken the remarkable step of 'estimating' temperatures based on the records of surrounding stations.

So vast swathes of the data are actually from 'zombie' stations that have long since disappeared.

This is bad enough, but it has also been discovered that the US's National Oceanic and Atmospheric Administration is using estimates even when perfectly good raw data is available to it – and that it has adjusted historical records. Why should it do this?

Many have noted that the effect of all these changes is to produce a warmer present and a colder past, with the net result being the impression of much faster warming. They draw their conclusions accordingly. As their credulity is stretched more and more, the public will – quite rightly – treat demands for action with increasing caution…

One ought to treat such pushback with some care, given that it is the mainstream media itself that is providing space for reasoned counterarguments. But this can be explained by the necessity to create a dialectic.

What we call the Internet Reformation is truly a polarizing force. It makes elite promotions of dominant social themes arduous, indeed. The more the damage control, the more the alternative media broadcasts its appearance and questions its necessity. The damage control itself ends up being the story. The cover up, as the saying goes, is worse than the initial problem.

This is just one of the conundrums that the Internet offers those who want to use globalist promotions to frighten people and push them to give up wealth and freedom to specially constructed globalist facilities.

Those behind the current internationalism still don't have any idea of how to tackle the Internet. They're working on it, of course. But they've not yet succeeded.