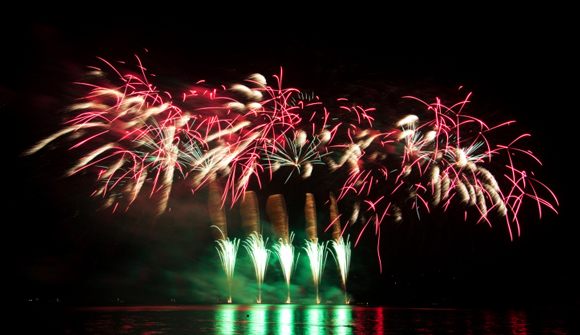 For too long now, we have suffered the injustices of a government that has no regard for our rights or our humanity.

Too easily pacified and placated by the pomp and pageantry of manufactured spectacles (fireworks on the Fourth of July, military parades, ritualized elections, etc.) that are a poor substitute for a representative government that respects the rights of its people, the American people have opted, time and again, to overlook the government’s excesses, abuses and power grabs that fly in the face of every principle for which America’s founders risked their lives.

We have done this to ourselves.

Indeed, it is painfully fitting that mere days before the nation prepared to celebrate its freedoms on the anniversary of the Declaration of Independence, the City Council for Charlottesville, Virginia—the home of Thomas Jefferson, author of the Declaration—voted to do away with a holiday to honor Jefferson’s birthday, because Jefferson, like many of his contemporaries, owned slaves. City councilors have opted instead to celebrate “Liberation and Freedom Day” in honor of slaves who were emancipated after the Civil War.

This is what we have been reduced to: bureaucrats dithering over meaningless trivialities while the government goosesteps all over our freedoms.

Too often, we pay lip service to those freedoms, yet they did not come about by happenstance. They were hard won through sheer determination, suffering and sacrifice by thousands of patriotic Americans who not only believed in the cause of freedom but also had the intestinal fortitude to act on that belief. The success of the American revolution owes much to these men and women.

In standing up to the British Empire and speaking out against an oppressive regime, they exemplified courage in the face of what seemed like an overwhelming foe.

Indeed, imagine living in a country where armed soldiers crash through doors to arrest and imprison citizens merely for criticizing government officials.

Imagine that in this very same country, you’re watched all the time, and if you look even a little bit suspicious, the police stop and frisk you or pull you over to search you on the off chance you’re doing something illegal.

Keep in mind that if you have a firearm of any kind (or anything that resembled a firearm) while in this country, it may get you arrested and, in some circumstances, shot by police.

If you’re thinking this sounds like America today, you wouldn’t be far wrong.

However, the scenario described above took place more than 200 years ago, when American colonists suffered under Great Britain’s version of an early police state. It was only when the colonists finally got fed up with being silenced, censored, searched, frisked, threatened, and arrested that they finally revolted against the tyrant’s fetters.

No document better states their grievances than the Declaration of Independence, drafted by Thomas Jefferson.

A document seething with outrage over a government which had betrayed its citizens, the Declaration of Independence was signed on July 4, 1776, by 56 men who laid everything on the line, pledged it all—“our Lives, our Fortunes, and our sacred Honor”—because they believed in a radical idea: that all people are created to be free.

Even after they had won their independence from Great Britain, these new Americans worked to ensure that the rights they had risked their lives to secure would remain secure for future generations.

The result: our Bill of Rights, the first ten amendments to the Constitution.

Imagine the shock and outrage these 56 men would feel were they to discover that 243 years later, the government they had risked their lives to create has been transformed into a militaristic police state in which exercising one’s freedoms—at a minimum, merely questioning a government agent—is often viewed as a flagrant act of defiance.

Read the Declaration of Independence again, and ask yourself if the list of complaints tallied by Jefferson don’t bear a startling resemblance to the abuses “we the people” are suffering at the hands of the American police state.

In the years since early Americans first declared and eventually won their independence from Great Britain, we—the descendants of those revolutionary patriots—have through our inaction and complacency somehow managed to work ourselves right back under the tyrant’s thumb.

Only this time, the tyrant is one of our own making: the American Police State.

Given the fact that we are a relatively young nation, it hasn’t taken very long for an authoritarian regime to creep into power.

Unfortunately, the bipartisan coup that laid siege to our nation did not happen overnight.

It snuck in under our radar, hiding behind the guise of national security, the war on drugs, the war on terror, the war on immigration, political correctness, hate crimes and a host of other official-sounding programs aimed at expanding the government’s power at the expense of individual freedoms.

The building blocks for the bleak future we’re just now getting a foretaste of—police shootings of unarmed citizens, profit-driven prisons, weapons of compliance, a wall-to-wall surveillance state, pre-crime programs, a suspect society, school-to-prison pipelines, militarized police, overcriminalization, SWAT team raids, endless wars, etc.—were put in place by government officials we trusted to look out for our best interests and by American citizens who failed to heed James Madison’s warning to “take alarm at the first experiment on our liberties.”

In so doing, we compromised our principles, negotiated away our rights, and allowed the rule of law to be rendered irrelevant.

There is no knowing how long it will take to undo the damage wrought by government corruption, corporate greed, militarization, and a nation of apathetic, gullible sheep.

The problems we are facing will not be fixed overnight: that is the grim reality with which we must contend.

Frankly, as I make clear in my book Battlefield America: The War on the American People, we may see no relief from the police state in my lifetime or for several generations to come.

That does not mean we should give up or give in or tune out.

Remember, there is always a price to be paid for remaining silent in the face of injustice.

That price is tyranny.

As Edmund Burke, the eighteenth-century British statesman and author who supported the American colonists warned, “The only thing necessary for the triumph of evil is for good men to do nothing.”