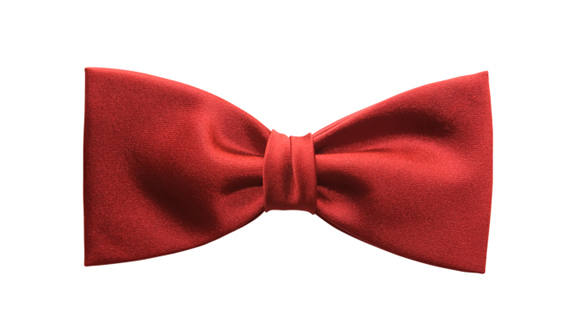 Legendary investor Jim Rogers not only thinks Federal Reserve policy is incompetent, he thinks the entire institution should be eliminated. Asked by RT television network what he'd do if he was named chairman of the central bank, Rogers said, "I'd abolish the Federal Reserve, and then I'd resign." The world has survived just fine without central banks for most of its history, he notes. – Newsmax

Free-Market Analysis: What are we to make of this strong statement by the famous Jim Rogers whom we have interviewed in the past? Rogers is a top commodities trader and the former partner of one of the most famous financiers in the world: George Soros.

Rogers saying the Fed ought to be abandoned is big news, indeed. Rogers is not exactly mainstream Wall Street, but he is a serious man, a powerful man within the larger financial community. He is interviewed regularly by big mainstream and alternative media.

So … did Rogers speak casually on this subject? Was it a spur of the moment statement? We are not aware of him making similar public statements in such an emphatic manner.

Perhaps this is further evidence of what we believe, that one of the biggest and most famous elite dominant social themes continues to founder. Here's more:

"America has had three central banks in our history. The first two disappeared," Rogers said. "This one will too, because they keep . . . leveraging up the balance sheet. They keep making mistake after mistake. They keep printing money."

The result? "This is going to self-destruct, unless the politicians say this thing is a mistake, let's get rid of it," Rogers said. "It's more likely, though, that it will self-destruct." When it comes to stocks, which are trading at or near record highs, "we're certainly going to have a crash someday — all this artificial sea of liquidity," he said.

But while a correction could come soon, Rogers doesn't see an imminent plunge. "With all the money printing and spending in the world, this could go on for a while," he said.

We agree with Rogers on this. The fiat bull – which is really an unusual equity leg within a larger golden bull, from what we can tell – could run longer, even a lot longer. It could do so, as we have pointed out, with considerable volatility. But if the Fed continues to stuff banks and markets with money, we have a hard time believing that averages could plunge sharply and permanently, or at least not right away.

On the other hand, nothing goes up forever, no matter what. As the Fed prints money, that money's value continually erodes. Thus, even if markets pop continually, the actually equity value is reduced. So some of this is merely a kind of "window dressing" – though good publicity for those who do not understand central banking and are apt to believe what the mainstream says.

Perhaps Rogers is aware, as we are, that top bankers are seemingly organizing a huge equity blow-off that takes the market a good deal higher before dropping it hard. In such a situation, we think there is certainly a possibility that central banking – or at least the Fed and perhaps the petrodollar itself – could be terminally discredited.

Rogers may see this possibility and – like a savvy trader – may have decided to cut his losses as regards Wall Street itself. If this is so, we may see many other top financial people begin to disparage this hitherto "bulletproof" institution.

Of course, this does not seem to be a notable trend at this point. The article concludes with the following commentary from former Fed Chairman Alan Greenspan:

Former Federal Reserve Chairman Alan Greenspan doesn't share Rogers' view that stocks are in a bubble. The equity premium, "a measure of what the average investor requires the rate of return to invest in common stocks [is] still way below normal," he told Fox Business Network.

"There are a lot of things that can go wrong," Greenspan said. "But to say that the market is bubbly and in a position where it could conceivably create a serious problem, I think is overstating it."

Greenspan doesn't exactly have a great track record recently when it comes to calling market ups and downs. He was basically blindsided by the 2008 market crash and then emerged with a book explaining that nothing could be done about such bubbles and their eventual deflation.

Now he believes, contrary to a number of other savvy observers, that the market is far from a bubble. Obviously, Rogers believes differently, and also has decided to point the finger of blame where it belongs – at the US central bank.

We first noted that the central banking in the US might be in considerable trouble when the Fed had trouble mounting a defense against congressional grilling in May of 2009. This resulted in a video showing clearly that Inspector General Elizabeth Coleman of the Fed had no idea what her institution had done with literally trillions in revenue and expenditures, both on and off balance sheet.

It's only been downhill from there. Ben Bernanke may be a bearded savant with an amiable air but he has been fairly unconvincing as a Fed "master of the universe." He's come across at times more like an absent minded professor, as when he said recently that he didn't really have any idea of how gold prices worked, or why the dollar had advanced so formidably against gold.

And now there is Janet Yellen, who like Bernanke doesn't seem to provide the institution with the kind of "gravitas" that might allow it to be more effective against additional attacks that are no doubt coming.

When we advanced the idea years ago that the Fed might be vulnerable – that the entire central banking meme might crash and fail – it no doubt seemed somewhat odd, given the Fed's reputation and institutional role. But given what has happened in the past five years and what may yet be in store for both the economy and the Fed, we will repeat our perspective: It may indeed be feasible that the Fed will lose so much credibility – and be subject to so much popular anger – that it simply cannot continue in its current incarnation.