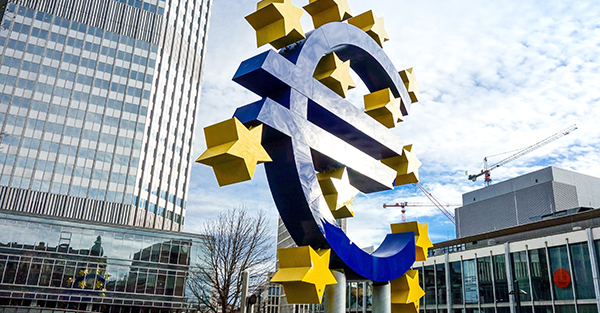 EU Has Meddled Too Much, Admits Boss Juncker …  More The European Union meddles too much in people’s lives, according to its most senior official.  In a significant admission, Jean-Claude Juncker said a lot of the laws made in Brussels should have been left to national governments.  As a result the EU has lost popularity with ordinary people because they feel it over-regulates, the European Commission President said.  – Sky News

Jean-Claude Juncker’s statement that the EU has meddled too much has reverberated around the world. It’s received a lot of coverage in Britain, where the Brexit debate – over whether Britain leaves the EU or stays – is ongoing.

Juncker’s statement came at a Council of Europe meeting in Strasbourg. He made it in response to a question from Tory MP Nigel Evans who asked whether top EU officials understood that the Brexit was just part of a much larger wave of anti-EU sentiment.

The EU has recently been rocked by a Dutch Referendum that voted down a comprehensive EU trade treaty negotiated with Ukraine. A recently passed law that came into effect on July 1st, 2015 allows EU countries to call for a plebiscite on newly adopted acts and treaties.

If the legislation is voted down (30 percent must vote), then the EU as a whole must reconsider what has been decided upon for the larger union. It’s not clear what the EU will do regarding Ukraine since it has already negotiated the treaty, but based on the new law, the EU will have to take some sort of additional action.

Juncker’s statement is further evidence that even at the very top of the EU, understanding exists that the entire experiment is in jeopardy. Nonetheless, we also learn that Juncker, “refused to answer what Brussels was doing to slash costs and tackle the Commission’s eye-watering Budget.”

Juncker’s refusal to respond with specifics regarding EU cost-cutting is one reason why his larger admission is probably more rhetorical than real.

The hallmarks of the EU are dissembling and arrogance. From the very beginning of the EU project, it has been marked by planning that doesn’t misleads those who must live under its regime.

The most prominent disassembling has to do with the determination to initiate a euro currency before creating a stronger political union.

This actually was done on purpose, as we’ve pointed out in previous articles, to create the very kind of financial crisis that now infects the EU. The idea was that only a powerful crisis would create the kind of impetus necessary to turn the EU from a trading pact into a “United States of Europe.”

Such mass manipulation was a regular part of 20th century politics. In the 21st century – in part because of the Internet – it has become more difficult to to implement critical strategies without the acquiescence of those affected.

This does not mean that EU leaders will actually attempt to recreate the way they do business. For leadership to act differently in Europe or in the US for that matter, there would have to be an acknowledgement that the financial system itself needs changing. It is unlikely that will happen.

The basic problem in the West – and around the world for that matter – has to do with central banking.

So long as small groups of individuals coordinated out of Switzerland by the Bank for International Settlement create the price and volume of “money”, it is difficult to see how society will change in fundamental ways.

The EU itself is part of a larger elite determination to expand the clout of control of the current monetary system. Once the euro came into existence, the European Central Bank became its arbiter.

The movement of the West and the world is toward ever larger facilities of monetary, political and social manipulation.

Juncker can certainly admit the obvious: That the growing sentiment against the EU is based on federalism itself, the idea that Brussels knows best for 300 million people when it does not.

But if Juncker and the others really act on this insight then eventually they will end up grappling with the proverbial elephant in the room: The European Central Bank.

And that is why fundamental EU reform is probably impossible. Sooner or later it will collide with the problem of monetary centralization. And at that point, cooperation – if it were to be legitimate to being with – will cease.

The EU, in fact, was not set up to benefit Europeans though it was marketed as a treaty that would ease trade restrictions around Europe. In actuality, the EU was set up by the same monetary powers that have developed the central banking system around the world.

Because the EU was actually set up to further the ambitions of a globalist clique, it is hard to see any negotiations taking place in good faith.

Recently, Lloyds of London’s Risk Advisory Group warned that civil unrest could spread worldwide. The report included the statement that, “Instances of political violence contagion are becoming more frequent and the contagion effect ever more rapid and powerful.”

Trevor Maynard, head of exposure management and reinsurance,  warned that global outbreaks of violence are increasingly likely to develop into “pandemics” of civil unrest.

And he added, this might lead to “widespread disruption yet prove extremely difficult to anticipate.”

The reason for this “disruption” is because globalism is the determined strategy of those who control central banking and have the ability to print almost unlimited amounts of money to enforce their goals.

Even worse, central banking has been set up in such a way that it creates collapses that mandate further centralization.

Juncker and others involved with the system at high levels may state their concerns and offer rhetorical empathy but fundamental change doesn’t seem feasible.

Conclusion: For this reason among others, Lloyd’s expects civil unrest. Those who expect an amicable outcome when it comes to a basic, systemic realignment are likely to be disappointed. Please note.