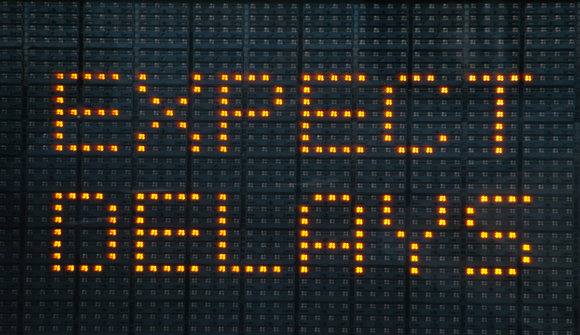 Op-Ed America needs to study the enemy within … U.S. politicians are unwilling to compromise, and restraints on voting rights are eroding democracy … The only real threat to American democracy comes from Americans themselves. – LA Times

Dominant Social Theme: Libertarians may precipitate a US fascist dictatorship.

Free-Market Analysis: This article presents the idea that people are going to get so fed up with do-nothing politicians – hamstrung by gridlock – that they will rise up and demand a dictatorship.

The logic fails to convince us, though the article is penned by an award-winning professor. Jared Diamond, we learn from his bio, is author of The World Until Yesterday, Collapse and the Pulitzer Prize-winning Guns, Germs and Steel.

Despite his credentials, we find plenty of controversial statements in this editorial. Bottom line: We never heard anyone say, "Gee, I'm so frustrated over the lack of laws being passed that I hope a dictator comes along and passes more of them."

Yet this is what the article seems to argue. In making this argument, Diamond gradually reveals his real target: libertarianism.

Libertarianism – the belief that people should not use force to make other people do their bidding – is probably among the most vital and vibrant socio-political movements in the world today. Diamond and people like him apparently find that threatening.

But why? Certainly, there are differences between philosophies. Globalists want an ever-closer world tied together by elitist treaties; libertarians want as many worlds as possible, none lording over others.

So, should we worry about possible parallels between Chile in 1968 and the U.S. today? On the one hand, it seems unthinkable that the U.S. could drift into dictatorship. Like my Chilean friends then, we Americans are proud of our long democratic tradition and our political stability. We are blessed by a strong national identity and a large middle class.

… But, on the other hand, like Chileans before and under Allende, we have become stuck in political gridlock. Our citizens are split by deep disagreements about basic economic, social and political issues, including government interventions, immigration, investment in education and infrastructure, and inequality of income and opportunity. Our economy is decidedly sluggish.

You may object that the American armed forces, unlike those in Chile or Indonesia or Spain, have no precedent at all for interfering in American politics. That's true. But consider what happened in 1933 in Austria, where private citizens had increasingly been arming themselves and forming private militias. When Austria's Chancellor Engelbert Dollfuss abolished the country's legislature and established an authoritarian right-wing government, he didn't use an Austrian army to crush his left-wing political opponents. He did it with a militia of his own armed supporters.

Could that be possible here? Already, plenty of Americans are asserting the right to carry guns in previously unlikely places (such as in schools and government offices). Already, they are forming private militias for purposes such as patrolling the Mexican border and protecting a claimed right to graze cattle on federal lands. Again, when private citizen militias already carry guns for those purposes, it's "just" a matter of expanding the scope of an established principle to use guns for other purposes.

The only real threat to American democracy comes from Americans themselves. If our politicians continue to yield to pressure from extremists not to compromise and remain mired in gridlock, the majority of decent Americans may in frustration come to view an authoritarian government as the only solution to political gridlock — as a lesser evil that has to be tolerated.

Decent Americans should learn from recent history. Compromising cherished political beliefs will be painful, for both Republicans and Democrats. But the alternative, as Chileans and Spaniards can attest, might be something far more painful than compromise.

The last several paragraphs above are surely puzzling. We can't imagine Thomas Paine or Thomas Jefferson worrying much about Americans "asserting the rights to carry guns" or about citizens forming private militias.

We can't imagine many of the founding fathers worried a lot about government gridlock, as it was fashionable at the time to oppose political parties and to hope they never took root.

Finally, we can't imagine that many of those who fought to create what was once the world's largest and freest republic would have worried about the possibility that the staunch fighting farmers of the day would agitate for a dictatorship because not enough legislation was being pushed through Congress.

But that is what the editorial seems to suggest, if the logic is extended. And as mentioned above, the editorial is actually a thinly-veiled attack on libertarianism, in our view.

The key sentence is here: "If our politicians continue to yield to pressure from extremists not to compromise and remain mired in gridlock, the majority of decent Americans may in frustration come to view an authoritarian government as the only solution to political gridlock – as a lesser evil that has to be tolerated."

The extremists here are libertarian-oriented individuals from both the right and the left who believe US "democracy" is out of control.

The US is involved in uncountable wars overseas, is undermining the political stability of its neighbor to the south in an apparent attempt to soften it up for a merger, is implementing an authoritarian health care system that will fine people for not participating in it, runs the largest penal system in the world by far, spends more money on the military than all other countries combined, has created a plethora of intel agencies that spend more time spying on their own citizens than intercepting threats abroad, etc., etc …

Yes, the US is descending into fascism of a sort, but not for the reasons the article predicts. It is the incessant globalism of a few influential Western citizens and facilities that is driving the US towards international "corporatism."

This is characterized by rigid cooperation between multinationals and federal governments. The process is well-advanced in the US – and historically partakes of certain elements of pre-war National Socialist Germany – or Italy at the time, or Japan.

This is what free-market oriented US citizens ought to be worried about, not some sort of authoritarian uprising based on dissatisfaction with a do-nothing federal government.

The signs are clear; this article is just one more. We've advanced various solutions based on the messages embodied in this sort of op-ed. These solutions are the ones that people have turned to whenever despotism threatens civilization. They ought to be studied carefully.