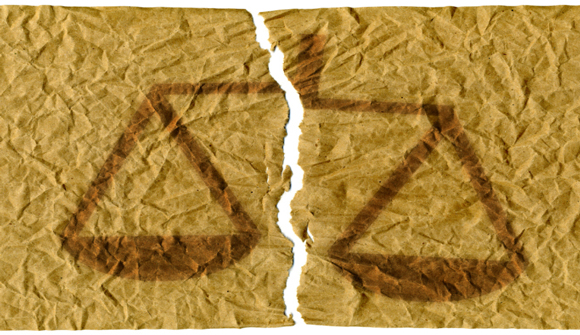 STAFF NEWS & ANALYSIS
Last Friday was a “supreme” example of a superpower in decline
By Simon Black - January 10, 2022

By the late 7th century BC, ancient Greek civilization had already reached a critical breaking point.

This was still in the ‘archaic period’ of Ancient Greece, centuries before the classical ‘Golden Age’ and famous historical figures like Socrates, Herodotus, Archimedes, and Pericles.

Yet at this early stage in Greek history, Athens was on the verge of destroying itself.

A few bad harvests had brought the city-state to the brink of civil war. The working class was heavily indebted and going without food. The wealthy were battling against rising crime rates and threats to their properties.

Athens was literally lawless at the time; most disputes were settled through violent retaliation, resulting in endless sworn blood feuds between opposing families, and peasants were routinely pressed into slavery.

So in the year 620 BC, the people of Athens commissioned a legal scholar named Draco to codify a system of laws in an effort to make peace and restore order to Athens.

Draco’s code was, in a word, harsh. It was actually legendary for its cruelty, giving rise to the modern term draconian, meaning ‘overly severe’. And the new set of laws did virtually nothing to solve the social problems in Athens.

One of the big problems in Draco’s code was that the elites remained in full control of the courts. So essentially a small minority of Athenian citizens had the power to interpret the laws in their own interests, and change the rules whenever they wanted.

The ancient historian Plutarch wrote of this period that the conflict “between rich and poor had reached its height so that [Athens] seemed to be in a truly dangerous condition, and no other means for freeing it from disturbances seemed possible but a despotic power.”

And that’s exactly what they did.

In 594 BC, Athenians tried to restore order for a second time by appointing a well-known local citizen named Solon to be their dictator.

This was not an uncommon practice among ancient civilizations, which often resorted to appointing dictators during times of crisis.

Solon was tasked with ending the class war and bringing peace to Athens. And one of his first acts was to declare full amnesty for anyone who had been jailed, enslaved, or suffered persecution under Draconian rule.

He then set out to rewrite the entire legal code. And, unlike Draco, Solon ensured that the law would apply equally to everyone, without distinction of wealth, class, or even political position.

Solon’s extensive reforms succeeded. And when asked, years later, what had turned Athens into such an orderly and well functioning city-state, Solon replied, “the people obey the rulers, and the rulers obey the law.”

This principle, known as ‘Rule of Law’ has become one of the most important common characteristics of major superpowers throughout history– ancient Greece, Rome, the British Empire, the Dutch Republic, etc.

I’ve written about this extensively over the years, because the Rule of Law is rapidly eroding in the United States. And it is a major indicator of America’s decline.

Most often these examples come from politicians, who refuse to follow their own rules.

We saw this last year with the constant COVID-1984 hypocrisy– politicians going out maskless to their hairdesser appointments while ordering everyone else to wear masks and stay home.

Their message was clear: The rules are for thee, not for me.

We’ve also witnessed some of the most utterly absurd instances of declining Rule of Law.

For example, earlier this year the head of the CDC decided to appoint herself America’s Housing Czar, effectively giving herself total control over the $10+ trillion US residential real estate market.

Just like the Athenian elites under Draco’s code, she decided to interpret the law for her own power and interest, and declare a national moratorium on rental evictions.

Fortunately she was sued, and the courts ruled very clearly: the CDC does not have any legal authority to regulate the US housing market.

It’s ridiculous that that the matter even had to go to court. But at least the process worked, because the court system has historically been the last line of defense in maintaining a strong Rule of Law.

Federal judges are supposed to rise above politics. They’re appointed for life, so they don’t have to stand for election or worry about poll numbers. Their SOLE priority is defending the Constitution.

Yet now we see even this pillar is breaking down.

You probably heard that the US Supreme Court heard oral arguments on Friday regarding the federal government’s vaccine mandate.

Specifically, Hunter Biden’s dad told the Occupational Safety Health Administration, which regulates workplace safety, to require businesses across America with more than 100 employees to mandate vaccines in the workplace, or masking/testing.

This order was almost immediately challenged, and the case was heard in two separate federal courts. One court ruled in favor of an injunction, the other ruled against it.

And so the case landed rather quickly in front of the US Supreme Court.

Now, I’m not going to opine on the legality of the OSHA order. I think it’s an absurd perversion of government power, but I have no say in the matter. Ultimately it’s for the Supreme Court to decide.

But they should decide. In fact it’s their solemn duty to decide whether or not OSHA has the authority to require vaccines in the workplace.

This is the fundamental issue. It’s not even a question of whether or not the mandate is a good idea, or whether they think OSHA is trying to save lives. Those points are irrelevant.

The court’s responsibility is to determine whether the order is legal, whether OSHA is following the law and the Constitution.

Sadly, that’s not what happened on Friday.

I listened to the entire 4+ hours of audio over the weekend, and frankly some of the Justices’ remarks were simply ridiculous.

First, it’s worth pointing out that everyone in the room had to produce a negative COVID test before being allowed to enter. Everyone present was double vaccinated, and most were boosted. And almost everyone was wearing a mask.

Yet Justice Sotomayor still refused to be in the room. She phoned it in from her private office down the hall.

Clearly it doesn’t matter what protocols are in place; this person has chosen to be terrified no matter what. And unsurprisingly her remarks smacked of fear, paranoia, and ignorance.

Sotomayor stated that, for example, that “over 100,000” children are in serious condition, i.e. hospitalized, “many on ventilators”.

This is 100% patently false. Even the CDC had to refute her comments.

Nevertheless, Sotomayor thinks that the OSHA mandate is a great idea and will save lives. Therefore she seems to have no problem with it, regardless of the legality.

She even concluded that since Congress isn’t willing to pass a law requiring a nationwide vaccine mandate, that OSHA should do it.

Similarly, Justice Breyer was practically exasperated in citing all the death statistics and case numbers, and wondered how in the world could anyone possibly be against the OSHA order?

Justice Kagan chimed in stating that “we all know” that OSHA has put forth “the best policy”. Apparently she speaks for all of us.

These are all extraordinary comments. And their general nature was that these Justices like the OSHA mandate, therefore they’re in favor of it.

This is a gross, despicable violation of their most sacred responsibility. Their personal opinion about the OSHA order is not relevant. The only thing that matters is whether or not it’s legal.

But they seem to be completely ignoring that central question, and are instead attempting to insert their personal fears into public health policy.

The Supreme Court may likely end up ruling against the mandate. But the fact that so many Justices are ignoring the Rule of Law in this case is another terrible sign of a superpower in decline.