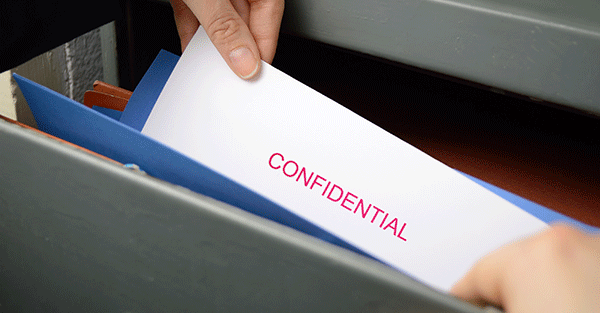 WikiLeaks releases latest documents from TISA negotiations … The classified annex to the draft “core text” of the Trade in Services Agreement is part of what is being secretly negotiated by the U.S., EU and 22 countries.  The website WikiLeaks released on Wednesday classified documents from the Trade in Services Agreement, or TISA, which is a huge trade agreement being negotiated in secret by the United States, the European Union and 22 other countries.  -Telesur

This release seems to make it clear that global elites are using trade treaties to write a new global constitution.

What is the new structure being imposed?

Over the past millennium, societies have been organized around feudalism and democracy. Now we are headed toward corporatism.

TPP has been successfully negotiated and ratified. TPIP seems to be in some difficulty, currently.

From the EU Observer:

TiSA is based on the WTO’s General Agreement on Trade in Services (GATS), which involves all WTO members.  The key provisions of the GATS – scope, definitions, market access, national treatment and exemptions – are also found in TiSA.

The talks are based on proposals made by the participants.  TiSA aims at opening up markets and improving rules in areas such as licensing, financial services, telecoms, e-commerce, maritime transport, and professionals moving abroad temporarily to provide services.

This is fairly innocuous sounding. But none of these deals are innocuous.

Based on the WikiLeaks release, Telesur explains TISI this way,

The documents include a previously unknown annex to the TISA core chapter on “State Owned Enterprises,” which imposes unprecedented restrictions on SOEs and will force majority owned SOEs to operate like private sector businesses.

The leaked documents show how stipulations outlined in the TISA documents advanced the “deregulation” of big corporations entering overseas markets.

According to the leaked documents, the TISA rules would also restrict governments’ ability to determine the size or growth of certain economic activities and entities, preventing nations from limiting the size of foreign companies in the market.

This perfectly buttresses our previous perspective that the world is moving toward an era of increased globalism driven by corporate activism. You can see a previous article HERE.

It was the Gutenberg Press that basically ended feudalism. Once people could read bibles for themselves, they discovered the Roman Catholic Church had been lying.

And once the lies were understood, the Church lost credibility – and so did its endorsements. The “divine right of kings” became something of  a dead letter and feudal credibility was shattered.

Enter democracy, which has lasted as an operative system for more than 200 years.

But now, thanks to the Internet, democracy is dying. The Internet has exposed its inherent fallacies. Chiefly, democracy is not what it seems to be. It is controlled behind the scenes from the top down, and more and more people are aware of that now.

Thus a change must be made. Enter corporatism – a kind of technocracy.

Corporatism actually serves two purposes. In an era of elite globalism, corporations are transnational and thus provide a platform for pan-regional transactions.

Additionally, corporations, properly positioned, are not subject to the inevitable restraints of the democratic process.

Corporations and the technocrats who run them fit into the globalist structure now being erected.

People don’t necessarily see it this way, of course. For most, these massive trade deals are simply  a way for elites to enrich themselves.

But these are not really trade deals. They are structures designed to trigger a social metamorphosis. They are a new “ruling paradigm.”

Constitutional mandates that must be approved by each party. That’s why so many nations are involved.

As always, we’d argue we are living at a crucial turning point in the history of mankind.

Never has so much information about the way the world works been available. Never have ruling elites been so exposed and undermined.

To think it will stay that way is foolish.

The solution is to create a new world order that will reestablish elite control.

Taken together, these three trade deals seem to create activist corporations that will exercise enormous clout over nation states.

Corporations, of course, are artificial entities to begin with. We’re written plenty of articles explaining that large multinationals would not exist were it not for certain judicial and legislative decisions.

These decisions have create “corporate personhood” along with intellectual property rights and monopoly central banking. These three “legs of the stool” support an increasingly expansive corporatism.

There is not a scintilla of free-market evolution in all of this, by the way. Ignorant people will blame “capitalism” for what is occurring now. They will be wrong.

We have questions about these serial “WikiLeaks,” just as we have reservations about Edward Snowden’s NSA revelations.

In Snowden’s case, we tend to believe that the DC power structure wanted people to know about its vast surveillance powers but could not release the information itself.

Snowden (once CIA and now a “whistleblower”) did the job that needed to be done.

Today, people throughout the world are intimately aware of the “surveillance society.”

Predictably, the NSA and other agencies have not backed away from their illegal and reprehensible activities. That was never part of the plan. Intimidation has been generated without ramifications.

Let’s extend this reasoning to the trade treaties. It could be that those negotiating these agreements have realized that they cannot be consummated in secret.

WikiLeaks strategic leaks of certain documents can therefore be seen as a way of acclimating the public to this upcoming, massive social realignment.

Hollywood movies are often used in the same manner, to inform people of new and  invasive technologies that are soon to be available. When people are aware of something in advance, they often are not so resistant to it.

Conclusion: Massive changes are being initiated by Western banking elites. What is being created is no less than a kind of “global constitution,” treaty by treaty. What’s going on has little or nothing to do with trade and everything with rationalizing and expanding global control by the few over they many.