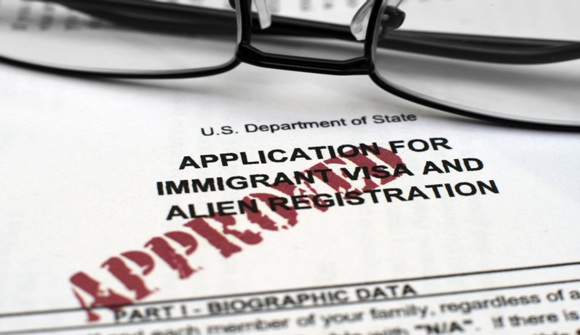 We Will Win the Global War Against Radical Islamists … “What good comes from slowing down immigration of people from the Middle East?”  This is what we are hearing from the so-called smart pundits on the news this morning after a butcher dragged and crushed innocent people down a street for a mile in Nice France.   This is just the latest battle in a global war being waged against anyone that is not willing to bow down to violent radical Islamism.   We need to get in this war with all our might and bind the entire world together to hunt down the cowards that subscribe to the twisted ideology of radical Islamism. -Observer

This article makes a significant distinction between radical Islam and “US Muslim allies” around the world.

Flynn has also written a book about fighting against radical Islam. And Donald Trump may have considered him for vice-president.

The article is pertinent to DB because we published an article not long ago explaining that those who lived in Muslim countries were fairly civilized and democratic. You can see the article HERE.

We explained that New Gingrich, a member of CFR, was demonizing Islam for his own political purposes.We found it exploitative and even reprehensible.

We received a huge amount of commentary and condemnation, too. The basic thrust of the comments was that if you believed in Islam, you were a backer of Islam-based Sharia law and thus wished to convert the society in which you lived to radical Islam.

Every Muslim was a potential Islamic terrorist, in other words. And Sharia law was not only incompatible with the Constitution, it was inevitably going to be substituted.

We were urged to educate ourselves about the need to regard 1.5-2 billion Muslims as “enemies.”

But we argued, then as  now, that the vast majority of people who are Muslims are no different than Christians. Most relate to their religion at least partly as a matter of social convention. They have other, bigger, professional and personal worries  They are no more likely to insist that on Sharia law than Roman Catholics are to insist on the primacy of the Papacy in an Islamic country.

There is a huge difference between the current crop of Islamic fundamentalists and the average Muslim.

Let’s see what Flynn says about it.

-Violent radical Islamists do not follow the real message of the Quran. Its time our Muslim allies around the world make this clear. Say it every day with no caveats.

-Call them by precise language. Admit they are ideologues subscribing to radical Islamist political/religious views; that are an anathema to peace-seeking Muslims.

-As a wise Muslim scholar once said, “Islam is not a religion of peace; or war. Islam is a religion, just like any other. Peace and war depend on one’s interpretation and ends.”

-The religion of Islam has not declared war on the world. Those who would twist a few ideas taken from Islamic history and turn it into a call to wage mass violence against anyone that doesn’t think like them are the enemy.

-We need to be disciplined in our use of the terms radical Islamism. This term separates over a billion Muslims from the enemy that butchered the innocents in Nice. We need to help the peace seeking Muslims of the world to root out this cancer.

Good for Mr. Flynn. He separates out more than a billion peaceful Muslims from a handful of radicalized murderers.

Anyone can make an anti-religious argument and accuse believers of fanaticism. For those who will continue to insist that Islam itself is “bloody,” here’s a timeline of Roman Catholic Massacres:

Having done so well, it is too bad Mr. Flynn doesn’t follow his article’s logic to its ultimate conclusion.

He is so eager to create a war against radical Islam that he forgets – intentionally or not – to make the point that the “enemies” he identifies are in large part created and supported by his own country and by elements in Israel and other Western countries – significantly, London’s City.

There is no doubt that Al Qaeda and then ISIS are Western products.

You Can’t Understand ISIS If You Don’t Know the History of Wahhabism in Saudi Arabia
http://www.huffingtonpost.com/…

Even terror attacks themselves constantly raise questions about the reality of mainstream media reporting.

It has emerged, reportedly, that the white truck used to mow down 80-plus people presented not even a spatter of blood on its paint at the end of the massacre. If so, how’s that possible?

The current economic depression in which the entire world is embroiled is not a coincidence. It is a result of purposeful central bank policies. You cannot consistently debase money and expect to create wealth.

The second inevitable, element of the current plot to expand globalism involves setting up and expanding regional wars to ensure the current corrupt economic system is not taken down.

The US – not Islamic countries – has been fomenting and prosecuting serial wars killing and injuring millions ever since the end of World War II. The US even helped support a terrible war between Iraq and Iran.

Yes, in certain countries, Islamic culture involves honor killings of family members and other repugnant practices. But this part-and-parcel of non-Western societies.

Much of what Westerners consider “civilization” – licenses, government judiciary, local civilian and military policing – is actually part of a program of control that is supposed to collapse into chaos and despair before giving rise to hyper-internationalism.

As we noted the other day, honor killings take place in India too, among Hindus. But the current elite meme is aimed at Islam.

In Afghanistan, the US has long compensated families with financial settlements after killing innocent members. This is because the Afghan/Islamic legal system is an ancient one from simpler times.

It would never occur to many in Afghanistan that the preferred way of dealing with a crime is via long.-term lock up that deprives the family of sustenance and parental control.

One surely can ask if imprisoning millions of people for in many cases relatively minor infractions is preferable to an old-fashioned, “private” judicial system that allows people to settle their problems independent of “state justice.”

Which, really, is the more civilized alternative?

Certainly Western elites are taking advantage of a clash of cultures. Muslim emigration to Europe is being encouraged. It builds tension and creates the psychological soil available to nurture military actions. Upcoming, expanded wars are intended to distract people from what has been done to them financially.

Another Reason for Brexit: EU ‘Was a CIA Project from the Beginning’
http://www.telegraph.co.uk/bus…

“The Migration Crisis: Victims of Western Wars Forced to Flee Their Countries”
http://www.globalresearch.ca/t…

Those who currently demonize Islam – and “all” Muslims – are supporting and advancing globalist misinformation. They are ultimately, one way or another, contributing to their own enslavement.

None of this is new. The same tactics were used to generate two world wars in the 20th century.

Conclusion: There are many problems in the world today. One of the biggest is that people are either purposefully or mistakenly mis-identifying who and what is responsible for them.The West is at fault for supporting Saudi Wahhabism and creating radical Islam.