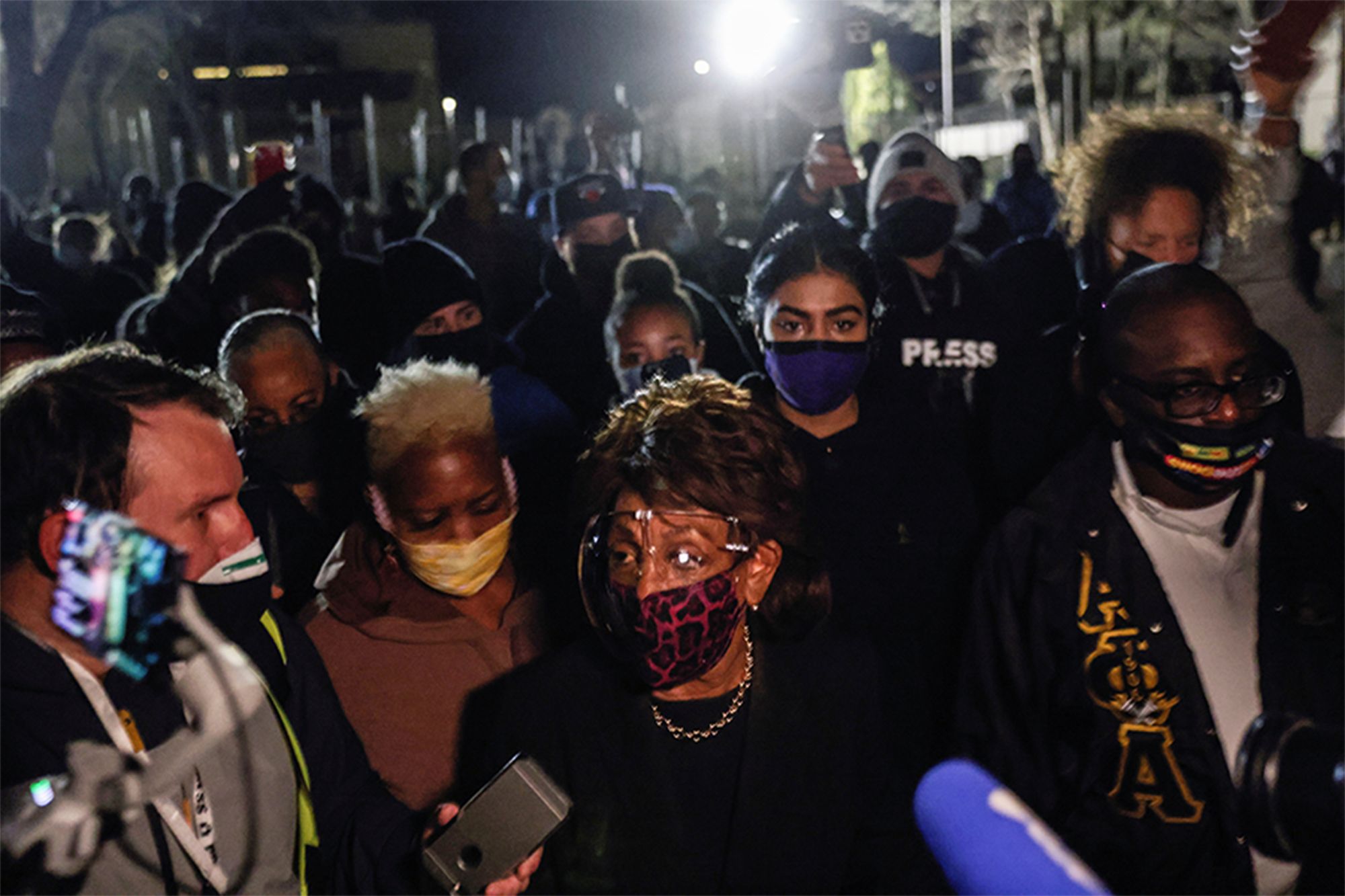 A federal politician travels to the scene of a controversial trial to threaten a riot if the jury doesn’t deliver the “correct” verdict. Rule of law is such an antiquated idea.

In front of God and country (and journalists with cameras) Rep. Maxine Waters – from behind a face mask/face shield combo for COVID safety, of course — declared:

“We’re looking for a guilty verdict… If nothing does not happen [sic], then we know that we have got to… stay in the streets…I hope we get a verdict that says guilty, guilty… And if we don’t, we cannot go away.” 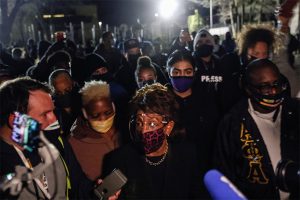 When asked what she thinks protesters should do, Waters explicitly told them to “get more active”:

“We’ve got to stay on the street. We get more active, we’ve got to get more confrontational. We’ve got to make sure that they know that we mean business.” 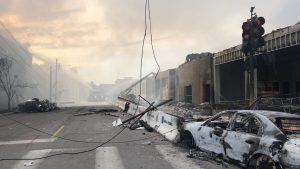 The subtext, of course, is that previous protests were not confrontational or “active” enough. What exactly would a “more active” Minneapolis riot round #2 look like?

Maxine Waters, incidentally, theoretically represents LA – quite a long drive from Minneapolis or, for that matter, Washington, D.C. Waters most likely flew in on a chartered jet, though, and left the driving to the proletariat.

The judge in the case, Peter Cahill, replied to Chauvin’s lawyers’ motion that he declare a mistrial due to Maxine Waters’ threatening rhetoric on the streets of Minneapolis:

“I wish elected officials would stop talking about this case, especially in a manner that’s disrespectful to the rule of law and to the judicial branch and our function… I’m aware the Congresswoman Waters was talking specifically about this trial… if (representatives) want to give their opinions, they should do so in a manner that is consistent with their oath to the Constitution to respect the co-equal branch of government… Their failure to do so, I think, is abhorrent.”

This is practical proof that the trustees of the fictitious democracy fantasy we are all forced to accept don’t believe in the legal process or rule of law – as if Americans required more evidence of their Congressional representatives’ failings, over and over and over.

Outside of rule of law, the federal government and the corporations that functionally own it treat the American citizenry to a host of abuses:

(just a light sampling; an hors d’oeuvre in the feast of new-age totalitarianism free of legal constraints)

The Sixth Amendment of the US Constitution reads:

‘In all criminal prosecutions, the accused shall enjoy the right to a speedy and public trial, by an impartial jury of the State.”

Imagine, for a moment, the mental process of a juror in the Floyd case, a resident of Minneapolis – the same city in which Maxine Waters threatened mass violence if the jury you belong to fails to render a “guilty” verdict. Perhaps you live in one of the same neighborhoods that was essentially leveled in the riots of June 2020.

Maybe, for some masochistic reason, you enjoyed shopping at your local Target before “protesters” pillaged it and you couldn’t buy waffle batter and Korean electronics or whatever.

Or, maybe you really liked the guys at the local AutoZone who helped you out with sourcing car parts – the ones who don’t have a job anymore because they don’t have a building to work in after protestors torched it. 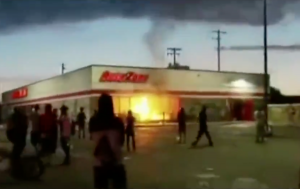 Yes, you have been instructed not to view news surrounding the trial as all jurors are. But now, after coming home from a long day at court, Waters’ tirade is all over your social media as you scroll through your newsfeed.

How could it not be? A sitting member of Congress not only sanctioned but encouraged riots in the same case that you, again, are charged with rendering an impartial verdict in.

Even if you wanted to ignore Waters’ threats to remain in good faith as a juror and try your best to deliver justice, you couldn’t. Humans, however Stoic, are not robots.

What are you going to do? Is impartiality possible in such circumstances when it’s your own city, maybe even your own neighborhood, on the chopping block at the whim of a faceless, nameless mob?

Or are you going to bow to the pressure and give the mob the verdict it wants – and hope and pray that’s enough to satisfy them and prevent more lootings and burnings (though that’s certainly no guarantee).

If Waters believed in rule of law, a basic Constitutional function of the government, why would she not let the process finish?

In the weeks leading up to her calls for riots on the streets in the event of an acquittal, every legal analyst worth his or her salt predicted a guilty verdict on all counts.

So, why would you disrupt the process days before the guilty verdict demanded by the mob, tainting the jury pool potentially and, as a result, nullifying the entire court proceedings and mandating a retrial?

“Congresswoman Waters may have given you something on appeal that may result in this whole trial being overturned.”

Of course she gave cause for appeal, by any rational standard or analysis. A sitting member of Congress traveling to the scene of active protests to fan the flames of rage and threaten riots on camera that almost literally everyone – including the jurors in the case – have seen.

This is not a mere case of Congressional misconduct – those happen every day. This is the instantiation of mob rule as a substitute for law. Justice is now dispensed at the whim of popular opinion, which is not gauged by any scientific means like polling but rather through raw expression of power on the streets.

Where this ends is anyone’s guess, but it’s not likely to be anywhere decent. Some more multinational corporations that worship at the altar of neoliberalism might get their Minneapolis stores torched along with rule of law, at least, and no one will mourn the loss.