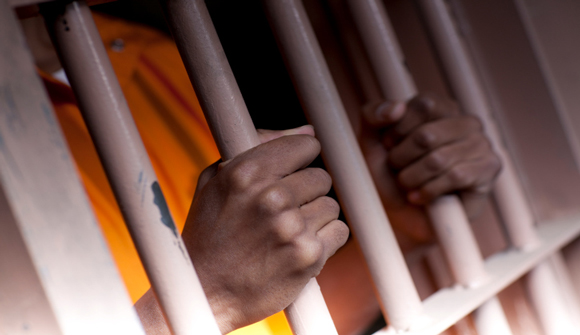 “How do we fit the latest tragedy into our political agenda?” The media wondered. “Gun control is so cliché. And even though the tragedies get bigger and bigger, we still have little luck!”

“I have an idea!” Exclaimed one outlet, “We can convince people that if they don’t report their neighbors and family members to authorities for acting subjectively crazy, then they are to blame for crazy people’s actions!”

“Yes!” Agreed another, “And we can tell them that ‘micro-aggressions’, criticism of the government, and just getting a bad feeling from someone are all worthy of reporting to the authorities!”

And just like that, the media was able to turn their frowns upside down. They exploited the good crisis in the name of the progressive dream. It’s easy to keep citizens under strict watch when fellow citizens do the policing for you! And they all lived happily ever after, sewing fear and mistrust into the fabric of society. The End.

Snitch to Absolve Yourself of Guilt

You may think these events are engineered, or rather that real tragedy will be used to push political agendas. Either way, perhaps the old gun control push is out of style.

A possibly more sinister attempt is underfoot to get Americans to turn on each other. Be suspicious of anyone that makes you feel icky. Rat out your neighbor. Being politically incorrect is just one step shy of a shooting rampage. That is the message.

And if you don’t call the police to report suspicious behavior, you are just as guilty as a mass murderer. That is the story the media is selling.

Instead of ignoring, mocking or laughing off the people in our society who seem disgruntled, angry or somehow “off” we must report them. We need to take a more active role in not just paying attention to the people who give us an uneasy feeling, but in taking the next step by alerting law enforcement when we have uneasy feelings or are worried about a person’s potential for violence.

That’s right, the true problem is that we haven’t been proper social spies.

But if the problem is mental health, this will only exacerbate it. When people feel restricted, they literally go crazy. If someone seems angry and disgruntled now, imagine how they will feel after you report them as a suspected terrorist.

How many people on the edge might be pushed to violence when they find out that their neighbors alerted the authorities to their “potential”, whatever that means, for violence?

Coercion is linked to mental illness. When people feel trapped, a small minority will act out violently.

Imagine if you feel that your neighbors are constantly judging your quarks, and calling you crazy. This could easily move more people on the continuum towards violence. This would just be yet another injustice they feel they have suffered at the hands of an oppressive society.

What kind of person does the mainstream media consider a potential candidate to be the next mass shooter?

Let’s take snippets of information about the last mass shooter. Let’s generalize those behaviors to assume anyone guilty of such acts is a potential killer.

“He was the king of microaggression,” his brother, Eric, said…

The other thing that set Paddock apart was his “irreverence toward authority,” Mr Alarcon said.

If you hate political correctness or are anti-authority, you might be a terrorist.

Other suspicious behaviors: not being sociable with neighbors, and not being talkative at bars. The media wants to make sure people are all together, keeping an eye on each other. Don’t let someone be a loner, don’t let anyone keep to themselves. You must probe and prod. The desire for privacy is suspicious. What are they hiding?

There are always clues. Threats posted online, angry or violent sentiments conveyed in conversations, guns purchased, and ammunition stockpiled are among them.

Do you know anyone who has posted rants on Facebook, seems angry sometimes, or is just a little too into guns? Probably a terrorist. Report them.

For More Snitching to be Effective, Criminalize More Behaviours

So you snitch on someone for acting suspiciously. The police interview him, he hates society a little bit more, and then the police let him go. They can’t charge him with anything because he hasn’t done anything illegal.

The media thinks the solution is to simply criminalize behaviors which they think could lead to later crimes.

Should we criminalize stockpiling ammo? Should acting crazy be a crime? Should we start locking people up on suspicion, or for being disgruntled at the government?

The whole mental health thing is a terrifying possibility. What if they start locking people up based on some arbitrary definition of what constitutes crazy? Of course, we know exactly what will constitute crazy. Saying anything critical of the government.

We also must take a hard look at our laws and consider much more stringent penalties for making terrorist threats. Given the crisis we face, perhaps we should abandon the mentality that mass murderers and terrorists are innocent until proven guilty. Threats alone should be as intolerable as actions. Promising to commit these abhorrent acts should be grounds enough to bring them to swift and harsh justice before they act.

The laws against making terrorist threats are a joke. There are people in prison for posting violent rap lyrics on social media.

It is already illegal to make threats. But what is the media suggesting? Locking people up and throwing away the key?

That’s what we need, to do away with innocent until proven guilty. Everyone is guilty according to the media.

Why not just skip the extra steps, and arrest anyone who doesn’t fit the media/ government definition of normal? Citizens will be properly assimilated, or citizens will be reeducated.