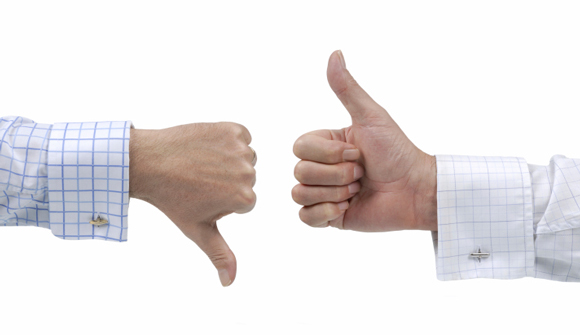 The rise of the climate change denier: New figures find 23% of Americans do not believe global warming is happening Research found 63 percent do believe in climate change 53 percent are 'somewhat' or 'very' worried about the consequences Change believed to be in response to coverage of IPCC talks – Daily Mail Online

Dominant Social Theme: Climate change is real. The majority believes in it.

Free-Market Analysis: Long ago, we figured out that a lot of opinion polling simply provided promotional feedback. In other words, the elites that launch dominant social themes into the world compulsively poll to find out if their propaganda is successful.

In the case of global warming AKA climate change, they are being consistently disappointed. This is one of the biggest success stories of the alternative media. Before the email exposure of global warming several years ago, this particular promotion was doing well.

But the exposure of emails that showed a few professional fanatics at various academic and UN chokepoints were controlling a conversation intended to influence millions and even billions was something from which the meme never really recovered.

Like other scarcity memes intended to frighten middle classes into giving up power and wealth to globalist entities, the global warming meme is still being pushed compulsively by top banking elites but without much success.

So much was linked to global warming: smart meters that would measure people's use of energy every minute of every day; carbon marketplaces would trade carbon credits in massive quantities; even deindustrialization – another elite goal – could be justified based on man's overuse of carbon …

Even today, many of the top men who were responsible for the warming meme probably cannot quite believe in its demise. In the 20th century almost everything they tried worked well. The vast majority of the people on the planet had no idea they were being manipulated. But because of what we call the Internet Reformation, everything has changed.

And so, almost in disbelief, they poll. They take the temperature of an increasingly suspicious and sullen electorate. They look for signs that their painfully developed tools of mass persuasion are working again.

More Americans than ever before believe global warming isn't happening, a new study has found. The Yale Project on Climate Change Communication study found the number has risen to 23 percent, up 7 percentage points since April 2013.

The latest survey, taken in November 2013, finds that the majority of Americans — 63 percent — do believe in climate change, and 53 percent are 'somewhat' or 'very' worried about the consequences. 23% of Americans do not believe global warming is happening …

'The great majority of climate scientists have concluded that global warming is happening, mostly human caused and, if left unchecked, will have serious consequences for human societies and the natural world,' the report's authors said.

'Yet, over the years, there has been considerable confusion within the American public about the level of scientific agreement on the subject.' The study, conducted in November, found About two in three Americans (63%) believe global warming is happening.

'The proportion of Americans who say they 'don't know' whether or not global warming is happening has dropped 6 points – from 20 to 14 – since Spring of 2013. The researchers also say Americans believe that even if it exists, global warming is not their problem.

Too bad. We won't shed a proverbial tear over the additional problems that those propagating this dominant social theme are experiencing. But in fact, the damage has been so bad – and the meme so irretrievably blunted – that we wonder if there is not a move afoot to pull away from it entirely.

The climate between Brussels and Berlin is polluted, something European Commission officials attribute, among other things, to the "reckless" way German Chancellor Angela Merkel blocked stricter exhaust emissions during her re-election campaign to placate domestic automotive manufacturers like Daimler and BMW.

This kind of blatant self-interest, officials complained at the time, is poisoning the climate. But now it seems that the climate is no longer of much importance to the European Commission, the EU's executive branch, either. Commission sources have long been hinting that the body intends to move away from ambitious climate protection goals.

On Tuesday, the Süddeutsche Zeitung reported as much. At the request of Commission President José Manuel Barroso, EU member states are no longer to receive specific guidelines for the development of renewable energy. The stated aim of increasing the share of green energy across the EU to up to 27 percent will hold.

But how seriously countries tackle this project will no longer be regulated within the plan. As of 2020 at the latest – when the current commitment to further increase the share of green energy expires – climate protection in the EU will apparently be pursued on a voluntary basis.

With such a policy, the European Union is seriously jeopardizing its global climate leadership role.

Incredible stuff. We've long forecasted that top elites would contemplate a "step back" once they realized the damage the Internet Reformation had caused to their sociopolitical and economic manipulations. Perhaps this is the first sign of it.

Of course, from what we can observe, these memes are never entirely retracted, and it could be the forces behind them are just realigning what they want to emphasize.

Nonetheless, we've made the argument that fracking is at least partially intended to weaken the petrodollar by making the Middle East less important when it comes to oil production. Once oil can be produced anywhere throughout the world, Saudi insistence on a dollar monopoly for oil comes to an end.

It may seem odd that the Anglosphere itself is behind the destabilization of the dollar but from what we can tell, those involved have decided that the dollar needs to be undermined in order to bring in a more global currency.

The important thing about elite meme-watching is that one has to be attuned to policy changes apparently coming from on high and that one needs, as well, to track the ascendency of one promotion over another.

We're not saying that anything basic has changed but nonetheless, this bears watching …