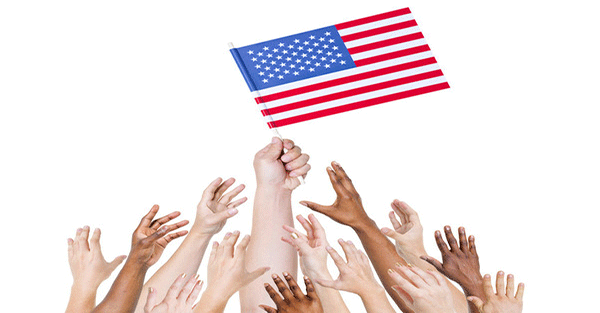 Gloucester ammo store’s sign criticized for its ‘ugly timing’ … The sign outside the Gloucester Supply Center has generated criticism of and support for the shop owner …  When George Allen Jr. mounted a 15-square-foot sign that reads “WE SELL AMMO” outside of his shop here, just days after a mass shooting in an Orlando nightclub, he posted the bright yellow marquee not only to let customers know about a new product on his shelves but also to make a statement in support of the Second Amendment.  “It’s a beautiful thing,” Allen said. “It’s the right to protect yourself.”   -BostonGlobe

Early in July, after the Orlando shooting, an ammo supplier (see above) began advertising the ammunition he’d started selling.

“It’s a beautiful thing,” he stated, “… The right to protect yourself.”

Alan’s sentiments invoke “human action,” the idea that people ought to take action to deal with their own problems whenever possible. This is an example of local activism at work and part of a wave of such activism sweeping the US and causing havoc with elite interests.

It affects politics as well, where local challenges to established political figures are increasingly successful – partially as a result of the Tea Party movement. The latest example may be the challenge of Trump supporter Paul Nehlen to House Speaker Paul Ryan.

Fedgov ownership of public lands continues to be challenged. In fact, language was placed in the Republican Party’s 2016 pre-convention platform calling on Congress to return federal lands to the states immediately.

“Congress shall immediately pass universal legislation providing a timely and orderly mechanism requiring the federal government to convey certain federally controlled public lands to the states … We call upon all national and state leaders and representatives to exert their utmost power and influence to urge the transfer of those lands identified.”

Local activism is a key to change. Unfortunately, migration, gun control and other communal issues have, over time, landed in the lap of the federal government.

Once the power of the federal government is invoked, demagoguery becomes the order of the day and local control slips away.

Last month, we wrote about New Gingrich’s call HERE for the federal government to enact a “Shariah Test” in order to shut down Islamic fundamentalism in the US.

Gingrich’s proposals went farther than that. During an interview with Sean Hannity, Mr. Gingrich said:

“We need to be fairly relentless about defining who our enemies are. Anybody who goes on a website favoring ISIS or Al Qaeda or other terrorist groups, that should be a felony and they should go to jail.

“Any organization which hosts such a website should be engaged in a felony; it should be closed down immediately.”  …

Hannity may agree with Gingrich, but the problem of immigration in the US is that it has become a federal issue to begin with.

In the first part of the 20th century, immigration came from European countries. But after the 1965 Hart-Celler Act, see HERE, immigration patterns were shifted to developing nations.

DB is libertarian. We suggest the more control that resides at local levels, the better.

Ideally, there would  be no government property, or very little, and thus no immigration argument. People would, of course, do as they chose with their own property (and business interests), including immigration arrangements.

To the degree that it is possible, people ought to be advocating that issues like gun control and immigration be removed from federal control and resolved locally or even at the state level.

For instance,, as part of his anti-Islam argument, Gingrich (a member of the internationalist Council of Foreign Relations) advocated that fedgov ought to put people in jail if they read “terrorist” material regarding ISIS or Al Qaeda.

But Homeland Security has already suggested US constitutional advocacy as a terrorist act. At some point, Gingrich’s advocacy against Islam could be extended to those who believe in US constitutional rights. These people too could be jailed for visiting websites favorable to their points of view.

In fact, it is the US government with allies, as we have extensively documented, that helped create ISIS and Al Qaeda in the first place.

Whether it is gun control, immigration or other contentious cultural issues, local control is better. Freedom is enhanced by local control – where individuals can influence community policy – and diminished by federal authoritarianism.

Conclusion: When George Allen advertised ammo and suggested people protect themselves, he had the right idea. Local activism is the key to lasting change that cannot be manipulated out of DC.