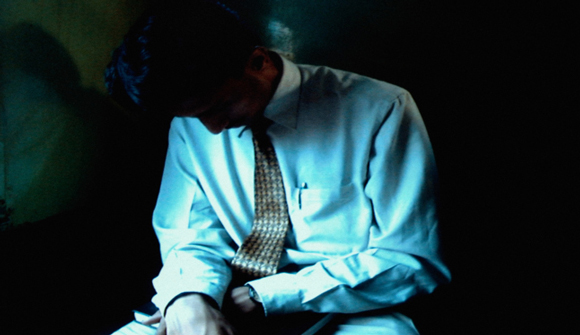 STAFF NEWS & ANALYSIS
Misery of a Meme … Mainstream Media Profiles Boy Genius Who 'Made It Up' – and the Frat Rape That Wasn't
By Staff News & Analysis - December 17, 2014

EXCLUSIVE: New York Mag's Boy Genius Investor Made It All Up … In an exclusive Observer interview, Mohammed Islam, said to have investment returns of $72 million as a hs senior, admits he invented the whole story … It's been a tough month for fact-checking. After the Rolling Stone campus rape story unraveled, readers of all publications can be forgiven for questioning the process by which Americans get our news. And now it turns out that another blockbuster story is—to quote its subject in an exclusive Observer interview—"not true." – New York Observer

Dominant Social Theme: If you read it in the mainstream media it must be true.

Free-Market Analysis: In the Internet era it is increasingly difficult to actualize dominant social themes. An "actualization," of course, is a news story showing the validity of the meme or theme.

Several years ago, the mainstream media tried to actualize the "thoughtless and brutal white-frat-jock" meme with a tale about a young woman who was raped by part of a Duke lacrosse team.

Why is this a meme to be reckoned with? Because it is part of a larger leveling. This is evident culturally and from a global sociopolitical perspective. The West struggles with stagflation and recession but the BRICs are widely seen as making progress beyond what any Western economy can hope to accomplish. The north is withering; the south is flowering.

Monday's edition of New York magazine includes an irresistible story about a Stuyvesant High senior named Mohammed Islam who had made a fortune investing in the stock market. Reporter Jessica Pressler wrote regarding the precise number, "Though he is shy about the $72 million number, he confirmed his net worth is in the 'high eight figures.' " The New York Post followed up with a story of its own, with the fat figure playing a key role in the headline: "High school student scores $72M playing the stock market."

And now it turns out, the real number is … zero.

In an exclusive interview with Mr. Islam and his friend Damir Tulemaganbetov, who also featured heavily in the New York story, the baby-faced boys who dress in suits with tie clips came clean. Swept up in a tide of media adulation, they made the whole thing up.

Speaking at the offices of their newly hired crisis pr firm, 5WPR, and handled by a phalanx of four, including the lawyer Ed Mermelstein of RheemBell & Mermelstein, Mr. Islam told a story that will be familiar to just about any 12th grader—a fib turns into a lie turns into a rumor turns into a bunch of mainstream media stories and invitations to appear on CNBC.

Mr. Islam's tale was too hard to resist because its thematic content was so attractive. There was the idea that anyone can make a killing in the stock market, and of course the idea that the one who made the killing was a teenage Muslim only advanced the multi-culti perspective.

When the meme fits so conveniently, it is almost impossible for a certain kind of reporter or editor to ignore it. And that's the reason that common sense and perspective go a-glimmering. The reportorial nose knows this is the kind of story that can generate national attention, journalistic prizes, promotions, etc.

And so it is with a certain kind of "rape" meme. The reportorial instinct is to report it for all the reasons listed above. And thus came another faux-report, this time lodged in the glossy pages of Rolling Stone.

The rape supposedly happened at the Phi Kappa Psi fraternity house at the University of Virginia last month. First published – posted – on Nov. 19, the story ("A Rape on Campus") took about a month to founder. (See Wendy McElroy's editorial in The Daily Bell, "The Rape Culture.") In several articles, The Washington Post among other publications exposed the truth – and the lack of it.

… Last week, the magazine claimed that writer Sabrina Rubin Erdely did her due diligence in investigating an alleged gang rape on Sept. 28, 2012, at the Phi Kappa Psi fraternity house at the University of Virginia that had victimized a then-freshman by the name of Jackie. "Dozens" of Jackie's friends, Rolling Stone told this blog, had spoken with Erdely for the story — some off the record, some on the record.

As a second heavily reported story by Washington Post's local staff has revealed, however, Erdely's reportorial sweep didn't net three rather critical friends. "Randall," "Cindy" and "Andy" were identified in the Rolling Stone piece as three eager helpers who came to Jackie's aid on the night of Sept. 28, 2012, when she allegedly experienced a traumatic situation. The three told The Post that the story reported by Rolling Stone doesn't match what Jackie told them that night.*

And perhaps most critically, the latest revelation from The Post casts either account into doubt, as the man that Jackie cited as her date that night appears not to have been a student at the University of Virginia.

It all raises a mind-boggling possibility: that Erdely made an exhaustive effort to interview peripheral sources, leaving no time for the central ones. The Erik Wemple Blog has asked Rolling Stone for an inventory of the friends interviewed by Erdely, as well as other information about the reporting. That's an extravagant request — but presumably Rolling Stone is already compiling such a file, if it's serious about figuring out how it produced the shoddiest piece of journalism in recent memory. We haven't heard back from the magazine.

The Post probably won't hear back from Rolling Stone directly because there is nothing left to say. A mistake has apparently been made. Yet another weaponized meme has fallen to Earth.

This is, in fact, deadly to the meme manufacturers. Global warming, when addressed in the abstract, seems at least somewhat reasonable. But when emails were leaked several years ago that showed clearly how data was being made up and manipulated by a small cabal of "warmists," the movement never recovered.

It is the details that shoot down these memes. The actualization. People may accept in the abstract that white jocks are prone to rape. But when a rape accusation is exposed as a falsity, when young men are smeared invidiously, the meme itself is jeopardized. And now it's happened again, twice within recent memory.

The public does remember if the claims are outrageous and the recitation is repetitious. The Internet era is unkind to these promotions. The general theme may be spread efficiently but the supporting news events are more and more difficult to manufacture because there are too many on the 'Net prepared to puncture them.

In the 20th century such debunking was difficult. Where was one going to publish the truth? One could write a letter, of course, but often the very publication advancing the falsehood was also the gatekeeper when it came to publishing rebuttals.

Such issues are no longer a problem. In this democratic age, the gatekeepers are failing. The gates are crumbling.

An attack on mainstream certainties could be isolated 20 years ago. Its authors ridiculed and marginalized. But no longer. The Internet is a process not an episode. Marginalization is still the weapon of choice. But gradually or rapidly the truth seeps out, as it has here in these two episodes.

Add these together with all the others and it is easy to see why the mainstream media has a credibility problem. These are not aberrant episode. The mainstream media is a meme machine. But many memes don't correspond to reality and thus the reality must be manufactured.

When Hearst artist Frederic Remington cabled from Cuba in 1897 that "there will be no war," William Randolph Hearst supposedly cabled back: "You furnish the pictures and I'll provide the war." The globalist rump is still providing the wars, but it's much harder to provide details today, if the details aren't true.

This is what the mainstream media is struggling with. The theme can be propagated as always but reporting on it has become a good deal more difficult.