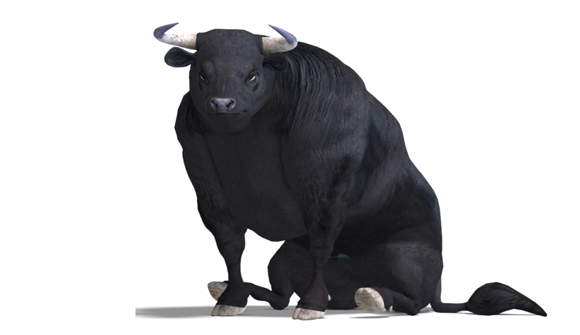 STAFF NEWS & ANALYSIS
Modern Scourge of Public Policing: Does It Have to Be This Way?
By Daily Bell Staff - November 13, 2015

State Investigates Why Cops Killed Idaho Rancher Who Was Trying to Put Down a Bull … Idaho State Police and the Idaho Attorney General's Office are investigating the puzzling shooting of 62-year-old rancher Jack Yantis by Adams County sheriff's deputies on November 1. The shooting followed a traffic accident in which one of Yantis' bulls was injured, but it remains unclear exactly how that incident escalated into Yantis' death. – Reason Magazine

Dominant Social Theme: The police have a difficult job and maybe sometimes they shoot us in order to protect us. But, hey, at least they care.

Free-Market Analysis: Reason magazine does a good job of tracking police brutality, especially when it comes to the drug war. In this case, they report on an Idaho police shooting of a locally well-known rancher.

It's certainly a ghastly tale and deserving of the attention it is getting. According to the Reason report and other write-ups, Jack Yantis's bull wandered off his ranch onto Highway 95 where it was hit by a car. The car's passengers were injured and taken to a hospital, and the bull's leg was shattered.

The sheriff's department notified Yantis, who came to the scene and asked his nephew, Rowdy Paradis, to hand him a rifle to put the bull down. But before he could humanely kill the suffering bull, the deputies fired, wounding but not killing it.

"When Yantis pointed his rifle at the bull's head to end its suffering, Paradis said, a deputy grabbed him from behind, spun him around, and grabbed the rifle. The rifle may have gone off during the scuffle, and both deputies opened fire, killing Yantis."

Yantis died there on the highway and the bull remained alive for another two hours or so, "suffocating in his own lung blood." This was because the two deputies on the scene refused to allow Yantis's wife, Donna, or her nephew to tend to either Yantis or the bull.

Instead, the two deputies searched Donna and Paradis, "throwing" them down onto the highway, and handcuffed them. In the process, Donna had a heart attack and ended up in the hospital herself.

Paradis was quoted as saying, "Law enforcement should be trained to de-escalate situations. In this case, I stood 10 feet away and watched two deputies escalate the situation and needlessly kill a man."

Since the shooting, Adams County locals have been in an understandable uproar. According to local news station KIVI, at a recent town hall meeting the Adams County sheriff addressed the incident but didn't do much to explain it. He apologized, and said that because he had received death threats against him and his family he would not release the names of the deputies involved, who remained on paid administrative leave. The FBI has launched an investigation into the case separately from the Idaho state police, the news station announced.

Yantis's supporters are raising funds for the family on GoFundMe and are protesting "peacefully." But the anger is rising. There is sentiment in the community that his shooters ought not to be on paid leave and that some sort of cover-up is already commencing, as images from the dash-cam and body cameras have not been made available. In fact, Zollman told the Idaho Statesman the dash cam was not even turned on.

The investigations are underway and perhaps there will be nothing more to report until the conclusion of those investigations. No matter how the situation is resolved, the incident presents us with yet another tragic police murder of an individual who does not fit the profile of a criminal by any means.

It is surely the advent of the Internet that has helped expose police brutality on a broad scale. But sadly, there are surely more such exposés to come because US officers are being trained in paramilitary tactics as part of the drug war and have been the recipients of a considerable quantity of cast-off military equipment via Homeland Security.

These increased paramilitary policing tactics and the ready availability of video recording capabilities such as by cell phones have collided to create graphic exposés of civilian maltreatment at the hands of police, which have been broadcast worldwide via various public video facilities such as YouTube.

Given the scope of the problem, various solutions are being presented on the Internet and social media, including several offered in an article just posted at LewRockwell.com entitled "Fixing the Cop Problem."

This article suggests that criminal penalties for police officers ought to be more severe than those for the general public because officers are responsible for public safety and literally wield the power of life and death. The article also proposes that police ought to be held personally liable if it is proved they acted in error or used unreasonable force.

Taken together, increased criminal penalties for rogue police and civil penalties to be shouldered by the officers themselves would go a long ways toward reducing incidents of police brutality, the article suggests.

But there are other considerations. One can also make the argument that it is the very "professionalization" of policing that has given rise to the current polarization between police and civilians in the US and perhaps throughout the West.

As with Interpol and the modern passport system, professional policing has not been with us nearly as long as many may think. These were basically imposed after World War II. The modern police system was developed in the US sometime after the Civil War and has been evolving ever since.

PLSOnline explains, in fact, that modern policing emerged not in response to criminality so much as in response to a need to counteract urban "disorder" in regard to "the conduct of business."

What constitutes social and public order depends largely on who is defining those terms, and in the cities of 19th century America they were defined by the mercantile interests, who through taxes and political influence supported the development of bureaucratic policing institutions. These economic interests had a greater interest in social control than crime control. Private and for profit policing was too disorganized and too crime-specific in form to fulfill these needs.

The emerging commercial elites needed a mechanism to insure a stable and orderly work force, a stable and orderly environment for the conduct of business, and the maintenance of what they referred to as the "collective good" (Spitzer and Scull 1977). These mercantile interests also wanted to divest themselves of the cost of protecting their own enterprises, transferring those costs from the private sector to the state.

We can see from the above quite clearly that it was not "crime" that created modern police forces but (mostly) elite municipal interests that wanted to ensure "social control" and the maintenance of the "collective good."

This is one reason why the public mission of policing often seems to diverge from its innate reality, which is often more about revenue production via ticketing than it is about "public safety." And in the modern era of pinched budgets and local austerity, this municipal public relations provided by "cops on the beat" may not seem cost effective.

In the UK, for instance, we learn from a recent Telegraph article, an entire element of policing is under threat. Here, from the article:

Police Community Support Officers (PCSOs) could be replaced with an army of unpaid recruits after the Government said it was considering giving Chief Constables the power to employ more volunteers. Introduced in 2002, PCSOs, who earn up to £20,000 a year, help support front line officers by dealing with minor offences and anti-social behaviour.

… News of the consultation came on the same day that the Metropolitan Police announced it was considering axing all 1,000 of its PCSOs. The Met said it was looking at all options but with Government spending cuts expected to reduce its budget by £800 million over the next four years, getting rid of police staff is regarded as one solution.

The passport system, the graduated income tax, Interpol and professional policing are all around a century old or even less. We would argue that this evolution is not merely coincidental but a systemic implementation of command-and-control facilities necessary to build an increasingly globalist technocracy.

Finding freedom in an unfree world, as we often discuss here at The Daily Bell, is increasingly challenging in the 21st century, even as the need to do so has never been more pressing. No doubt this accounts for some of the rise in popularity of alternative media promoting products and services aimed at perpetuating consumer choice and what we call lifestyle insurance. It is the Internet Reformation that has both enlightened many to the need for these options and made access to this alternative media possible.