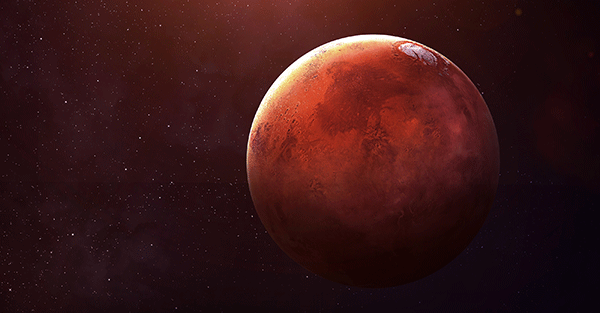 Musk: We intend to launch people to Mars in 2024  … Elon Musk will send a mission to Mars without people on it — on the Flying Dragon version 2 rocket — starting in 2018 and launch a rocket headed there every 26 months.  –  CNBC

Elon Musk and Jeff Bezos believe that the final frontier of space will soon be penetrated.

“[Our rocket] is intended to carry astronauts to the International Space Station,” said Musk at the Code Conference in Rancho Palos Verdes, Calif. on Wednesday night. “But we are going to send one to Mars in 2018.”

Onstage at the Code Conference on Tuesday, the Amazon founder and CEO said that we have to start bringing parts of the industrial economy to space in order “to save Earth.”

“Let me assure you, this is the best planet. We need to protect it, and the way we will is by going out into space,” he told Recode Editor at large Walt Mossberg.

Bezos’s idea is that space is ideal for “gigantic chip factories.” And that the entire earth should be zoned “residential” or “light industry.”

Heavy industry should be reserved for space, along with solar power, which would be much more effective when solar power “is available 24/7.”

Bezos’s fortune-telling is fairly run-of-the-mill. His timeline is in the “hundreds” of years and he doesn’t provide much in the way of detail.

Musk is an entirely different matter. Almost everything Musk does ends up being funded by the government, from his cars to his ambitious battery factor and Space X itself.

Perhaps this is where the confidence to suggest outlandish schemes comes from.

On 23 December 2008, NASA awarded a $1.6 billion Commercial Resupply Services (CRS) contract to SpaceX, with contract options that could potentially increase the maximum contract value to $3.1 billion. The contract called for 12 flights to the ISS, with a minimum of 20,000 kg (44,000 lb) of cargo carried to the ISS. (-Wikipedia)

Musk plans to launch a rocket “carrying human cargo” by 2024. This would be quite an accomplishment given that NASA hasn’t even been back to the moon yet. Nonetheless, NASA is happy to throw $3 billion in his direction.

For critics, the deadly radiation of the Van Allen radiation belt, billions of tiny meteors and unimaginable heat all make human space travel improbable if not impossible.

These individuals may believe the great feats of space acrobatics are actually performed in gigantic swimming pools on earth. And the fabulous scenarios taking place on the moon and Mars are actually filmed on earth as well.

And for some, such achievements are undercut by images of what seems to be a squirrel (or rat) crouching between rocks on “Mars.”

Yes, there is room for skepticism.

Every part of the space program from its Nazi origins, to the bizarre press conference after the first moon landing, to Stanley Kubrick’s confessional clues in The Shining about filming the “moon hoax,” to recent questions about the provenance of the lunar rover itself, provide fodder for unbelievers.

Skepticism is our preferred approach in this mad, modern era. Increasingly, we are more comfortable with questions than answers.

Technology breeds mystery.  How many nuclear weapons are really deployed? How did men go to the moon and then back again and again without ever knowing what to anticipate?

Should we believe the Pentagon, the CIA and the administration of the day just because they issue their pronouncements in tones of great authority?

The most famous false flag increasingly seems to be the vaccine hoax. This past decade has proven vaccines generally are likely less effective than they are made out to be and in some cases quite dangerous.

If the “establishment” can create one global hoax, can’t it create others? Global warming comes to mind.

We’ve done our best to point out that nuclear weapons and space travel were generated in a 30-year period in the mid-20th century. These scant decades have to constitute the single most fantastic and febrile time period in the history of humankind.

In fact, we’ve become almost pathologically skeptical of historical events that allow statists to speak in grave tones of the awesomeness of public power.

Whether it is Obama grieving about nuclear bombs at Hiroshima, Al Gore bloviating about the never-arriving horrors of global warming or the fakery of Janet Yellen attempting to justify central banking, we can point to a variety of reasons why even the most well-advertised elite memes are questionable.

We don’t believe the authorities are planning to zone space for heavy industry as Bezos suggests. We certainly don’t believe that Musk will send a rocket to Mars in two years’ time.

But the idea is to use these two “entrepreneurs” to reinforce the mythology of the Age. Again and again successful individuals are raised up to strengthen modern memes. Bill Gates’s endless endorsement of vaccines provides another example.

Conclusion: Believe Gates if you wish. We’ll continue to try to look beneath the surface and ask pertinent questions as they arise. You too.