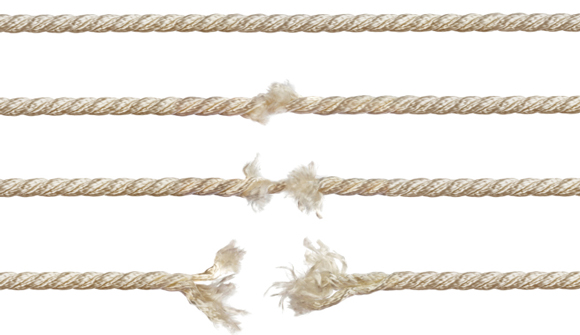 Silver and gold have had terrific weeks but as we’ve been showing, the mainstream media, especially the business media, often focuses on the negatives.

Meanwhile, the news queues are filled with anti-metals propaganda.

Why silver’s post-Brexit bull run may soon be over  …  While the fallout from the Brexit vote has added uncertainty to global markets, some investors have been profiting off the increased appetite for safety plays.

Since Britain voted to leave the EU, the price of silver has shot up about 17%, hovering near its highest level in nearly two years. Its strong performance over the past few weeks has made it one of the best-performing major asset classes since the vote, driven by investors’ demand for risk-off trading.

But after its big run, investors are asking if silver can keep its upward momentum going. Bob Iaccino, chief market strategist and co-founder of Path Trading Partners, told Yahoo Finance’s Seana Smith in the video above that investors need to be careful of money managers beginning to take profits, warning that now may not be the best time to buy the metal.

Would you ever see this sort of article in response to a stock rally? Far more likely that Yahoo would be presenting an article asking “How high can the Dow go?”

And how about this article from Bloomberg?

Silver Glut Swamps India as Buying Frenzy Passes Country … Silver imports by India are set to plunge from last year’s record as jewelers grapple with slowing demand and excessive inventories after domestic prices climbed to the highest levels since 2013.

Overseas purchases probably slumped by about 40 percent from a year earlier to 2,000 metric tons in the first half, and total imports for the year will fall short of the 7,500 tons bought in 2015, said Chirag Sheth, a Mumbai-based analyst at Metals Focus Ltd., an independent precious-metals research firm.

India, the top consumer of gold after China, is also one of the world’s largest buyers of silver, which is popular in rural areas where farmers with no access to banks prefer it as a store of value.

So silver is very popular in India, so much so that a combination of persistent buying in the face of high prices has finally slowed silver for a period of time.

One might just as easily write that Indian buyers are digesting their purchases before coming back for more. But that wouldn’t be negative enough.

The mainstream media is a bankers’ medium and bankers control economies via fiat money and central banking. This is inevitable and endless reason why gold and silver in particular receive negative coverage.

When fiat money is finally so debased it won’t buy anything (see Venezuela), people will suddenly realize they have been misled. But it will be too late. As we read somewhere else, “millions will starve.”

It’s happened before. They don’t fully explain the privation and starvation during the Great Depression. But they should.

We are in a golden bull market as we have explained many times. The mainstream media will not recognize this.

Here at DB, we’ve taken on board our first sponsor, Golden Arrow, a mining firm that specializes in silver exploration. If you are interested in mining companies, you can see an interview with the CEO HERE.

Conclusion: The golden bull ended when gold and silver prices moved down from their highs. This was in part a manipulated move in our opinion. The golden bull still exists, just as it did in the 1970s. Prices against the dollar have by no means peaked.