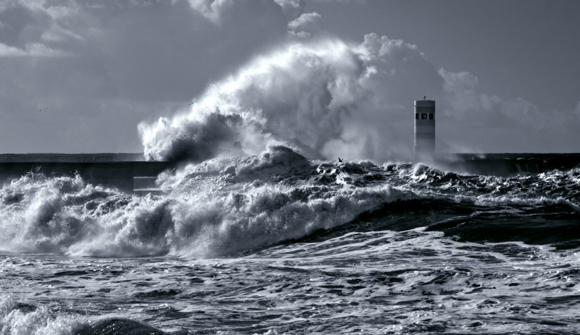 Obama's Legacy … Has the President met the expectations set in 2004? As President Barack Obama begins his final year in office, he is left with two objectives: solidify and promote his past successes as cornerstones of his legacy and at the same time make progress on a few remaining initiatives, even though the Republican-controlled Congress has little interest in working with him on anything truly far-reaching. It's not the best of circumstances, but it reflects a larger reality: Obama's presidency has turned out to be less transformational than he and his supporters had hoped. – US News

Dominant Social Theme: Not an Angel of God, but perhaps capable of walking on water.

Free-Market Analysis: This is an extraordinary article, comprehensive and ambitious. It seems to leave no part of Obama's public life unexamined.

But one doesn't have to read the whole article to find out US News's verdict: Obama was NOT a transformational president. However, the article does introduce the idea that Obama was a "consequential" one.

The article's thoroughness casts Obama as a larger-than-life figure, using words like "legacy" as well as "transformational."

It tells us that it is perhaps a tragedy that Obama "doesn't have an overarching theme for his administration any more, such as Franklin Roosevelt's New Deal, Lyndon Johnson's Great Society or Ronald Reagan's nostalgist restoration, which viewed the country as a shining city on a hill."

Even though Obama has accomplished much, the article sorrowfully proclaims that his presidency seems "smaller and more myopic than expected."

Here's an excerpt from the end of the article:

He has said repeatedly he still wants to take action in various ways, such as imposing more control over gun ownership to reduce violence and limiting climate change. But Congress seems unlikely to go along, at least not in the comprehensive way Obama favors, so he will try to find partial solutions through executive orders and other unilateral actions that bypass Capitol Hill.

The flip side of this technique is one that Democrats and liberals don't relish – a Republican president can follow Obama's lead and bypass Congress to accomplish his own conservative objectives, upending Obama's policies in the process. At this point, with a year to go, Obama has been a consequential president but not a transformational one. This is likely the way history will remember him.

But conservative-libertarian columnist Paul Craig Roberts won't remember Obama even as a "consequential" president. He has a different idea entirely.

Roberts's perspective, as expressed in his latest column, is, "The Proof Is In: US Government Is The Most Complete Criminal Organization In Human History."

Roberts, who served in the Reagan administration, has become steadily more outspoken over the years. One might even characterize him as a kind of curmudgeon, but Roberts has a broad sociopolitical frame of reference and his subject matter is almost always substantial and sometimes horrifying. To call him a curmudgeon is to trivialize both his intention and ambition.

Here's how his article begins:

Perhaps the worst results of Washington's disregard for the sovereignty of countries is the power Washington has exercised over foreign nationals solely on THE BASIS OF terrorism charges devoid of any evidence.

Roberts then gives us examples of Washington's intrusiveness. He mentions the combative stance the US Justice Department took with the Swiss and its now virtually-destroyed private banking industry.

Washington, he points out, made Switzerland jettison its bank secrecy laws. Washington forced a change on the Swiss government not determined by its own electorate.

Presumably US voters would be outraged at similar interference but the US, because of its military power and ability to project it around the world, receives surprisingly little criticism.

Roberts also alleges that the US concocted the recent "soccer scandal" to embarrass Russia. "The soccer organization's home is Switzerland, but this did not stop Washington from sending FBI agents into Switzerland to arrest Swiss citizens. Try to imagine Switzerland sending Swiss federal agents into the US to arrest Americans."

The article generally proceeds in this manner, documenting various episodes such as the time Deputy Secretary of State Richard Armitage reportedly explained to the president of Pakistan that he would have to obey Washington's dictates or his country would be bombed back "into the stone age."

For Roberts, the US's most heinous modern-day crimes center around kidnapping citizens from around the world and then holding them in secret prisons and torturing them to extract confessions of terrorism.

Roberts explains how the kidnappings took place. He reports that under the Bush administration, leaflets were dropped over warlord territories in Afghanistan and elsewhere. The leaflets offered significant bounties for "terrorists."

The warlords responded by turning over "every unprotected person" in regions under their control. This was how so many apparently innocent people ended up in Guantanamo Bay, Cuba.

These were not terrorists, though they were treated as such and tortured to extract confessions they were not capable of providing.

Obama has his own acts to account for, in addition to not closing Guantanamo Bay as he'd promised. He has presided over the compilation of an international enemies list that includes US citizens. And he has reportedly had individuals on this list assassinated, thus acting as judge, jury and executioner.

The US Constitution was specifically designed to ensure that power was disbursed in such a way that no one would have this sort of authority. But Obama has wielded it nonetheless. Perhaps this makes Obama a consequential president.

In the current political season, it is worth pondering whether the kinds of abuses of power that are now regularly associated with US presidents will ever be eradicated or if they will continually get worse and more bizarre.

If you believe the latter, you ought to consider taking action intended to put yourself and your family out of harm's way. Darkness is descending around the sputtering embers of what once was a "shining light on a hill."