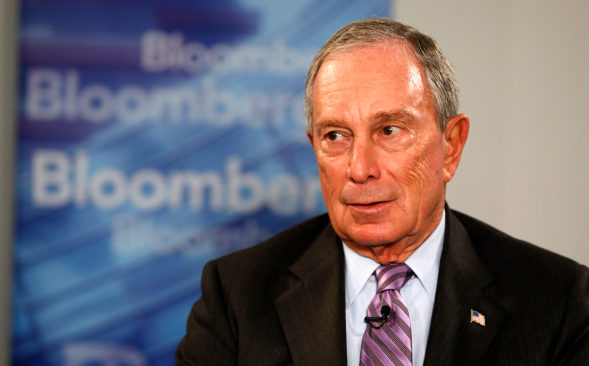 Good intentions don’t always lead to good policy, and few people have demonstrated that better than former NYC mayor Michael Bloomberg. During his mayoral tenure, he left an indelible mark on the city with his horrible record of impeding civil liberties. And earlier last month, a 2015 audio leak of the presidential candidate endorsing the highly-troublesome “Stop and Frisk” policy went viral. He recounts “getting the guns out of the hands of the people that are getting killed” during his tenure as mayor, and putting cops “where the crime is, which means in minority neighborhoods.” Of course, that turned out very badly. But that’s just how Bloomberg makes policies.

Often times, ordinary, innocent Americans find themselves face to face with law enforcement as a result of new laws and regulations that were imposed without consideration of potential ramifications. Bloomberg’s use of Stop and Frisk is a prime example of a policy that often leads to blatant racial profiling and sterotyping. While it may be unintentional, he is making the case of how governments can be used to commit racial injustices and violate the civil liberties of ordinary Americans.

During both recent Democratic debates, other presidential candidates — and the moderators — wasted no time scorching Bloomberg over his history with the issue. And Bloomberg finally apologized for his record — not because it was wrong, but because “it got out of control.” And therein lies the issue with the way he looks at the world. He’s not concerned with people’s rights, so long as they are violated in the right way and for the right reason.

Of course, Stop and Frisk was just the tip of the iceberg for Bloomberg. The policies he implemented as mayor would frequently target the disadvantaged citizens of New York City. During his time in office, he saw it as his moral duty as mayor to attempt to strongarm his constituents into living a lifestyle he approved of. As recently as April 2018, he suggested that raising taxes on the poor is a good thing because higher taxes will have a “bigger impact on their behavior and how they deal with themselves.”

He went on to use this as a justification for his push of the highly-controversial soda tax. “If you raise taxes on full sugary drinks, for example, they will drink less,” Bloomberg reasoned, “and there’s just no question that full sugar drinks are one of the major contributors to obesity, and obesity is one of the major contributors to heart disease and cancer and a variety of other things.”

It’s important to keep in mind that every law passed or policy implemented is done with the underlying threat of force behind it. Those with enough power and influence can work around that threat through various means with relative ease. But those in society who lack the financial resources or political clout aren’t nearly as fortunate.

As Bloomberg perfectly demonstrated during his time as mayor, the disadvantaged and marginalized in society will always feel the full force of the law. To ensure all people are treated fairly and with respect, our impulse to legislate our way out of problems we face must be subdued. When a policy becomes an excuse to violate an individual’s rights, it loses sight of its purpose.

Bloomberg’s comments and history should serve as a warning to everyone that his good intentions certainly don’t make fair, just, effective, or constitutional policy. Nicholas Peart, a New York citizen and victim of Bloomberg’s policies, put it best to NPR: “If you aren’t able to protect the constitutional rights of New Yorkers, how can you protect the constitutional rights of all Americans?” Indeed, time and time again Bloomberg showed his constituents that he can’t help but victimize them with his efforts. The rest of us don’t need to be next in line.

Caleb Franz is a libertarian writer and podcaster. He is the Founder and Executive Director of The MilLiberty Initiative, and hosts the MilLiberty Podcast every Thursday.