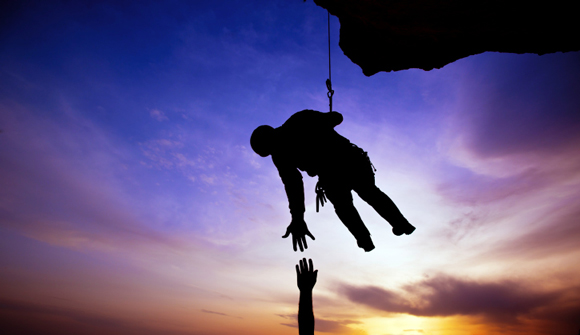 The shooting at the Emmanuel AME Church in Charleston is a tragedy and an undeniable act of racism. It is entirely proper to consider it an act of domestic terrorism. We should pause for a moment to remember the victims and offer our thoughts or prayers to their families.

I wish we could also pause for a moment before we start to politicize this tragedy. Alas, my friends on the Left and Right have already begun to draw up the battle lines.

On the Left come the disappointing, but not unexpected calls for gun control. President Obama has already weighed in the issue. Yet, it's hard to think of any rational gun control law that would have stopped this crime. Nor is the racism reflected by this horrendous act an inevitable extension of the "racism" reflected in food stamp cuts or whatever.

And, from the Right, I've seen too many attempts to deny the racism that underlies this crime. No, it doesn't mean that America is an inherently racist nation, but to deny that racism is part of our heritage or that it continues to exist is to ignore reality. – FEE Online, June 19, 2015

In a literal sense, the word "tragedy" does not describe what happened in Charleston, South Carolina last week. Storms and earthquakes are tragic. No human summons these events and no human can stop them.

Murder, on the other hand, is entirely human. It occurs when one human takes from another that which no one can restore: life itself.

Dylann Roof's own words and history suggest he may not consider himself a "murderer." Somewhere within his twisted mind is the belief black people are not quite human, that they somehow lack the same right to life as others. Killing them was thus no less appropriate than killing animals in a commercial slaughterhouse.

Many 21st-century Americans will diagnose this as insanity.

Perhaps so, but if it is so, in the US we must diagnose a long line of our own ancestors as equally insane. As recently as 50 years ago, white Southerners could kill their black neighbors with implicit legal sanction and wide cultural acceptance.

Much has changed in the years since then. Calling Dylann Roof, the shooter, insane will let the rest of society believe this was, in fact, a tragedy: sad, but also unavoidable and unpredictable.

That lesson is comforting, but it is also wrong.

President Obama quickly tied the event to gun availability. Yet, as with most mass shootings, stricter gun controls would not have stopped the killer.

The president was correct, however, to observe these mass shootings are relatively rare in other advanced countries. Why? What is different in the US?

The problem is not guns in too many hands. The problem is fear in too many hearts, and a culture that lets fear overcome sanity. This same irrational fear led the US government to avenge 3,000 terrorism victims in the US by killing hundreds of thousands of humans on the other side of the globe, probably none of whom had anything to do with 9/11.

South Carolina may well execute Dylann Roof for his crime. So be it, but his death will not restore his victims to life, any more than blowing up Yemeni farmers will rebuild the Twin Towers. That's why these events strike fear in our hearts.

The opposite of fear is courage. If Charleston convinces Americans to abandon fear, we will be, quite literally, "encouraged."

Courage always overcomes fear. The senseless violence will stop when we all find more of it.