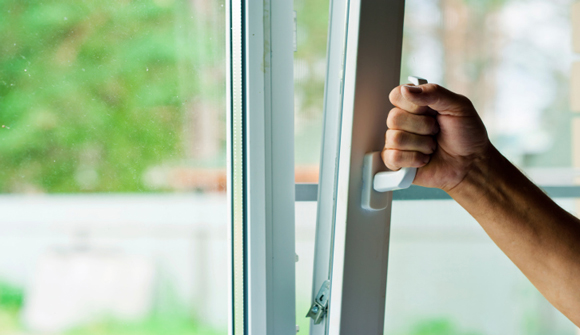 Fed Taper Likely in 'Coming Months' on Better Data … U.S. Federal Reserve Chairman Ben S. Bernanke speaks about Fed policy and the outlook for the federal funds rate. Bernanke, who spoke to economists yesterday in Washington, also discussed Fed policy communication. (Source: Bloomberg) Policy makers "generally expected that the data would prove consistent with the Committee's outlook for ongoing improvement in labor market conditions and would thus warrant trimming the pace of purchases in coming months," according to the record of the Federal Open Market Committee's Oct. 29-30 gathering, released today in Washington. The FOMC is considering how and when to reduce asset purchases without triggering a rise in interest rates that could slow economic growth and erode gains in the labor market. Their meeting minutes show extensive discussion on how to increase the clarity of their plans to hold interest rates near zero. They made no decisions on those plans. "It sounds like they're moving closer to tapering" bond buying, said Sam Coffin, an economist at UBS Securities LLC in New York. "There's a lot more focus on their forward guidance and a lot of that is because if they're moving closer to tapering they want to signal they'll stay easy after the tapering has begun." – Bloomberg

Dominant Social Theme: We will, we won't, we will, we won't. You will be transfixed by the simplest possibilities. We are far more powerful than you.

Free-Market Analysis: The exercise of power is often a ludicrously simple thing. And Federal Reserve deliberations often partake of such simplicity.

The tapering debate is yet one more example. It is symptomatic of a dialectic that everyone can understand and participate in.

We are meant to examine two choices, and two choices only: Either the Fed tightens or it doesn't. Either of these choices acknowledges the primacy of the Fed and its central importance.

Let us point out for the record that the Fed is NOT intrinsically important. Absent the force of the modern state, there is no way that a tiny group of mis-educated people would be able to gather in a well-appointed room to fix (by force) the value and volume of money for hundreds of millions.

It's a scenario that is as ludicrous as it is pervasive. The damage that has been done is incalculable. Our modern society, worldwide, has been shaped by the availability of super-charged monopoly money. Our agriculture has dissipated; our consumer culture has expanded; our wars have multiplied; our prosperity has been leeched away.

We live in a central bank economy, often oblivious to the ways that our entire social beings have been bent to the wheel of Money Power. And how is this accomplished? Why, over and over again, via the false choices of the dialectic.

Modern mind control is surely subtle but in a sense brutally simple. It is built around exclusive alternatives. We partake of all the psychic satisfactions proffered by such choices: We freely make up our minds about what we wish our powerful sociopolitical and economic entities to accomplish.

In living vicariously through these larger alternatives we experience, ironically, some personal validation. We come to identify with these titanic facilities and even to realize momentary triumph when one of them acts in a way of which we approve.

In this case, the argument has been artfully framed. To avoid wearisome repetition, the Fed has chosen to manage the economy in a slightly new way and thus we have been exposed to a tangentially different vocabulary.

For many of us, the terms the Fed uses are complex and mysterious. We are apt to accept the framing because the concepts seem alien; if we can understand any part of it, we are enthused and feel a bit more in control. And thus, we focus on the alternatives we are presented with, proud of our intellectual prowess in understanding even a portion of the debate.

The Fed may taper sooner, we announce emphatically, having organized certain concepts in a satisfactory way. Or perhaps we tell others in casual conversation that the mainstream media has got it wrong and the Fed will taper "later."

These are not OUR concepts, of course, any more than the system itself is "ours." It may be a perfectly good system or it may be a ruinous one, but it is certainly not one that we envisioned or actively created.

Nonetheless, as its arguments are framed for us every day, we begin to take a peculiar pride of ownership. We are, shall we say, "thinking within the box," as well we should – as these are the choices we are given over and over.

This Bloomberg article and so many more like it provide us with a simple dialectic that we can scrutinize and eventually comprehend, even if we never took an economics class. Watch how it's done:

Janet Yellen, the vice chairman and the nominee to replace Chairman Ben S. Bernanke, whose term expires in January, told lawmakers last week doing so "certainly is a possibility" even as some Fed officials have been concerned that lowering the rate would damage the functioning of the money market.

Most participants said lowering the rate "could be worth considering at some stage, although the benefits of such a step were generally seen as likely to be small except possibly as a signal of policy intentions," according to the minutes.

Officials also discussed how to clarify or strengthen their communication about the economic thresholds guiding how long interest rates will stay low. Currently the committee has said it will hold rates near zero at least as long as unemployment remains above 6.5 percent and the outlook for inflation is subdued.

… Participants said they still expect a pick-up in the pace of economic activity even as reports suggest growth in the second half of this year may prove to be "somewhat weaker than many of them had previously anticipated," the minutes said. While they saw less risk for the economy, they also said "several significant risks remained," specifically citing fiscal drag and budget standoffs.

Fed officials saw the economic impact of the government shutdown "as temporary and limited," while a number said they were concerned about effects of "repeated fiscal impasses" on business and consumer confidence, according to the minutes.

… Federal Reserve Bank of New York President William C. Dudley said today faster economic growth is needed to generate the lasting job gains that would prompt him to back a reduction in stimulus. "The missing ingredient" is that "we haven't actually seen an acceleration in the growth rate that will actually sustain the improvement in the labor market," Dudley, 60, said in New York.

Did you follow the above? If you did, you probably could not escape feeling a tiny glimmer of satisfaction that you are sophisticated enough and smart enough to participate in the momentous conversations of our times.

Pre-Internet, in fact, there would be no easy way of realizing that such choices were manipulated and that they were being framed to provide you with a sense of participation that was as unwarranted as it was seemingly valid.

But today, thanks in large part to what we call the Internet Reformation, we CAN understand more fully the totality of our previous manipulation. If we are courageous enough we can even accept the concept of "directed history" – dominant social themes that steer us toward certain predetermined courses of action congruent with elite globalist ambitions.

It is, in fact, always the same. Fear-based dominant social themes drive us toward personal decisions that acknowledge elite desires. We believe we have arrived at them on our own when in reality we have been "steered" toward them.

That is why it is so important to understand the dialectic that has been imposed. Brutally powerful, it can organize our lives if we let it. And too often, at least in the past, we have. But simply understanding the process provides us with formidable antibodies. Perhaps we will want to believe the formulations but more likely we shall appreciate our enlightenment and put it to our best advantage.

This is why we have been mentioning, for instance, the "Wall Street Party" in the latest incarnation of The Daily Bell. We believe we understand the elite conversation as well as anyone and thus we put our comprehension to work by anticipating what "they" are going to do and why.

Understanding modern realities can be disheartening but it can also provide benefits that would not be available otherwise.

For every door that closes, a window opens …