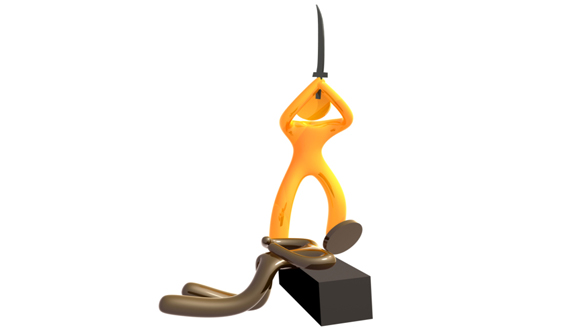 Last week's announcement that Saudi Arabia — easily one of the world's most brutally repressive regimes — was chosen to head a U.N. Human Rights Council panel provoked indignation around the world. That reaction was triggered for obvious reasons. Not only has Saudi Arabia executed more than 100 people already this year, mostly by beheading (a rate of 1 execution every two days), and not only is it serially flogging dissidents, but it is reaching new levels of tyrannical depravity as it is about to behead and then crucify the 21-year-old son of a prominent regime critic, Ali Mohammed al-Nimr, who was convicted at the age of 17 of engaging in demonstrations against the government.

Most of the world may be horrified at the selection of Saudi Arabia to head a key U.N. human rights panel, but the U.S. State Department most certainly is not. Quite the contrary: its officials seem quite pleased about the news. – The Intercept, Sept. 23, 2015

To the so-called neoconservative advocates of "realistic" foreign policy, Israel can do no wrong and Iran can do no right. What do they think about Saudi Arabia? Mostly they pretend it doesn't exist. This saves them from having to explain how Saudi Arabia is a key ally but Islamic State is a mortal enemy, even though much of their behavior is identical.

Start with a relatively mild subject: women's rights. Few exist in Saudi Arabia. Every woman of any age must have an adult male guardian. Their status under Saudi law is roughly comparable to that of minor children in the United States. In Saudi Arabia, women never grow up.

Persons of any age or gender who speak against the government face harsh penalties, up to and possibly including death. The regime is currently preparing to behead one young man for such protests, followed by the public crucifixion of his headless corpse.

If ISIL were to do this, the U.S. government would call it an outrage. Neoconservative politicians would call for boots on the ground. Is anyone protesting Saudi Arabia's medieval justice? Not hardly. Our own State Department seems only dimly aware it is happening, as our linked story from The Intercept explains.

For the sake of argument only, let's grant the neoconservative case. Saudi Arabia is a key ally in an important region so the U.S. must overlook its extremism. Can we at least agree not to put the Saudis in charge of evaluating human rights elsewhere?

That seems reasonable enough. Yet the Saudi government – the same government that classifies women as property and crucifies dissidents – is now chairing a United Nations human rights panel.

This is truly Orwellian. The U.S. government is on the record saying it "welcomes" Saudi Arabia as the world's lead human rights evaluator.

Anyone who wonders why people elsewhere see the U.S. as a hypocritical bully nation can stop wondering now. The slave-owning Thomas Jefferson was no human rights paragon, but he at least warned the U.S. to avoid "entangling alliances." We should have taken his advice.