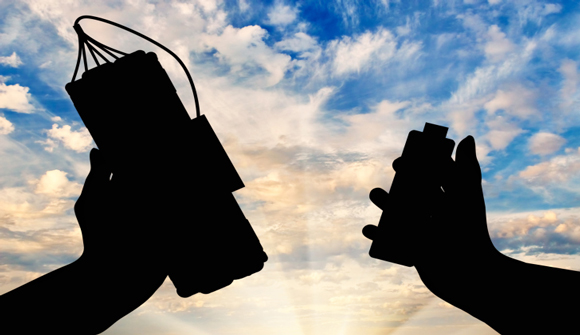 House Pushes Ahead with $611 Billion Defense Policy Bill … The Republican-led House is pushing ahead with a $611 billion defense policy bill that prohibits closing the prison at Guantanamo Bay, Cuba, forbids the Pentagon from trimming the number of military bases and awards U.S. troops their largest pay raise in six years. -Business Insider

The Pentagon is about to reap a generous windfall of revenue of up to $600 billion or more (see above) even though it cannot adequately account for up to $8 trillion and just recently was exposed for hiding some $125 billion of “bureaucratic waste.

A Washington Post investigation reveals this waste, which was internally documented in a study by the Pentagon. That study itself showed the funds that were improperly distributed.

The Pentagon has buried an internal study that exposed $125 billion in administrative waste in its business operations amid fears Congress would use the findings as an excuse to slash the defense budget, according to interviews and confidential memos obtained by The Washington Post.

Pentagon leaders had requested the study to help make their enormous back-office bureaucracy more efficient and reinvest any savings in combat power. But after the project documented far more wasteful spending than expected, senior defense officials moved swiftly to kill it by discrediting and suppressing the results.

The report, issued in January 2015, identified “a clear path” for the Defense Department to save $125 billion over five years. The plan would not have required layoffs of civil servants or reductions in military personnel. Instead, it would have streamlined the bureaucracy through attrition and early retirements, curtailed high-priced contractors and made better use of information technology.

… Based on reams of personnel and cost data, their report revealed for the first time that the Pentagon was spending almost a quarter of its $580 billion budget on overhead and core business operations such as accounting, human resources, logistics and property management.

Despite this, House lawmakers will vote on Friday to authorize DOD and Pentagon military spending for the fiscal year that started Oct. 1.

The Republican chairman of the Armed Services Committee, Sen. John McCain of Arizona, said it’s the largest military pay increase since 2010.  The White House Office of Management and Budget objected to the larger raise, telling lawmakers earlier this year that the lower amount would save $336 million this fiscal year and $2.2 billion through 2021.

The bill also forbids planned troop reductions and adds service members to the Air Force and Marine Corps.  And there is this: “Lawmakers also inserted into the defense bill the $5.8 billion in additional war-related funding Obama requested last month.”

Back in August we reported on some $8 trillion that the Pentagon could not and cannot properly account for. You can see the article here.

In another article here, we mentioned Donald Trump’s intention to address military spending, which he called a “disaster.” We suggested that the Pentagon didn’t need more money but needed to figure out first how to administer what it had.

In fact, as the English-located Bureau of Investigative Journalism revealed in October, Pentagon funds again were directed toward questionable programs.  The BIJ investigation found that the Pentagon had “paid a British PR firm $500 million for top secret Iraq propaganda.”

The most recent report can be seen here. The videos created fake documentaries of supposed Al Qaeda operations and explosions.

The Pentagon gave a controversial UK PR firm over half a billion dollars to run a top secret propaganda programme in Iraq, the Bureau of Investigative Journalism can reveal.  Bell Pottinger’s output included short TV segments made in the style of Arabic news networks and fake insurgent videos which could be used to track the people who watched them, according to a former employee.

The agency’s staff worked alongside high-ranking US military officers in their Baghdad Camp Victory headquarters as the insurgency raged outside …  Bell Pottinger reported to the Pentagon, the CIA and the National Security Council on its work in Iraq, he said.

… In the first media interview any Bell Pottinger employee has given about the work for the US military in Iraq, video editor Martin Wells – who no longer works for the company – told the Bureau his time in Camp Victory was “shocking, eye-opening, life-changing.”

The firm’s output was signed off by former General David Petraeus – then commander of the coalition forces in Iraq – and on occasion by the White House, Wells said.

The BIJ is a not-for-profit organization founded by David and Elaine Potter in 2010 with $2 million and dedicated to educating “the public about the realities of power in today’s world.”

Since its foundation the Bureau has worked with BBC File On Four, BBC Panorama, BBC Newsnight, Channel 4 Dispatches, Channel 4 News, al Jazeera English, the Independent, the Financial Times, the Daily Telegraph, the Sunday Times, Le Monde, Mediapart, the Guardian, the Observer and the Daily Mirror.

The trouble with making up such reports with professional media values is that they travel far beyond the confines they were supposedly intended for. There’s nothing that stops them from traveling throughout the West and even to the US, and some apparently did. Anyone can then make use of them or report on them as if they are real.

This probably only touches on larger US military fakery. Here at the TDB we’ve been investigating questions about the Pentagon’s 70-year-old nuclear program and have concluded that much of what the Pentagon has stated publicly about the program is at least questionable – certainly in its beginnings. You can see articles here, here and here.

Conclusion: The Pentagon  doesn’t need a bigger budget. It needs to be more accountable – and Congress certainly does too. Using Hollywood technology to create fake nuclear explosions or making videos about enemies that don’t exist amount to forms of domestic propaganda. And hiding billions and even trillions so spending is never properly attributed has little to do with how a functioning democracy is supposed to operate (let alone a republic).