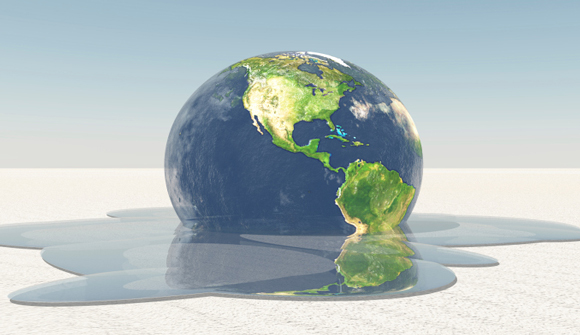 Pew: Most Americans Don’t Believe in ‘Scientific Consensus’ on Climate Change … Nearly three-quarters of Americans don’t trust that there is a large “scientific consensus” amongst climate scientists on human behavior being the cause of climate change, according to an in-depth survey on “the politics of climate” released Tuesday by Pew Research Center. – CNS

Perhaps one reason to publish this survey is to indicate that even though Americans don’t believe in global warming, they will have remedies created and implemented by their “representative” government nonetheless.

Here, from The Blaze, in mid September:

We are apparently at a point where Western elites are actively trying to impress upon people that their democracies are broken and that they have little or no voice left in the modern era.

As a mainstream corporate facility created by the progeny of Joseph N. Pew, founder of the Sun Oil Company (Sunoco), Pew can certainly be seen as a mechanism reinforcing this trend. One could speculate, in other words, that the publication of this survey is no accident.

Three quarters of Americans might not agree with what Obama is doing, certainly not entirely, but he did it anyway. And looking beyond Obama, we can certainly speculate that the current dysfunctional US presidential election itself is part of this malevolent but surreptitious process.

The idea may be that if people are discouraged about their impact on the societies they live in, they will turn their energies in different and more personal directions. This in turn lessens the challenges faced by the world’s real leaders who operate behind the scenes.

We can see this idea at work with the IRS as well. Top IRS officials have appeared before various House and Senate committees to explain why the IRS illegally delayed various Tea Party non-profit certifications. In fact, the current head of the IRS, John Koskinen, has explained that Tea Party delays have been cleared up, yet the IRS just released the actual tax returns of one Tea Party group that is engaged in litigation with the IRS.

Tea Party groups also claim the IRS is still harassing them. Leaving aide Koskinen, those who operate behind the IRS’s operational veil obviously intend to make the point that the IRS is beyond Congressional control.

We can see the same sort of mechanism at work over at the FBI, where agents somehow came to the conclusion that Hillary’s careless treatment of State Dept. emails was not a criminal activity, even though many others have been prosecuted for the same actions.

Pew contrasted this to the United Nations’ Intergovernmental Panel on Climate Change (IPCC), which “stated in the forward to its 2013 report, ‘the science now shows with 95 percent certainty that human activity is the dominant cause of observed warming since the mid-20th century.’”

You see? It’s US versus UN. Pew is seemingly run by the same people who own the rest of the US mainstream media, and feasibly, the idea is not to incite resentment so much as weary acceptance that people’s beliefs matter less and less in an increasingly globalized world. It is one, people must learn, where decisions are increasingly taken at a very high altitude by a handful of powerful individuals.

Conclusion: As power continually migrates away from nation-states to a globalized, corporate technocracy, those backing this migration will attempt to make this sort of decision-making routine. There will be ongoing attempts to assert and act on elite memes no matter the views of those millions or billions affected. The message is being sent: The Pew release could be seen as part of it.