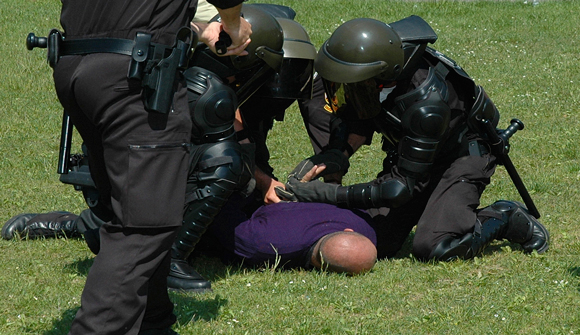 One of the great ironies in American policing is that because of these highly controversial events that have been documented, there's a perception that the profession is somehow out of control or failing in its responsibilities to engage in fair and impartial policing. That is of great concern. We cannot be believed if we don't take decisive actions when our officers are clearly wrong. Bad police performance that's not motivated by malice needs to be dealt with very sternly, including termination. But not every police error is necessarily something that should result in jail. – Milwaukee Police Chief Ed Flynn, TIME, April 9, 2015

TIME invited several top police officials to weigh in on the "lesson" in the recent incident in South Carolina in which a police officer, who has since been charged with murder and is facing life in prison, shot an unarmed, 50-year-old man who was running away from him. All made the politically correct comments, but they still do not understand the problem.

Consider Chief Flynn's statement above. You can count the loopholes.

He calls for "decisive actions," but only when an officer is clearly wrong. How many misconduct cases are ever clear?

Bad performance should be handled "very sternly," but only when it's "not motivated by malice."

An officer's motivations are rarely, if ever, provable. Every cop who pulls the trigger on an unarmed citizen will have some kind of reason, and it will never be malice. So, unless the officer is stupid enough to say, "I shot him because I hate black people," Chief Flynn will let him off.

It gets worse. More from Flynn:

Our officers are depressed by the current environment today. They're judged by the worst example anywhere in the country. It affects their work. Officers are fearful that every action is going to be judged with the worst possible presumptions. I look at the case in South Carolina, and it's clear that this is a wrongful use of force. Generally speaking, cops in that environment are highly sensitive now to how they will be judged when they think they're trying to do the right thing.

So his officers are "depressed" because they're "judged by the worst example." This is exactly how many citizens feel. Police officers routinely judge us "with the worst possible presumptions" but then demand benefit of the doubt for their own actions.

The real problem, the one the chief won't talk about, is the "us vs them" attitude of American law enforcement.

Faced with a bewildering array of laws to enforce, police officers quickly learn that every citizen is guilty of something. They get to choose who faces justice, and who goes scot free.

This is an awesome power and, not surprisingly, some let it go to their heads. Their world consists of people with badges who are above the law, and open season on everyone outside the "thin blue line."

One solution to this is to have fewer laws. Ending the war on drugs would do wonders for police-community relations. The political process is grinding slowly in that direction.

Meanwhile, police chiefs need to find ways to break down the blue line. Police officers like to think they are different and special. In fact, they aren't different and they certainly aren't special. A department that lets then think so is asking for trouble.