STAFF NEWS & ANALYSIS
Weapons of War On Our Streets: A Guide to the Militarization of America’s Police
By Sam Jacobs - October 09, 2019

The claim often heard from those attempting to pass more gun control legislation is that all they’re trying to do is get the “weapons of war off our streets,” but it’s simply untrue that “weapons of war” are available to the general public. You’d last about three minutes in a conventional war with an AR-15, even with one of the most aggressive builds you can get your hands on (that doesn’t mean it’s impossible for guerilla uprisings to defeat powerful enemies). The truth is that the only people with “weapons of war” on America’s streets are, increasingly, the police.

Thanks primarily to the Pentagon’s 1033 program which allows law enforcement agencies to get their hands on Department of Defense technology and the Bush-era War on Terror, American police have received a startling amount of heavy-duty, military-grade hardware. Between 1998 and 2014, the dollar value of military hardware sent to police departments skyrocketed from $9.4 million to $796.8 million.

And just as when “all you’ve got is a hammer, then everything looks like a nail”, militarized police have become more willing to use their new weapons when carrying out law enforcement tasks. For example, the number of SWAT raids in the United States grew dramatically from about 3,000 in 1980, to a whopping 50,000 SWAT raids in 2014, according to The New Jim Crow by Michelle Alexander.

To say that the militarization of the police is nothing new is to ignore America’s recent history as well as the long-standing model of a peace officer. As the police have militarized and the Pentagon backs major players in Hollywood, the focus has shifted from one who keeps the peace to one who enforces the law – and that’s an important difference.

What Is the Difference Between a Law Enforcement Officer and a Peace Officer?

The model for police, and the constables and sheriffs before them prior to the late 20th Century, was that of a peace officer. In many states, it’s not even true that police are law enforcement officers – even though it’s a term frequently used by the police and their fans in the “Blue Lives Matter,” “Thin Blue Line,” and “Back the Blue” movements.

It’s a subtle, but important, distinction: Is the role of the police to enforce the law or to keep the peace? Consider the difference between the police force of a typical American city and the fictional Andy Taylor of The Andy Griffith Show. The former is concerned primarily with enforcing the law for its own sake and catching as many “lawbreakers” as possible. The latter, on the other hand, is primarily concerned with keeping the peace. Sometimes that means looking the other way when laws get broken.

This isn’t simply a matter of how pleasant or unpleasant it is to deal with the police. Law enforcement officers might be writing parking tickets in the middle of a burglary epidemic due to their need to enforce all the laws all the time. Conversely, a peace officer is going to ignore a lot of low-level, habitual crime – even when there are clear victims (for example, vandalism or loitering) – because he emphasizes going out and catching violent and dangerous criminals. There’s no impulse to arrest a guy who habitually smokes weed on a street corner if he’s providing the police with valuable information leading to the arrest of violent criminals.

Peace officers might have the need for a sidearm and a shotgun, but they have little or no need for, say, a tank, to say nothing of the variety of nasty DARPA weapons police departments are increasingly wanting and getting.

The Origins of Militarized Police 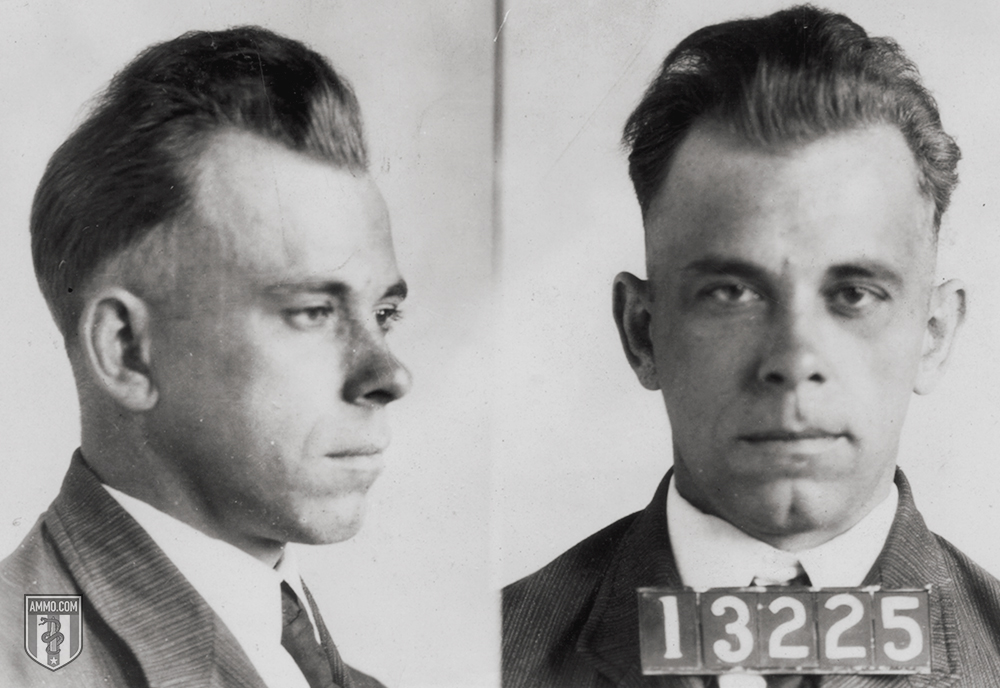 Before we begin talking about the militarized American police, it’s worth mentioning that United States law specifically prohibits the military from enforcing the laws in the U.S. That’s why we don’t have the Army enforcing the law, and also why we don’t have a military-style gendarmerie as is common in Europe. This law, the Posse Comitatus Act of 1878, was passed after the removal of federal troops from the Southern states following the end of Reconstruction. With rare exception, the federal government is not allowed to use the Army or the Air Force to enforce the law and the Navy has strict regulations for both the Navy and Marine Corps regarding the use of either for domestic law enforcement.

However, this law has been somewhat undermined due to police forces becoming so much like the military, which began during Prohibition in the 1920s. Organized crime got its first foothold in American life thanks to the lucrative black market in liquor. This was also the golden age of bank robbery with figures like Bonnie and Clyde, Pretty Boy Floyd and John Dillinger becoming folk heroes. The Thompson submachine gun and the Browning Automatic Rifle were increasingly used by organized crime and the “stars” of bank robbery.

The Prohibition Era saw domestic police departments wielding automatic weapons for the first time. There was nothing nefarious about this from the perspective of local police departments. In fact, it was the police departments most regularly in contact with vicious organized crime, such as Chicago and Kansas City, who led the way in arming their officers with automatic weapons and armored vehicles. At least two rounds of ammunition, the .38 Super and the .357 Magnum, were developed with the express purpose of being able to penetrate the early bulletproof vests worn by gangsters in the Prohibition Era.

This era of militarization drew to a close with the end of Prohibition itself. However, the militarization of police would resume again a few decades down the line.

Continue reading Weapons of War On Our Streets: A Guide to the Militarization of America’s Police at Ammo.com.