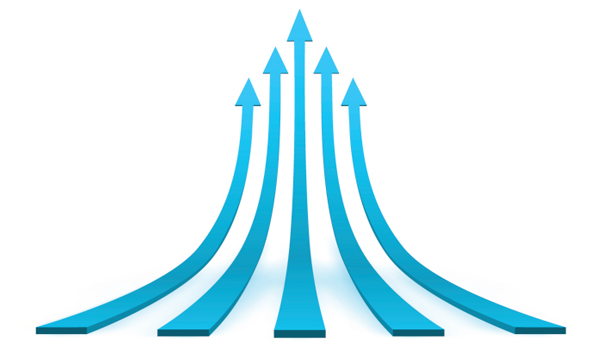 Rand Paul Is the GOP's Early Presidential Front-Runner. While the establishment hopes for a governor to emerge, he is quietly putting together a formidable operation. Democrats in Denial Over Obamacare … Sen. Rand Paul of Kentucky would start out 2016 in ideal position for the GOP presidential nomination. Make no mistake: The Kentuckian scares the living daylights out of many Republicans looking for an electable nominee capable of challenging Hillary Clinton. At the same time, he's working overtime to broaden the party's image outside its traditional avenues of support. The 2016 Republican nominating fight will go a long way toward determining whether Paul is the modern version of Barry Goldwater or at the leading edge of a new, more libertarian brand of Republicanism. – National Journal

Free-Market Analysis: Readers of these pages will not be surprised by this article in the National Journal, which is reflective of the way libertarianism has grown in the past decade.

The National Journal, in whose pages this article appeared, is part of a larger publishing company that includes the Atlantic magazine. "Atlantic" is a code word for a sociopolitical philosophy that seeks to bring the elites of Europe and the US together within a kind of globalist accord.

So why would the National Journal write such a laudatory article about Rand Paul? For several reasons. First, his father seems to have lowered his rhetoric on various controversial points.

Second, Ron Paul – Rand's father – did not contest the GOP primary nearly as energetically as he could have, according to many observers … thus allowing Mitt Romney to surge and finally win the nomination.

Third, compared to Ron Paul, Rand Paul is far closer to the conservative model of the GOP, circa Ronald Reagan and Barry Goldwater. Rand Paul is not – in his public persona anyway – reflexively anti-empire in the way his father is.

Thus, despite the wailing and gnashing of teeth about Rand's so-called libertarianism, Rand is far better positioned to win the nomination than his father ever was. The GOP – and thus the larger political establishment – can live with him and are likely confident of "working" with him as they eventually did with Reagan.

"I think that Rand and his small-L libertarian Republicanism can break through," said Paul's longtime adviser Jesse Benton. "He's a fundamentally better messenger than Barry Goldwater—[Goldwater's 1964 campaign slogan] 'In your heart you know he's right' is not very compelling. Rand is a wonderful communicator, and I think a message of individual liberty can build wide support."

Either way, Paul's brand of politics is a distinct departure from the party's traditional moorings. His occasional sympathy for Edward Snowden puts him on an island within the party. His critique of the National Security Agency's domestic surveillance techniques and noninterventionist views on foreign policy are gaining some conservative followers, but are still outside the party mainstream.

Many conservative foreign policy hawks could sooner support Clinton than Paul in a 2016 matchup. And he's got a history of questionable associations and controversial comments that would make Democratic opposition researchers salivate.

… [But] The politics of the 2016 Republican nomination look increasingly favorable to Paul. He is one of the top fundraisers in the field, has a ready-made base of support from his father's presidential networks, and has proven his savvy political instincts with a made-for-TV drone filibuster and NSA lawsuit.

The newly compressed Republican presidential calendar should benefit a Paul candidacy, since he's got the grassroots support to play in the small states and the money to fight forward in the big media-market states that follow. Paul's mutually beneficial alliance with Senate Minority Leader Mitch McConnell, who faces reelection this year, is a prime example of his political foresight.

… Paul, in taming the establishment skepticism toward him, could end up with the bigger prize. "He is the Republican front-runner," said Republican strategist Scott Jennings, who served as deputy political director in the George W. Bush administration and is now running a pro-McConnell super PAC in Kentucky.

Again, we predicted this long ago. Early last year we wrote an article entitled, "Rand Paul, the Next GOP Nominee for President."

Here's some of the analysis:

We believe a deal may have been struck between Rand Paul and the shadowy "leaders" of the GOP. The turning point was Rand Paul's endorsement of Republican candidate for president Mitt Romney some months before the US presidential election.

At the time, Paul explained that he felt it was incumbent upon him to endorse Romney because otherwise he would alienate GOP leaders who then would actively fight his (freedom) agenda.

… [But] what Rand likely did is what US politicians have done throughout the 20th and now the 21st century. He somehow reached out to the real rulers of the US and much of the rest of the world. This shadowy power elite – funded by controlling the astounding wealth of central banking – wants to create world government.

It needs pragmatic individuals like Rand Paul, though no doubt Rand is not yet entirely trusted. To put it in Hollywood sitcom parlance, he is probably on "double-secret probation." But he is gaining ground. He has seemingly enlisted for the duration, trading principle for pragmatism, and thus ensured himself of a high-profile.

He is now seen as a "spokesperson" for the Tea Party. In truth, there is no formal Tea Party movement. The original Tea Party was Paulian and inchoate. The current controlled Tea Party movement is specific and "patriotic." Economically, it is against complex taxation but has no position about the far worse problem of monopoly central banking.

The US is basically a libertarian country. We are of the opinion that election results are regularly manipulated. But there is a mass of tens of millions in the Red States that read alternative 'Net media, carry guns and are dead set against the globalist agenda that has been pushed on the country.

In the larger scheme of things, the political process is going to be a secondary change-maker. The real changes are occurring in the hearts and minds of citizens who have educated themselves about what's going on and concluded that the system is too corrupt to fix and that their best choice is either to emigrate or simply drop out as best they can.

The power elite may keep at least partial control of the political process but as the Internet Reformation continues, it is doubtful that they will win the continuing struggle for hearts and minds.