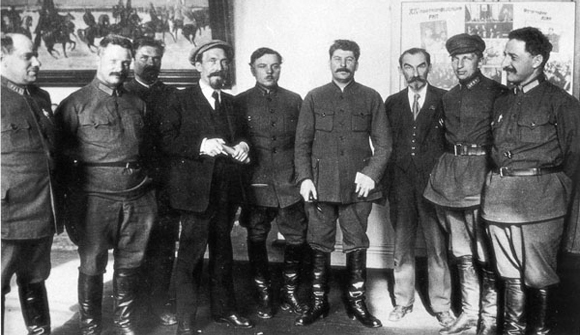 Fed raises rates for first time in 9 years … The Federal Reserve hiked interest rates for the first time in nearly a decade on Wednesday, signaling faith that the U.S. economy had largely overcome the wounds of the 2007-2009 financial crisis. The U.S. central bank's policy-setting committee raised the range of its benchmark interest rate by a quarter of a percentage point to between 0.25 percent and 0.50 percent, ending a lengthy debate about whether the economy was strong enough to withstand higher borrowing costs. – Reuters

Dominant Social Theme: This hike was a good move. Yellen "gets it."

Free-Market Analysis: Reuters samples lots of opinions in this post-rate hike article. First it sets up the sampling with a brief introduction. Then it begins to provide reactions. The first one is Mike Materasso, Senior Vice President & Co-Chair Fixed Income Policy Committee, Franklin Templeton, New York:

"Yellen's press conferences have been erratic. This is one of the better ones. Now we have this out the way. There is a pretty big divergence between the Fed's projection on the fed funds rate and what the market has priced in. There lies where the volatility will be."

"Come tomorrow, the market will focus back on oil and volatility that might result from that. The underpinnings to the domestic economy are very good. The consumers are in very good shape. That gives legs to the economy or provides cushion against shocks. Near term, there is a tremendous amount of volatility due to year-end illiquidity. We see potential adds in investment-grade corporate credit and to a lesser extent in high-yield. We also see a continuing flattening yield curve."

"I think they did a good job of simplifying, putting along the technical stuff (discount rate, IOER, reverse repos) in separate statements. The message is the same as we've been hearing over the last couple of months: 1) policy will still be accommodative for some time; 2) future policy action will be data-dependent; and 3) economic conditions are expected to evolve in such a way as to warrant a gradual path of rate increases."

Not everyone was as bullish as McMillan, of course. Including someone that Reuters didn't quote, Senator and presidential candidate Rand Paul. He was the subject of a Washington Post post-mortem entitled, "Rand Paul compares Federal Reserve to Soviet Politburo."

This article is a good deal more interesting than the Reuters roundup because Rand Paul made some blunt statements regarding the Fed. He even came right out and said the Fed is involved in price fixing.

Just hours before Sen. Rand Paul (R-Ky.) took the stage to address the Las Vegas Economic Club, the Federal Reserve announced the first interest rate increase in nearly seven years. It was the first, actually, of Paul's entire political career. And it was Paul's cue to wave a flag that had been lost in the increasingly foreign policy-focused Republican primary — the flag of Fed-bashing.

"Is it a good thing or a bad thing to raise the interest rate?" Paul asked. "Well, I'm kind of agnostic on it. It's kind of like if you ask me: All right, should the Politburo raise the price of bread or lower the price of bread? I like both prices, but the real question should be: Should the government be involved with setting prices?

Paul went on to say that the divergence between what the Fed does and sound economics constitutes a kind of cognitive dissonance. "What amazes me about the Federal Reserve setting interest rates is that almost to a person, conservative economists in our country will say, wage and price controls are a mistake."

We wondered how the Post writer would handle this simple but powerful observation. The writer sidestepped the matter by observing that, "Paul's comparison between setting interest rates and setting prices is not one many politicians would make."

Having focused not on Rand Paul's point but on his profession, the author then pointed out that the central bank price fixing was a common practice, as if popularity somehow mitigated bad practices. "Most developed, capitalistic nations empower central banks to set interest rates."

The article brings up some other points as well, admitting that the Fed "has become a target for some conservative and libertarian-leaning politicians," in the aftermath of the Great Recession. It's been blamed for the 2007 real estate bubble, the article observes, and then for keeping rates too low during its bouts of "quantitative easing."

The article even quotes Sen. Ted Cruz (R-Tex.), who, "has suggested that the dollar be tied to gold, wrenching away the Fed's ability to set rates." But it ends with another quote from Rand Paul comparing the Fed once more to a politburo. "The reason the Soviet Union failed is that it couldn't come up with something as simple as the price of bread," Paul is quoted as saying.

This is the real issue, of course: How does the Fed set the prices it seeks to fix? There is no real answer. The Fed comes up with its prices based on a "consensus" of those in the room. It really is a kind of politburo.

There is no substitute for marketplace competition when it comes any good or service and money is no exception. Money has a price and it ought to be determined by the market. There's no other way.

It is certainly worth remembering amidst all this hoopla, that central banks inevitably get it wrong and that, even worse, they are supposed to do so. Those who stand behind central banks, committed to internationalism, are determined to create a fully global financial system and the only way to do so is tear down the old one first.

This is what's going on now. The Fed is an agent of social and economic destruction on behalf of an international elite. In fact, it's absurd to speculate on whether the Fed is right. It's not supposed to be.