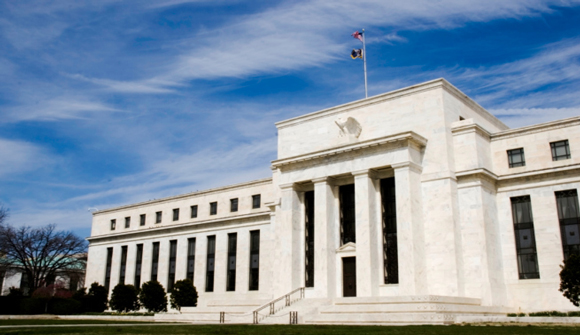 Dominant Social Theme: Let's not talk about the Fed. It's boring and even irrelevant.

Free-Market Analysis: Ordinarily we would post something on a different topic given that our first article examined central banking. However, this report (see above) on the Republic debate is important to note, as it provides further evidence of opposition to a central Fed meme – namely that the Fed is neither competent nor providing a necessary service.

Almost a half-decade ago, we announced the Federal Reserve as a credible monetary facility was in significant difficulty and was losing support of the citizenry it was supposed to serve. Since then we've seen nothing to change that conclusion. The Fed as an institution is certainly in trouble and continues to lose credibility.

The Fed came in for significant criticism last night. During the Republican "undercard" debate – as in a previous late October debate – the Fed was targeted by national politicians, and its strategies and even right to exist were questioned. Most prominently, New Jersey Governor Chris Christie came out for a Fed audit, supporting a bill introduced by libertarian senator Rand Paul that has some 30 cosponsors.

Former US Senator Rick Santorum pointed out that low rates are harming the finances of senior citizens. Seniors traditionally have lived off interest on savings but with rates so low the proceeds derived from savings and investments are increasingly modest.

Former Arkansas Governor Mike Huckabee reportedly supported Santorum on the issue and then in a somewhat astonishing statement seemed to call for a return to some sort of gold standard. "The Fed has manipulated the dollar, so it doesn't have a standard. Tie the dollar to something fixed and if it's not going to be gold, make it the commodity basket." Huckabee added that if elected he would replace the current Fed chairman Janet Yellen.

These sentiments reinforced points made at the previous Republican debate and described in October 29th post by The Wall Street Journal:

Mr. Cruz lambasted what he saw as a "star chamber" of central bankers implementing radical policies with little democratic accountability. He was particularly concerned with the now-ended campaigns of long-term bond purchases the Fed employed to provide stimulus

Fed officials must be increasingly alarmed by the anti-Fed political stances of the candidates. Even before the debates, the Fed had targeted Rand Paul and his bill. This did not deter Paul, who has reintroduced the bill, predictably provoking further responses from the Fed. Here, from The Pulse 2016:

In a shocking twist … Federal Reserve Vice-Chair Stanley Fischer decided that the Fed really shouldn't be audited by Congress. Strangely, Fischer made his impassioned plea for the political immunity of America's central bank…to Canada. Speaking at the Canadian embassy in Washington, Fischer criticized the audit the Fed legislation backed most prominently by presidential candidate Sen. Rand Paul, R-Ky.

Paul's Fed audit, and separate legislation backed by Republicans on the House Financial Services Committee, would "reflect an effort by the Congress to influence the Fed's policy decisions," Fischer warned. He did not mention Paul or any other lawmakers by name. In text prepared for the speech, Fischer said the bills would subject the Fed "to the very sort of political pressure from which experience suggests central banks should be independent."

Leaving aside the strange choice of venue, Fischer's assertion that the Federal Reserve should not be accountable to elected representatives of the people displays a level of hubris not seen since his 1999 prediction that the Fed could manage the economy better without even the modest restraint of a monetary rule like gold.

The trouble with the Fed's responses is that they do not take place in a vacuum. The Fed has had a full century to establish a track record and any objective scrutiny would surely conclude that it is not a very good one.

Fischer wants people to believe that congressional oversight would impede the Fed and have a deleterious effect on its performance. But that ship has sailed, hasn't it? How many US citizens who have any understanding of monetary policy would answer in the affirmative when asked if the Fed was doing a "good job"?

Ultimately, the only significant response that the Fed can make – as absurd as it sounds – is to make sotto voce threats to damage the economy in the hopes that politicians will cease provoking a confrontation. The last time a central bank tried something like this was during President Andrew Jackson's term of office. He shut down that version of a US central bank, nonetheless, and the US was not the recipient of another one until 1913.

The current Fed criticism is not yet at a fever pitch, but it is trending in that direction. The Fed has gone from not being able to provide certain information to congressional overseers to trying to fend off legislative demands for a broad array of data that could prove potentially damaging if not fatal to whatever shreds of credibility the Fed has left.

This is significant. Something is going to change. The current attacks certainly call for increased investor vigilance. The issue is not so much whether the Fed's status will "evolve" as it is what supporters of the Fed will do if they grow increasingly desperate.

At the very top of the worldwide central banking hierarchy are doubtless those who have a vested interest in a Fed "takedown" because the resultant chaos might hasten the formation of a truly global currency. But there are also many with a good deal to lose: those who might not take kindly to certain sacrifices doubtless being contemplated.

Again, the progression of this meme continues and is quite serious. It is not going away and eventually will have significant ramifications. Investors, in particular, need to take care. Please consider signing up for The Daily Bell Newswire, below, to receive additional information that may prove helpful as these extraordinarily important events continue to evolve.