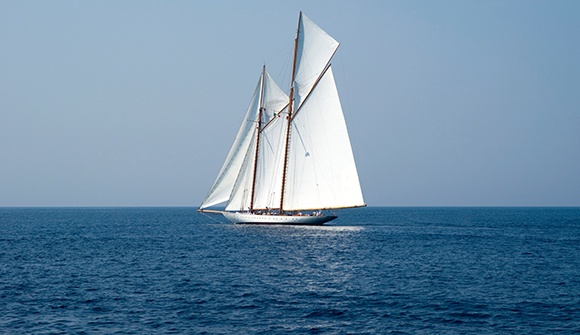 STAFF NEWS & ANALYSIS
Sailing out of the doldrums
By Simon Black - January 09, 2023

By the turn of the 18th century, Great Britain was well on its way to becoming the dominant naval power of Europe.

Brits had come to understand that a strong navy and merchant fleet were necessary to grow powerful and prosperous as a nation. And a mythology was already building around the Royal Navy.

However all was not rainbows and buttercups. In 1796, the Royal Navy lost control of the Mediterranean. And in 1797, despite several victories, including repelling a French invasion of the British Isles, the navy also suffered two mutinies. And the threat of French invasion persisted.

It was amid this backdrop that a young poet named Samuel Taylor Coleridge wrote The Rime of the Ancient Mariner.

In it, a mariner is cursed to wander the earth telling his story about his grave error of killing an albatross which had led his ship out of icy, mist-shrouded seas.

One of the most famous lines occurs as the ship is stuck in a silent and motionless sea, with stagnant air which refuses to fill the sails:

“Water, water, every where,

And all the boards did shrink;

Water, water, every where,

Nor any drop to drink.”

The ship had drifted into what is known as the doldrums. This is the area between the distinct trade winds systems of the northern and southern hemispheres. Trade winds easily carry ships across the ocean; you can just sit back and let nature do the work.

In the doldrums, conversely, the sea is silent and winds still. You can’t move forward, and you can’t go back.

It’s not immediately dangerous, like a storm. But it is extremely dangerous to be stuck, with dwindling supplies, just waiting for a catalyst.

(In Coleridge’s poem, the men were despondent, depressed, and constantly expecting disaster.)

As we enter 2023, this is essentially the psychological condition of most of the world.

In the US, for example, there’s no major cataclysm; the job market still seems to be fine, and inflation has ticked down ever so slightly.

But everyone seems to be braced for something much worse to come; businesses have started to freeze hiring, and some are laying off workers. They are conserving cash, and not being very aggressive with innovation or investment.

Economic activity has declined, as everyone holds their breath waiting for a recession. And these conditions can actually cause a recession, because it is expectation driven.

This behavior is also driven by the endless chorus of “experts” predicting the future.

Of course, no one can predict the future.

Does anyone actually still take these people seriously???

It’s more important than ever to decide for yourself how to react to the current conditions.

This is the subject of today’s podcast— having the independence of mind to reject the experts and take back control, in light of the abundance of opportunity that truly exists today.

You can listen to the podcast here.