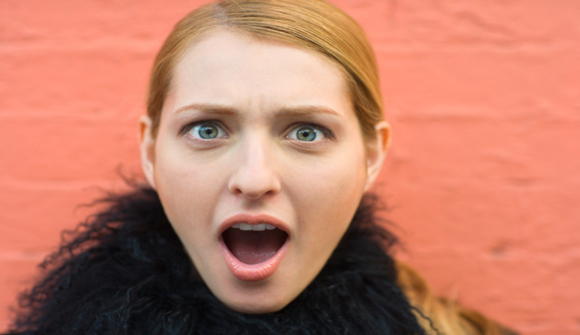 David Cameron: he said everything we might have hoped for … Uncharacteristically, I'm almost lost for words – or at least for critical words. David Cameron said pretty much everything I wanted him to say in his belter of a conference speech. He chose to identify his overall theme as a "Britain people can be proud to call home". What this amounted to in effect was a picture of a social morality based on rewards for hard work, personal responsibility, pride in your achievements, and true fairness (which is to say, getting "something for something" rather than something for nothing). And, most important, the idea that permitting people to live in permanent dependency was not just a waste of money, but a waste of life. – UK Telegraph

Dominant Social Theme: Taxes are to be raised whenever possible so the government can provide an appropriate level of goods and services.

Free-Market Analysis: In a wide-ranging speech and fresh off a "no secession" vote in Scotland, UK Prime Minister David Cameron sounded like a convert to free-market thinking. This has sent conservative journos into a kind of subdued adulatory shock – and editorialist Janet Daley is obviously among them.

What is ironic is that while Daley musters considerable enthusiasm for Cameron's announced policies, her audience is considerably more skeptical. As of this writing, she had mustered over 1,000 feedbacks, many negative.

Here's a little more from Daley:

Then there were the surprise detailed promises. The increase in the personal tax allowance to £12,500 was not quite a thunderbolt, since it was simply one more stage in the process of taking the low paid out of income tax. But increasing the threshold for higher rate tax to £50,000 – which is a serious, not a risible, rise – was stupendous.

This really will go a significant way toward rectifying an absurd social injustice as well as an economic disincentive to aspiration.

… The riff in his peroration about the Conservatives being the trade union for hard-working parents, people who want to provide for their families, who want to get on in life – was both clever and true. The speech might have been called "Patriotism rather than paternalism": the idea that national pride and personal pride were part of the same package.

The only slightly odd note was the absence of references to foreign policy at a moment when we are, in fact, at war. Perhaps Mr Cameron feels that elections are always won or lost on domestic issues and that the military action does not impinge that much on the electorate. This may be true but it still seemed a strange omission.

Daley brings up a good point here because just the other day, Cameron called for military participation in the Middle East alongside the US. As Britain is still, despite contrary reports, struggling to extract itself from a six-year financial crisis, it will be interesting to see how Cameron intends to pay for a new war while trying to implement fiscal reform at home.

Daley's audience seems to sense the contradiction, and many feedbacks are cynical and occasionally vituperative. If this sentiment holds for the larger Tory voting population, then Cameron's new initiatives are doing little to ingratiate him with his all-important domestic audience.

In a number of feedbacks, we see UKIP mentioned. It is obvious to these Tory-oriented feedbackers that Cameron is pandering. Of course, he has a history of this. When Scottish secession seemed feasible, Cameron made a speech with just days left that promised Scottish voters an expanded level of self-determination – were voters only to vote against secession.

And now Cameron is a sudden free-market convert. It turns out that tax cuts may, after all, stimulate economic animal spirits. That more money in the pockets of consumers and entrepreneurs is better than less. That government spending is inefficient and that private market expenditures are preferable.

But nobody believes, apparently. And this bodes well for libertarian oriented UKIP, as we have often noted before. The Tory arc of credibility may have now reached its historical nadir, reduced to nearly nothing by a prime minister that will say almost anything and increasingly stands for nothing.