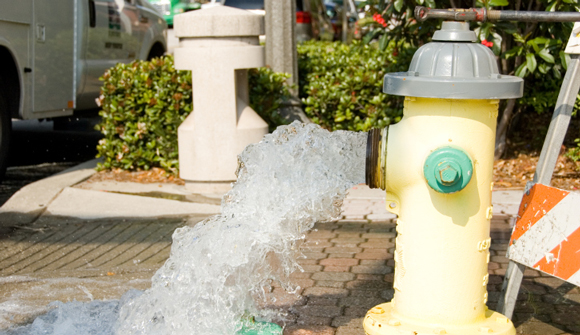 Congress announces deal to end government shutdown, avoid US default … The deal would extend US borrowing authority until February 7; US Treasury would have ability to extend borrowing capacity … The US Congress settled on a deal to reopen the federal government and avoid default on America's debt just hours before the Treasury Department would have lost its authority to borrow money. Senate Majority Leader Harry Reid and Minority Leader Mitch McConnell forged an agreement whereby the US government will be funded until January 15, and its borrowing limit will be extended through February 7. At press time, the deal was awaiting approval in both the Senate and the House of Representatives, but leaders from both parties implied it would go through. It was expected to pass late at night, clearing the way for it to arrive on President Barack Obama's desk to sign before the deadline on Thursday. – Jerusalem Post

Dominant Social Theme: Governments works, and big government works especially well – when it is given a chance.

Free-Market Analysis: As of our deadline, the US Congress had struck a deal to end a government shutdown, as described in the Jerusalem Post article, excerpted above. The Post explains how the shutdown occurred and mentions the main ramification, which is that Fitch Ratings is ready to downgrade US credit.

Fitch's warning only increases the surrealism of this entire event, in our humble view. We remember back in 2007-2008 when the financial system froze up around the world, that the big ratings agencies had "not a clue." The entire Western economic system was freezing and crumbling. The ratings watchdogs gave no warning, however, did not anticipate the outcome and never fully reflected the situation.

In fact, the Western economy today is a hall of mirrors, each reflecting the other rather than the reality of what is going on. The system today has seemingly been propped up by some US$50 trillion in central banking cash injections in the past five years, as near as we can figure. Central bankers like to talk about transparency but try to understand how much they're REALLY printing and you soon find yourself lost in a maze of surreal reflections.

The US owes something like US$200 trillion in terms of total obligations to its very large baby-boom generation. And those obligations do not count more wars in which the US might choose to engage. The US and its pathological military-industrial complex has been averaging about a war a year since Barack Obama took office (and humbly accepted the Nobel Peace Prize).

But the current "crisis" has been resolved! Were this another day, say a decade ago, the top journos in Washington DC would already be lining up book publishers to write 500 page tomes about the crisis, how it was eased and, of course, how President Obama himself, cool-as-a-cucumber "No Drama Obama" handled it.

We still may get some of those books – or at least multi-part, breathless narrations in, say, the Washington Post or the Wall Street Journal: "Witness to history"-type narratives. But one does get the feeling that some of the air is leaking out of the bubble of unreality that surrounds DC and the political process generally.

Not all, of course. The National Review carried an article about a standing ovation for House Speaker John Boehner, who told Republicans they had "fought the good fight." Here's how the article described it:

They all rose up to offer a standing ovation. "It was one of the easiest meetings we've ever had," says Representative Mick Mulvaney of South Carolina. "I think he has strengthened his position in leadership,"

Representative John Fleming says about Boehner. "He hung in there with us. He's been reluctant to go to these fights and now that we have stood up and fought for our values and he's been there with us, leading, I think his stock has risen tremendously. He has great security as our leader and our speaker."

One can only stand back and absorb such narratives with mouth metaphorically agape. The idea that US legislators are motivated by high moral principles is one of several dominant social themes that generally surround today's regulatory democracy.

Another, following logically, is that regulation is effective and that legislators "work." They do not. They pass "laws" that are in economic terms price fixes, wealth transfers generated via the threat of force. The business of legislation is figuring out what groups of people can be targeted for these wealth transfers.

The wealth transfers are created via narratives, and thus politics is a narrative business. Think tanks, legislative groups and clustered consultants are paid billions to create these narratives that are then relayed "to the people" by controlled media.

Every part of the modern system, from politics, to education, to business, to justice has been carefully crafted to fit together like an intricate jigsaw puzzle, each piece supporting the next. It is only when you step back and survey the whole at special times in history – and this era of the Internet is one such – that you can visualize the whole and appreciate the extraordinary and energetic mendacity of its power-elite builders.

Nation-states, patriotism, wars "on terror," money "printed from nothing," religious beliefs diverted to create more social tension, gender and income disparities utilized for the same purposes. On and on … the web of control is mind-numbingly vast and intricate. Divide-and-conquer is the strategy.

And yet, in our view, it is perhaps coming to an end … or at least evolving. The Internet Reformation is changing the narratives "on the ground." Too many have been exposed. Too much manipulation has been internalized. Here's a recent poll courtesy of Rasmussen that ran recently on Drudge:

Right Direction or Wrong Track … 17% Say U.S. Heading in Right Direction in Politics … 62% Think U.S. Likely To Default on Debt … 82% of Democrats Say End Shutdown; 71% of GOP Say Keep It Going … 54% Have Felt No Impact from Obamacare … The number of voters who believe the country is heading in the right direction has fallen 11 points over the past week to its lowest level in nearly two years.

Just 17% of Likely U.S. Voters now say the country is heading in the right direction, according to a new Rasmussen Reports national telephone survey for the week ending October 6. That's down from 28% the week before and the lowest finding since early December 2011.

Now, we are not big on polls because the sampling is ludicrously small. But still, the numbers in this poll are startling, especially considering that it includes voters – people who for one reason or another are invested in the system enough to vote. Most are not.

Boehner can get a standing ovation and the DC-centric mainstream media can continue on its way, reporting business-as-usual, but we would argue times have already changed, and we are going to be seeing more and more results from these changes going forward.

The system is surely broken; Western dysfunction is no accident, nor is the rise of the alternative media and alternative political movements including the Tea Party and UKIP. And while the system to some degree has been broken deliberately by the very elites that put it in place, they may have forgotten it is easier to create chaos than to contain it, especially in this modern era.

What just happened in Washington DC is not an aberration. For those with the courage to understand and the intelligence to internalize, these times offer tremendous risks and inordinate rewards. A great game is afoot and nowhere near ending …