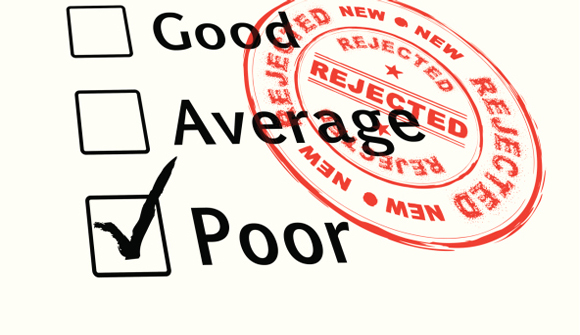 STAFF NEWS & ANALYSIS
Simon Black: Failing Yahoo Is a Metaphor for the US
By Daily Bell Staff - December 28, 2015

Katie Couric reveals what it's like to work with Marissa Mayer at Yahoo … Yahoo global news anchor Katie Couric tells INSIDER exclusively: "Marissa is in the spotlight … When you're a high-profile woman, I think that it can sometimes be uber-challenging, and I think she's putting her head down and trying to do the work, and I know it must be challenging at times for her. – Business Insider

Dominant Social Theme: It is hard to be successful in big business and Marissa Mayer has had the bad luck to run a middle-aged company in a red-hot competitive environment.

Free-Market Analysis: Marissa Mayer was the subject of optimistic media profiles when she joined Yahoo in 2012 as its young and fashionable CEO. A brilliant "techie" and manager with Google, her knowledge of the industry was never in doubt for most in the mainstream media. Her ascension in some sense was more of a coronation than a hiring.

We always had doubts. Our doubts had little to do with Ms. Mayer directly and a lot to do with Yahoo itself, which seemed to us to have lost its way.

When we tried to figure out what Yahoo could do to compete with Google or Microsoft – or even Facebook – we always came up empty. Yahoo had no single app or engine that made it a necessary site to visit. We knew why we used Google (as much as we tried not to) but there was nothing Yahoo possessed that compelled us to visit it on a daily basis.

We noted this and wondered what Ms. Mayer could possibly do to reinvigorate Yahoo. As it turns out, despite Ms. Couric's appreciation of the woman who is essentially her boss, Ms. Mayer is having an increasingly tough time.

Yahoo has been fortunate that for one reason or another it invested in the "Chinese eBay" called Alibaba about a decade ago. That single investment has probably saved the company from extinction or merger, as its current stake in Alibaba is worth over US$30 billion.

As Yahoo's woes have accumulated, Ms. Mayer has been the subject of additional scrutiny. Her annual pay – now at least US$40 million – makes her one of the highest paid executives in Silicon Valley. And she has become known for lavish spending on other employees as well.

In June, Ms. Couric renewed her contract with Yahoo, and received a raise from $6 million a year to $10 million. This is seen by some as a sign of profligacy simply because the strategy of providing original content to Yahoo users has not been seen as successful, and Ms. Couric is seen as representative of a failing strategy.

Ms. Mayer meanwhile is under pressure from shareholders to merge with AOL, another aging company that has a dependable user base and an unoriginal but serviceable product profile as an Internet publisher.

Given that Ms. Mayer has reluctantly come to the conclusion that Yahoo must split into two companies it is not unthinkable that she will be driven into AOL's aged arms. One of Yahoo's core businesses is ad sales and that blends efficiently with AOL services.

Over at Sovereign Man, publisher Simon Black recently wrote about the Yahoo dilemma and shared some thoughts about Ms. Mayer and Yahoo's culture generally.

He pointed out that the company is "a shell" of what it once was as a pioneer in both search engines and digital ads. The company, he reminds us, has posted several quarters of negative operating income, its traffic rank is deflating and top engineering talent is leaving.

He even criticizes Ms. Mayer's acquisitions strategy, calling many of the company's purchases "boneheaded." What especially bothers him, apparently, is Yahoo's recent Christmas party. Here's how it he describes it:

One would think that a company in such obvious decline would demonstrate a modicum of frugality. Think again. Yahoo's annual Christmas party this year was a Roaring 20s / Great Gatsby theme, complete with champagne towers and a vintage Rolls Royce.

The party itself, right down to the theme, was a symbol of waste, indulgence, and excess; it reported cost between $7 and $10 million to stage. I mean, the only thing more excessive would have been a Caligula remake.

I have to imagine stakeholders are wondering: what are these people thinking? The good old days are long gone. This is no longer a company that can afford such largess. And everyone seems to realize it… except Yahoo.

In the latter half of the article, Simon Black makes a meaningful comparison between Yahoo and the United States, writing that Yahoo is a kind of "metaphor" for a country that has "peaked" just as Yahoo has.

US debt is higher than it's ever been, and the government still loses money every year. Even in their most wildly optimistic projections, they have no expectation of a budget surplus.

The US was once the colossus that bestrode the world, Simon reminds us, but today its finances are unsalvageable, its middle class is vanishing and its monetary and regulatory systems are based on unaffordable consumerism and currency debasement.

Most disturbingly, US officials and its military-industrial complex are turning to brute force in foreign relations and authoritarianism and intimidation at home. Corruption such as that which has occurred at the IRS over the past years is featured in various congressional hearings but neither addressed nor ameliorated.

Just recently, an upcoming – and unsustainable – federal budget of some $4 trillion was welcomed by many including those in the mainstream media as evidence that the legislative process "worked."

Simon Black concludes with the observation that anyone with a modicum of rationality would surely perceive that the US is headed for perilous shoals that it will not survive without a serious crack-up. He therefore advises that rational people "have a Plan B" including "sensible steps to protect yourself against the consequences of one of the biggest trends in history."

We often make this point because what is going on in the US and the West generally is increasingly obvious. And after it happens, people will see that it was entirely predictable.

Black is obviously negative about Yahoo and Marissa Mayer but his larger point is well taken. In many ways, Yahoo is a metaphor for the US itself. On the other hand, he doesn't point out a further truth, which is that Ms. Mayer didn't really have a choice about the strategy she adopted. Necessity may have mandated it.

But YOU do have a choice, especially if you are reading this article and keep up with the alternative media regularly. You understand what's going on and the rational, prudent steps you need to take. We write about them all the time, and you can find the same suggestions in other publications as well, including Sovereign Man.

You need to take human action. There is still time, but if you haven't done it already, now would be a good time to begin.