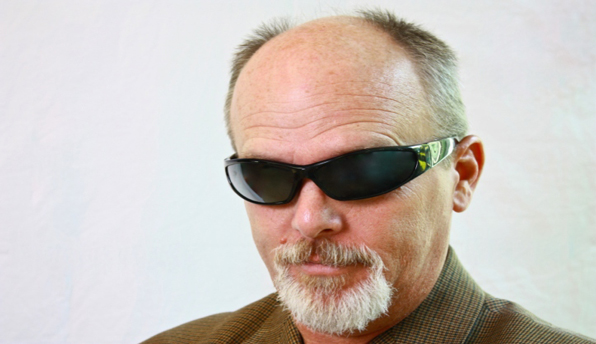 Profit From Global Warming or Get Left Behind … Still think human activity isn't changing the climate? Last month, I wrote about global warming in the context of investment opportunities. As part of that discussion, I mentioned McKenzie Funk's new book, "Windfall: The Booming Business of Global Warming." I thought framing the financial opportunities of this might bypass the usual agnotology and political foolishness. To quote: "This debate is no longer about whether global warming is real (it is) or whether humans are the most likely cause (you are), but rather, some very interesting and different questions that might be more professionally relevant to finance: How is this going to affect business? What are the investing consequences? Who will be the financial winners and losers of climate change?'' – Bloomberg

Dominant Social Theme: Climate change is taking place on schedule, almost as if it were scripted. Of course, it's not.

Free-Market Analysis: We focused yesterday on the sudden reoccurrence of the singularly obnoxious Al Gore and his rejuvenated climate change pitch in the face of so much seeming weather turbulence.

This Bloomberg article, excerpted above, following on the heels of Gore's drumming is even more obnoxious, if that's possible. Its smug tone, unctuous pontificating and faux-certainty all make it stand out in a field of similarly obnoxious research reports and articles.

Notice the initial query in the excerpt above. "Still think human activity isn't changing the climate?" This is akin to another equally silly question: "At what point in time did you make the decision to shoot your wife?"

There is no good answer to a question like this. First of all, the climate is always changing. And secondly, it is absolutely impossible to ascertain whether or not "human activity" is responsible for it … or for any of it … even a small percentage.

And does it even matter?

Obviously, this article takes the point of view that it does matter. Here's more:

… "Windfall" went with me on vacation … This is a hugely entertaining book that follows the money related to anthropogenic global warming. This narrative travels the world looking at where investors and financiers are already putting cash to work.

There already are enormous investment funds set up to participate, whether from giants like Deutsche Bank or from smaller individual hedge funds and private-equity shops.

… Where is the money going? Follow the cash as Funk deftly explores three themes: What is wet is getting wetter, what's dry is getting drier, both of which are leading to a massive land grab. Farm land, oil and mineral exploration rights, timber and water are the commodities of the future.

Fights will break out over ownership of the Arctic by the five nations that border it. Transportation changes and massive geo-engineering projects all get their due. It is a fascinating and wide-ranging discussion, never drifting too far from the financial repercussions.

A huge wave of innovation has already begun. Desalination plants from Israel, along with snow-making equipment from the same company. Genetically modified salt-resistant crops. The spread of Dengue fever north as the mosquito's range increases and moves north.

Low-lying land management, locks, and canals. Water shortages, water deluges and a desertification. Funk takes the reader on a fascinating world tour where the debate over the effects of global warming has ended, and the search for investment opportunities have begun.

The book is filled with surprises, but two things stood out from the rest, both with significant strategic implications: The first is that more than a billion people now live in areas that will become uninhabitable. This is creating enormous tensions along borders.

India is building a wall around Bangladesh to keep out refugees fleeing floods. Something similar is occurring in the Mediterranean Sea, as Europeans try to keep out an endless flotilla of boat people seeking to escape North Africa's expanding deserts. The second is – as is the case with all major changes – there will be winners and losers …

Indeed, there will be "winners and losers" but we are not so certain as this article appears to be as to the nature of them.

Certainly, as we pointed out yesterday, the trap appears to have been sprung. By changing the meme from "global warming" to "climate change," the globalists behind this meme are creating a seemingly foolproof argument.

All that is left is to agitate the environment. If you can do that while crying "climate change" then the result is almost preordained. You can use legislative control to mandate whatever you want, be it carbon trading or vast atmospheric sinks that are specially developed to bury pieces of the sky, metaphorically speaking anyway.

The point of our article yesterday was to call attention to the apparent reality of technology that can agitate the environment. If this technology exists, and apparently it may, then implementing this meme and actuating the consequences via directed history becomes perfectly possible.

One needn't stir up much of the world's atmosphere. A few major storms and tsunamis will provide the needed alarmism. Control of the world's major media may do the rest.

But does this technology really exist? In fact, when doing some 'Net due diligence to answer an especially persistent feedbacker, we came across a citation involving Dr. Vermeeren, Delft University of Technology, who presented in 2010 a 300-page scientific report entitled, "CASE ORANGE: Contrail Science, Its Impact on Climate and Weather Manipulation Programs Conducted by the United States and Its Allies."

His conclusion: "[O]ur investigation team comes to the conclusion that climate control programs, controlled by the military but approved by governments, are silently implemented in order to avoid the worst case scenarios they obviously do not want. The two basic instruments are temperature control through generation of artificial clouds and manipulation of the ionosphere through ionosphere heaters.

"Both remain basically military combat systems with the option to go into the offensive if deemed necessary. However since several ionosphere heaters are installed on various places around the globe one can assume that there is wide cooperation between governments in order to reach the climate targets by 2025: controlling the weather and thus the planet."

The cite was part of a larger Global Research article that referred to the literally hundreds of patents that have been filed by multinationals and even by the Pentagon involving weather control.

Here at High Alert, we've been pointing out that the IPO channel is jam-packed full of "weather change" and "global warming" corporate solutions. The idea seems to be to gun the markets upward with supercharged money while gradually feeding in these faux-solutions.

People seeing wind farms and solar panel shops bid sky high will be increasingly malleable when it comes to this meme, especially if they are tempted to invest in it.

We've also pointed out that these solutions are often nonsensical, at least misrepresented. And yet … it is fiendishly clever. Certainly, we didn't fully understand the mechanism that might be used to further enhance climate change credibility. We didn't consider the idea of active involvement of weather technologies located at places like HAARP.

Again, such speculation sounds, well … loony or at least paranoid. You are welcome to reject it, dear reader, or to investigate it further as you choose. Furthermore, bear in mind we are providing observations not conclusions.

We have no idea if a nefarious plot has been launched to disrupt the weather that would include alarmist media coverage and surreptitious technological applications of climate technology. But given what we've come to understand about internationalist "directed history," it wouldn't exactly come as a shock.

It would explain Al Gore's higher profile and also the smug tone of this sort of article. It's almost as if certain commentators and spokespeople know something we don't (or shouldn't). And yet, perhaps we do …