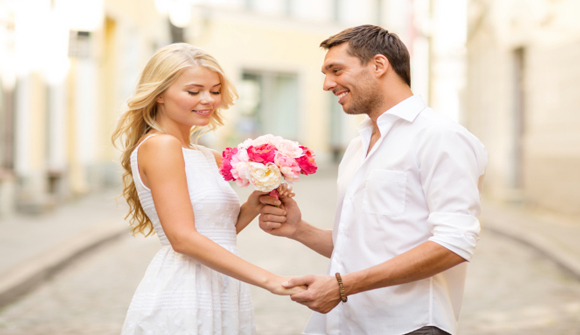 Stoners get high on love with marijuana dating sites … Dinner and a movie make for a typical date night but dinner followed by a joint could raise some eyebrows or be a turn-off despite increasing acceptance of marijuana use across the United States. So now, tuned-in stoners and users of medical pot are turning on to dating websites that cater exclusively to tokers or, at the very least, the "cannabis friendly" to avoid experiencing what they describe as all-too-frequent shock and rejection on the dating circuit. – Reuters

Free-Market Analysis: Users of cannabis are just like you and me. In fact, over time we've predicted that cannabis will assume the industrial profile of wine or cigars. There will be cannabis to suit most every taste and mood, from very expensive brands to inexpensive ones.

In the meantime, even though cannabis is yet in the first phase of decriminalization, the industry is beginning to rationalize itself in ordinary ways. That is, the product is increasingly finding a home within the context of normal business structures.

Larry, who asked to be identified only by his given name because of the legal issues surrounding marijuana use, says he is "very much enjoying" dating a woman he met on the dating website 420singles.net. The site name corresponds to a numerical code widely recognized within the cannabis subculture as a symbol for all things marijuana.

"She lives near me but we wouldn't know about our shared medical marijuana use if we hadn't connected on the site because no one discusses pot smoking in my circles," he said.

Larry's go-to website, with nearly 23,000 members, was the brainchild of 28-year-old California entrepreneur and self-described stoner Ryan Moxon of Marin County. About three years ago he dreamed up the idea for the site while yearning for the girl of his dreams: one who smokes pot.

Membership is concentrated on the U.S. West Coast but also includes international smokers and has ballooned since voters in Washington state and Colorado opted to legalize recreational marijuana use in 2012. Voters in Oregon, Alaska and the District of Columbia will vote in November on the issue, and the New York Times in July called for the repeal of the federal ban on marijuana for those over the age of 21.

… A newer website launched several months ago "aims to connect those with a passion for cannabis," said Miguel Lozano of Los Angeles, founder of My420mate.com with some 6,200 members. Lozano, a medical marijuana user who enjoys pot to ease sports injury pain, is eager to counter the image that cannabis lovers are "merely hippies," he says.

"There's a stereotype that pot smokers are lazy, isolated and lonely. They're not," he said. "They're the life of the party, they're often professionals and ambitious business people, and they make good partners." Lozano and Moxon are hoping their sites will become ad magnets for the burgeoning number of legal marijuana dispensaries and related products.

Both sites already have drawn interest from potential investors, they say. Legal pot sales alone are expected to reach $10 billion by 2018, according to The ArcView Group, a marijuana industry investment company in San Francisco.

This nascent industry is being combated by law enforcement officials and penal interests that have a stake in the unfortunate monetization of incarceration. But public sentiment seems to be fairly accepting of legalization at this point; thus, further law enforcement is probably a lessening trend.

As officials of various countries, states and municipalities begin to see the kinds of tax revenue they are foregoing by not making cannabis more accessible, it is probable that what is now a legal trickle will soon become a stream and then even, eventually, a deluge of decriminalization and legalization.

This sort of process is both logical and reasonable. If a product or service is meeting with public approval, there will inevitably be entrepreneurs that see ways of profiting either individually or within the context of larger enterprises.

One can never predict what these businesses would be, as the Invisible Hand tends to move in mysterious ways. Who would have thought that initial cannabis enterprises would include dating services? (Maybe it was obvious to you, dear reader, but not to us.)

This is the sort of trend that inevitably boosts the pressure for more decriminalization and legalization. As businesses are built, as jobs are created, as the "strangeness" wears off, cannabis will come to be seen as part of quality-of-life adult pleasures.

Those who want to benefit from an investment perspective will surely try to anticipate the kinds of rationalization now taking place. The next "big idea" is just around the corner and if it a successful one, then it will grow with the burgeoning industry itself – and could grow quickly, indeed.

One trend we've remarked on previously has to do with a more logical configuration of how and where cannabis is being cultivated. As Latin America begins to become more aggressive about cannabis legalization, there's probably going to be an explosion of cannabis cultivation in areas that have traditionally proven hospitable to the plant.

Indoor growing will surely survive and even thrive but natural cannabis grown out-of-doors in the sunlight, exposed to weather and rain, will likely produce some of the best results over time.

Of course, we're also aware that companies like Monsanto are taking aim at the cannabis market, too. Monsanto reportedly has the idea for genetically modified or even artificial cannabis that can be patented.

Ultimately, the cannabis business will probably be controlled by large multinationals that will leave room in the upper echelons of production. This profile is not unlike the wine industry today, (though mercifully Monsanto has not yet tried to create a synthetic wine that we know of).

In any event, what will eventually occur is not near any kind of fruition at the moment. Most of the near-term profitability is still to be found in medical marijuana. The next stage of cannabis development will be the gradual spread of cultivation to other logical places and then gradual buyouts or consolidations of first-in producers and trendsetters.

Cannabis is one of those rare industries that offers continual growth as "green shoots" continue to emerge. Look for more.