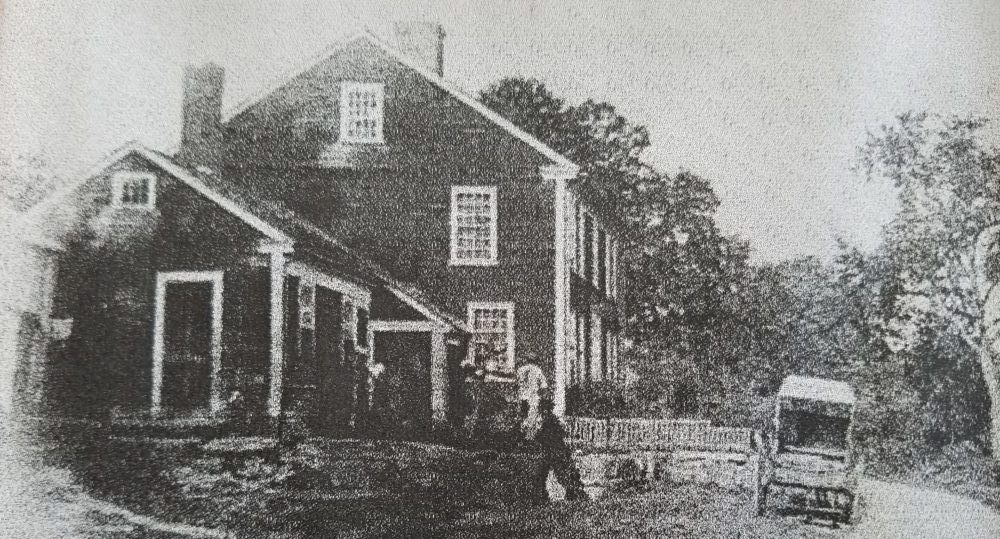 Their old colonial New England home “needed some work” when my parents bought it 40 years ago.

By today’s standards, it was practically condemned. Fleas infested the grungy old carpets and wasps were living inside the home (and I don’t mean white Anglo-Saxon protestants, they would never have lived like that).

The roof was a mess, half the walls still had lead paint, and one room was accessed by a hole in the wall, since haphazard renovations had covered up the doorway.

But there was so much potential. 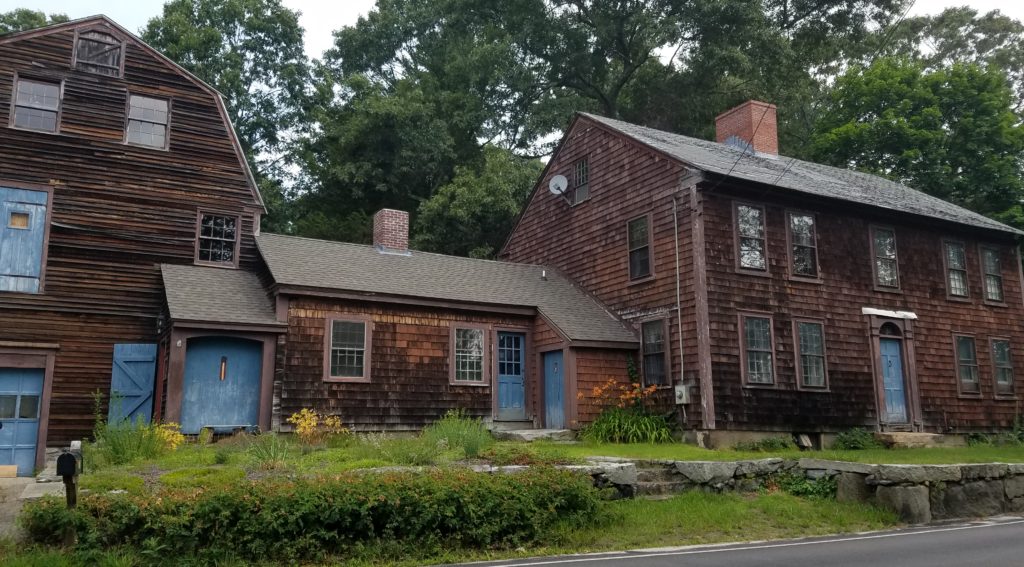 Slowly, year after year my parents chipped paint, moved staircases and walls, and redid the floors to return it to its colonial splendor.

I remember using the bare floor-beams in the kitchen as balance beams–lose balance, and plummet into the cellar.

It became a five bedroom, three bathroom, six fireplace house (and two of the bedrooms have their own fireplaces).

A couple of years ago my dad redid one of the last parts of the house, creating an amazing 18th-century tavern, and custom wood-panel ceiling. 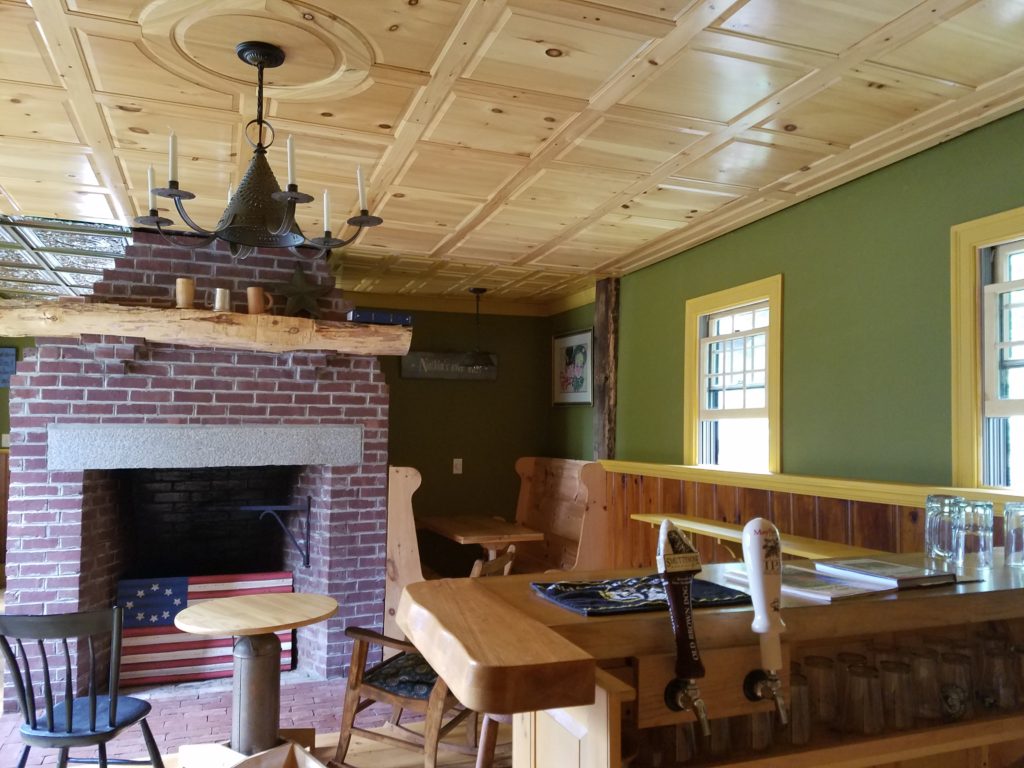 But one project leads to another, and it turns out the wood was all rotted on the outside of this section of the house.

This was one of the first repairs he did on the home 40 years ago, and there he was at 63 years old, in the biting November wind, doing it again. 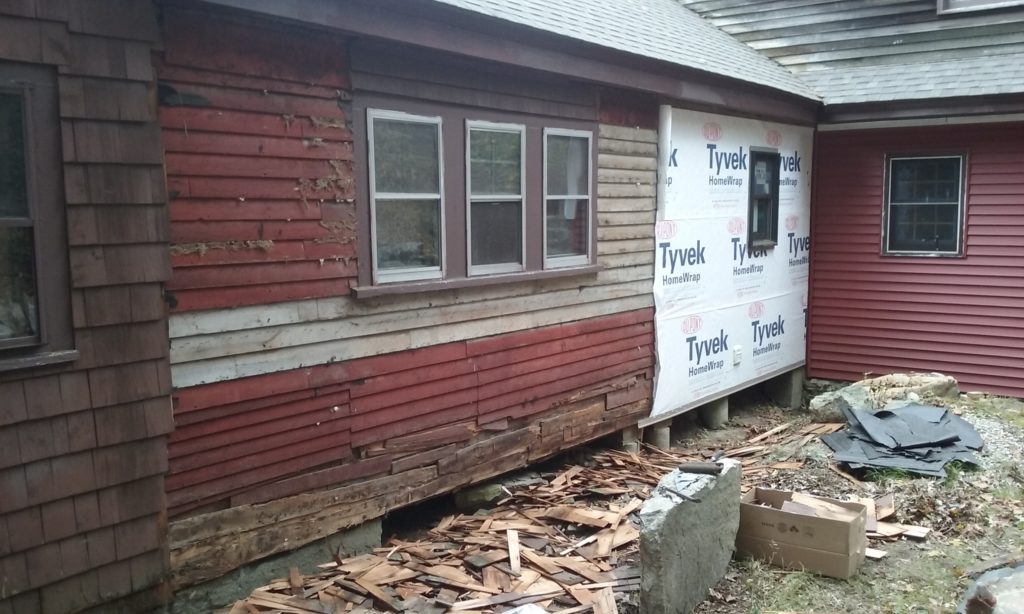 The roof also needs replacing. The squirrels are back in the attic, after being once evicted. And there are still a couple of nooks that never actually did get renovated.

As much as he and my mom love the old house, he doesn’t want to do the same repairs he already made, even if he had another 40 years to do it.

Plus, the town has made it basically impossible to retire there, with massive property tax hikes. And the Massachusetts state government isn’t making it any easier.

Two years ago my dad found a little bit of land in Florida where I helped him build an entire cabin from scratch. We went from bare ground to a full structure in ten days.

Working for two weeks here, and two weeks there over the last couple of years, the cabin is almost done. Brand new pine floors, brand new roof, paint, windows, and siding that will be maintenance free (in his lifetime at least). 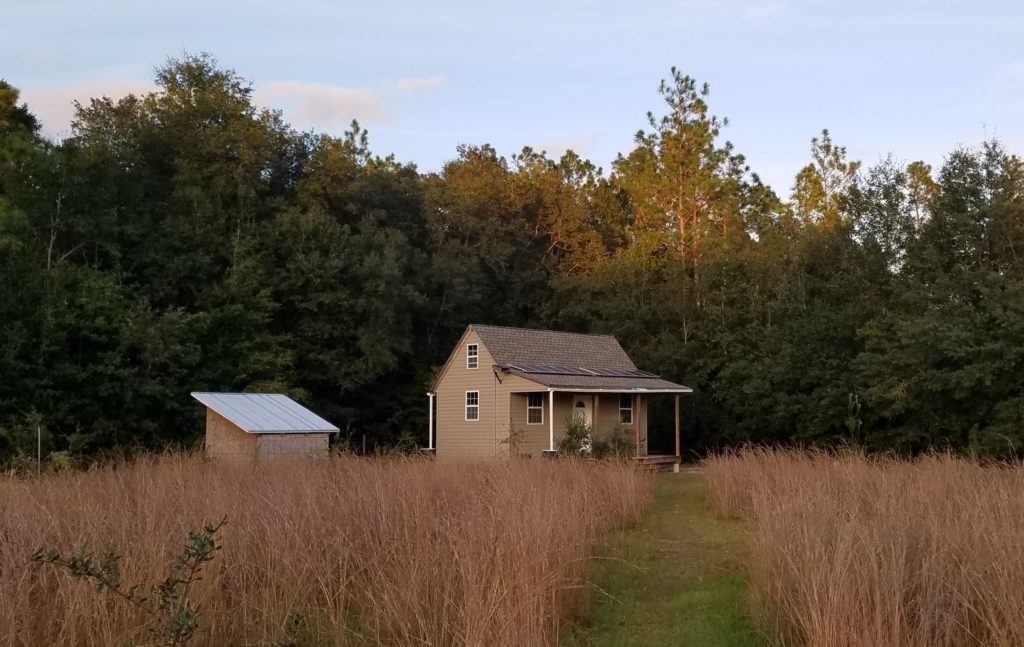 It’s tiny, 12×24, which my mom loves. You can sweep it in five minutes, and even muster the energy to clean all eight windows semi-regularly.

Plus it’s totally off-grid: solar panels, rainwater, composting toilet. The only real recurring costs are property taxes, (which are much lower than Massachusetts).

My parents bought a little off-grid cabin with some acreage in New Hampshire. It took about a week to build a bathroom (complete with filtered rainwater shower and propane hot water heater), to make it livable for my mom.

A back deck went up, a solar panel came in, and voila, you got yourself another small home. 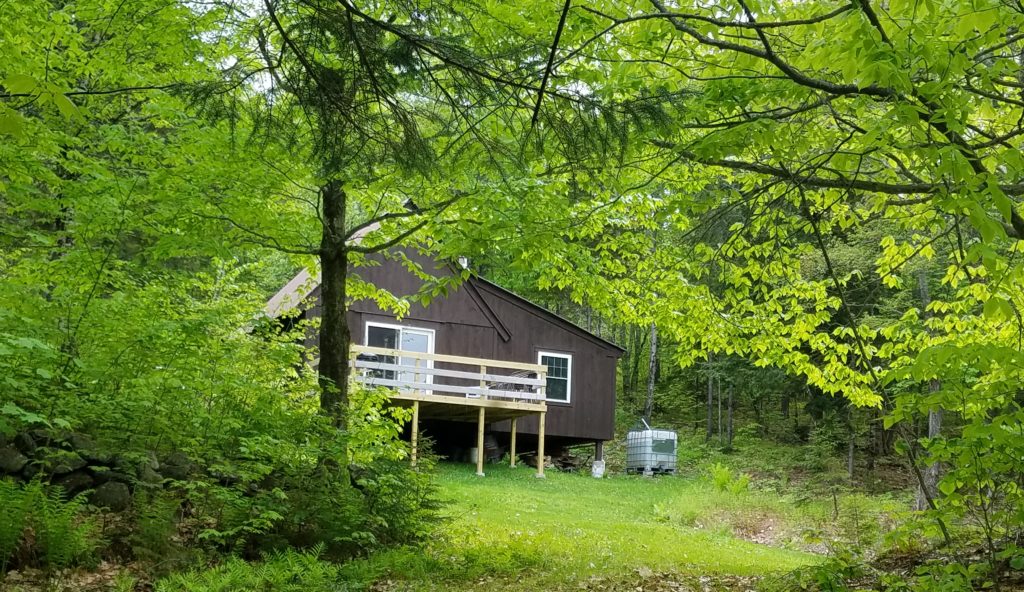 And for the first time ever, my parents started considering the possibility that they won’t always live in their Massachusetts home of 40 years.

That’s a tough point for anyone after living somewhere so long, never mind the thousands of hours of blood, sweat, and tears that went into the renovation.

But the house is still just a possession, a thing, meant to serve your interests, not anchor you down.

You can take the memories with you, but you don’t want to sacrifice to hold onto something that simply cannot be maintained.

If they decide to sell the house, that’s tons of extra money for retirement and a huge drop in living expenses. Now they have two other options (and both states have no income tax).

Both houses can easily be maintained and cleaned, and neither is sitting on top of a busy road. You couldn’t get stuck in traffic if you tried–unless you count stray goats and stubborn chicken flocks.

Of course, my dad is not slowing down.

Now he is invigorated to pour his time and energy into the new exciting projects at his new properties. That gives him more enjoyment than redoing the same boring maintenance on his huge old house.

Massachusetts is the birthplace of the American Revolution. Its where England got the middle finger at the Boston Tea Party.

Its where colonists said, “You’re not taking our guns,” and started shooting rather than let a tyrannical government rule them.

And now there is a “No Guns,” sign at the Battle Road Visitor Center where that first battle took place.

Sometimes it’s better to start somewhere new, where you actually have a shot at building and maintaining the life you want. We aren’t going to fix the government of Massachusetts anymore than we can stop a house from aging.

There is no shame in abandoning Massachusetts, and bringing those ideals of freedom with you, wherever you go.

I’ve already moved to Florida, where I enjoy much more personal freedom and pay lower taxes compared to Massachusetts. My next stop is probably Puerto Rico, which offers probably the lowest taxes in the world for Americans who use Act 20.

And my final destination may be outside of the USA, in one of the up and coming countries that started from scratch after being mired in socialism or infected by the US drug war.

Better yet, I hope to someday live in a country that doesn’t even exist yet.

It’s not about the physical landmass or the proximity to historical events. But you can always bring new life to the American dream, and American values, even if you have to leave the USA to do it.

My love for freedom will never die. But it may very well spread all across the globe.