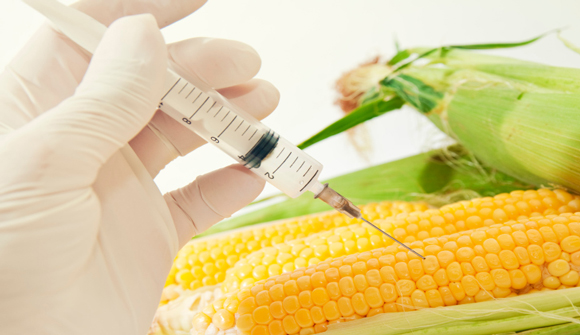 The political push for labeling genetically engineered foods is spreading across the country. Groups in more than 20 states are pushing local initiatives. Now Congress could step in, and scuttle all of them. A bipartisan bill to be introduced today by Rep. Mike Pompeo (R-Kan.) and Rep G.K. Butterfield (D-N.C.) would bar states from requiring the labeling of foods derived from genetically modified organisms. – Washington Post, March 25, 2015

Any time you read the phrase "a bipartisan bill…," hide your guns and children. Partisan gridlock is the only thing that saves us from Washington's antics. We are in maximum danger when they start singing about "bipartisanship."

To hear some members talk, all those DC office buildings are full of blithering idiots who screw up everything they touch.

For this reason, the GOP frequently champions "states' rights." They want the national government to keep its nose out of local affairs. Indeed, as the "laboratories of democracy," states are the proving ground from which good ideas come. Washington should watch and learn.

This is the correct attitude. The Constitution grants certain powers to the federal government and reserves all others to the states.

Sadly, the Framers left a few loopholes, like interstate commerce, through which politicians have driven a million trucks. One way or another, Washington now has at least one finger in every possible pie.

If you doubt this, ask a politician of either party one question. "Can you give me an example of public policy in which the federal government has no legitimate role?" You will hear crickets or, more likely, doubletalk.

Republicans are particularly hypocritical on this. They defend states' rights until a state does something they dislike. Hence, they file lawsuits claiming ObamaCare infringes on state authority but demand federal agents arrest people for possessing drugs a state deems lawful.

Now we have another example. States, acting as laboratories of democracy, are engaged in a grand experiment in food labeling. Citizens wish to know whether their food contains genetically modified ingredients. Debates at the state level have produced different policies. Maine, Vermont and Connecticut have all passed GMO labeling requirements, though none has taken effect yet.

A constitutional response would be to let these and other states implement their choices and then observe the consequences.

We will all see if labeling requirements make food prices go up too much, or if lack of labeling deprives consumers of useful information. The states on both sides can then reconsider their choice.

Rather than trust the states, Reps. Pompeo and Butterfield want Washington bureaucrats to impose a single national requirement.

Why would they do this, when they also believe the same bureaucracy incapable of handling even the simplest tasks? You can guess the answer.

Money talks. Big Agriculture has plenty of it, and is more than willing to share it with politicians who do its bidding.

So, the next time your congressperson appeals to states' rights, ask them where states' rights end and Washington's rule begins. You will find the line never stops moving.