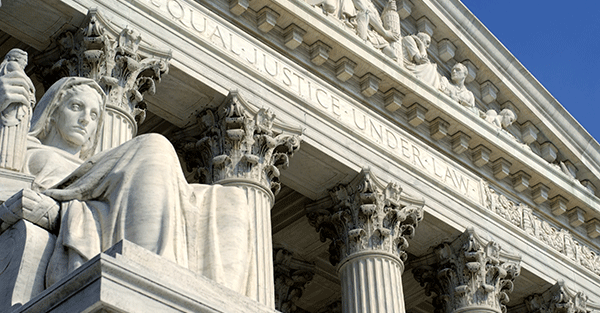 The Government Just Got More Powerful. (And That’s a Good Thing.) … Here’s the most important legal principle that you’ve probably never heard of: If a regulation issued by a government agency turns out to be ambiguous, the agency, not the court, gets to resolve the ambiguity. It’s called the Auer principle, after the 1997 Supreme Court decision that established it. … Few people have noticed, but on Monday the court made it clear that Auer is going to be with us for a long time. – Bloomberg

Cass R. Sunstein wrote this Bloomberg opinion article, and he is very happy about the recent Supreme Court ruling regarding Auer.

Sunstein is the academic who not so long ago proposed that government enter chat rooms and other ‘Net facilities by subterfuge in order to propose counter-arguments to “conspiracy” theorists.

He’s a philosophical authoritarian who unfortunately has a great deal of mainstream clout. His views on regulation and government power are influential in the US and around the world.

He was Obama’s head of the Office of Information and Regulatory Affairs until 2012. Here he reviewed, revised and updated all regulations and rules from the nation’s administrative agencies.

The regulations that went out under Sunstein were fewer than previous administrations but had larger monetary impacts. Some say the Obama administration asked him to resign fearing that his controversial views would have a negative impact on the reelection campaign.

Sunstein went back to Harvard where he still teaches law while writing books and papers. Supposedly, he is the single-most quoted professor in US legal literature.

He also has a reputation as a leftist. Comments regarding his books often emphasize the “paternalism” of his authoritarian approach.

For instance, he is the author of a famous book called “Nudge” that proposes government ought to move in small steps when influencing human behavior.

The idea is to provide “nudges” that promote positive behavior.

Sunstein’s theories draw on some fairly simple cognitive ideas. He believes that humans have two “cognitive systems.” System 1 is emotional and System 2 is deliberative.

At root, Sunstein’s work is focused on ways to help people moderate their impulses and act deliberately.

Since people often give in to irrational, short-term urges, Sunstein is a big proponent of rules organizing people’s future benefits.

Retirement plans, social security and other government methodologies are preferable to letting people drift on their own.

Sunstein’s preference for government solutions has caused him controversy throughout his career, especially during the Bush years when he backed Bush’s authority to make war and to implement domestic spying via executive orders.

While Sunstein is portrayed as a leftist, his pro-Bush arguments show clearly that he is a fan of government power, whoever wields it.

In this Bloomberg article, he points out that Auer principle has been under “sustained assault from the conservative justices,” because it violates separation of powers.

Now that the Supreme Court has just decided not reexamine Auer – by refusing to hear a case that  would scuttle Auer – Sunstein believes it has become settled law.

He writes: “For the next president — whether Hillary Clinton or Donald Trump — there’s a big reason to celebrate. The rest of us should be celebrating along with them.”

The Auer principle says that in these cases, and countless more, courts must respect the agency’s interpretation of its regulations, unless that interpretation is arbitrary or unreasonable. In areas that range from heath care to immigration to the environment, that gives the executive branch a lot of authority.

… But when regulations are ambiguous, do we really want unelected judges to sort out them out? As Scalia recognized in 1997, it’s a lot better to allow ambiguities to be settled by officials who have a degree of accountability (and who are likely to be specialists in the problem at hand).

Within this context, there are only two choices: Regulators either interpret their rules or they don’t.

But these parameters are the result of a severely limited perspective. There are many other ways to organize government and regulation.

If Sunstein understood anything about economics,  he would realize that free-markets and competition are far better ways of adjusting social progress than regulatory dictates.

One of the criticisms of his books is that he spends an inordinate amount of time discussing how people ought to be “nudged,” but almost no time at all discussing who is to do the nudging.

Anyone who understands even the smallest amount about modern regulation knows that regulators are anything but dispassionate.

At best, they are enamored of the use of force to impel people to obey. At worst, they are virtual criminals, confiscating property, restricting freedom and generally making people’s lives miserable, even to the point of throwing them in jail.

The more that government force from the top-down is used to impel people, the more misery is spread.

Conclusion: Sunstein has a cohesive intellectual approach. But like too many influential lawyers, his sociopolitical views are rooted in arrogance and ignorance. People like him – and Court decisions like the one putting Auer more firmly in place – are reasons why America is increasingly a failed state.