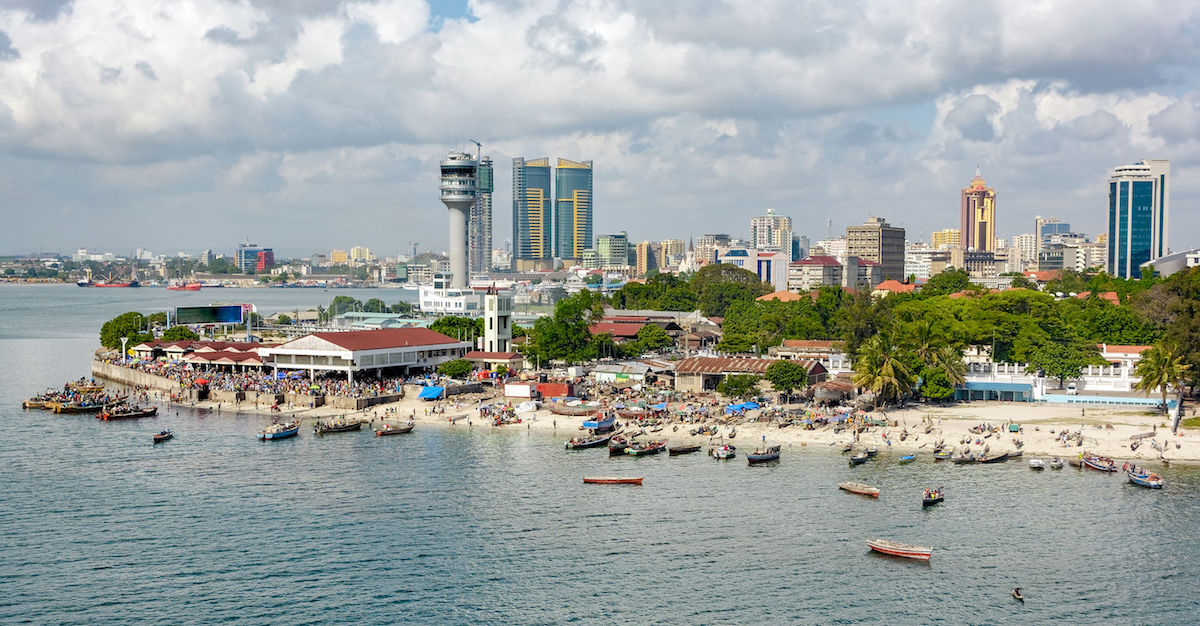 For some people it starts with loss of appetite. Others get a headache and nausea.

Pole, pole is the motto, climbing Mount Kilimanjaro– slowly, slowly. At an altitude of 5,895 meters (19,340 feet), you can definitely feel the lack of oxygen on Africa’s highest mountain.

And while the tourists huff and puff with their light daypacks using climbing poles for support, the porters practically sprint past. They’re carrying all your stuff, plus the sleeping tents, mess tent, cooking gas canisters, all the food, water, and so on.

Some of the friendliest, hardest working people I’ve ever had the pleasure to meet were the porters and guides on Kilimanjaro.

Most speak perfect English, which isn’t too surprising in the tourist industry. But slightly more surprising was the entrepreneurial spirit.

Both of my guides, and our waiter told me about the businesses they want to start.

(Yes, you get a waiter on Kilimanjaro. It’s quite posh honestly, especially for someone used to carting in his own equipment up mountains.)

Ghalib, the main guide, said he would stick to the tourist industry, but add in some eco-tourism. With Tanzania’s amazing soil, he wants to start a farm/hotel, and provide excursions to Kili and the Sarengetti.

Another guide, Abdullah, thinks Tanzania’s two growing seasons make fruit exports a solid opportunity. He’s saving up the couple thousand dollars needed for insurance in case the crop is lost, and will start looking at farmland for rent next year.

Another guide, January, hopes to own his own tourism business. He’s been a porter/ waiter on Kilimanjaro for three years. Now that the season is ending, he is starting school to become a guide.

In the West people expect to make big money straight out of university with an underwater-basket-weaving degree. But in Tanzania these guys seek out specific training to achieve specific goals, not just some wishy-washy education for the sake of having a piece of paper..

And when they aren’t on the mountain, they are hustling.

Ghalib serves as an informal middle-man for everything from clothing to televisions to Timberland boots.

When Abdullah told me that his grandmother used to bake him cookies, that sounded pretty standard. But they weren’t for him. He went out and sold them when he wasn’t in school or doing the family laundry.

And of course, the kids are out there on the side of the road selling fruits and crafts to tourists on the way to a safari.

Most Tanzanian businesses also make it really easy for you to spend money. They don’t put obstacles up… and whatever color your money happens to be, they’ll take it.

They’ll accept Tanzanian shillings, euros, US dollars, etc. I imagine some places accept Chinese renminbi too, given China’s dominant presence in the country.

The people and their impressive entrepreneurial spirit that I encountered on this trip convinced me of the economic potential in Tanzania.

With two young daughters, Tim has been looking for opportunities to build generational wealth.

He says Tanzanian still has simple businesses with durable competitive advantages, and decades of strong growth ahead of them.

He says Tanzania today is like Warren Buffett’s ‘Golden Era’, when Buffett was able to buy simple, high quality businesses in the United States back in the 1960s and 1970s for peanuts.

For instance, Tim is invested in the dominant concrete company in Dar Es Salaam which has several advantages.

First, Dar Es Salaam’s population is growing like crazy, and the city is projected to be one of the twelve most populous in the world in a few decades. That means a lot of demand for building materials.

And this particular cement company is 70% owned and managed by a successful German cement giant… so they have access to cheap financing and technical support– two major advantages.

The company also has a Price-Earnings ratio of SIX, meaning it costs about $6 per share for every $1 in annual company profits.

By comparison, the typical company in the US sells for 20-30 times earnings.

And to top it all off, this Tanzanian cement company pays a 15% dividend to its shareholders.

Tanzania is clearly a place on the rise, loaded with compelling opportunities to build wealth. This is definitely a country worth keeping on your radar.