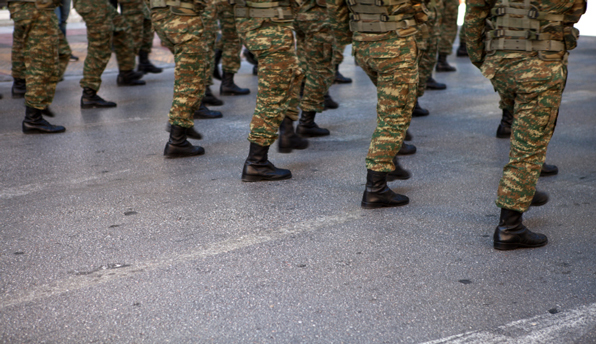 The al Qaeda-linked army now conquering territory in Syria and Iraq ultimately wants its new Islamic state to be a launching pad for attacking the U.S. homeland, says a new congressional report. Four experts at the Congressional Research Service (CRS) make that assessment, citing intelligence assessments and the words of Abu Bakr al Baghdadi, the leader of the Islamic State in Iraq and the Levant (ISIL). – Washington Times

Dominant Social Theme: How is this possible? Islam resurgent? Are the Crusades next?

Free-Market Analysis: The above excerpted report refers to four experts, but we don't need experts to tell us what is going on.

There are no experts anyway, just people with more or less "education" and certain agendas. Anyone who has been viewing Daily Bell staff reports and editorials over the past four years knows that the West, particularly the US State Dept. and CIA, are at least partially behind the various color revolutions of the Middle East. Various mainstream reports have stated as much.

For years now with the West's active connivance, these multi-hued uprisings have removed secular governments and installed proto-Islamic ones. This has happened in the Ivory Coast, in Tunisia, in Egypt, in Libya – and also, potentially in Syria. We have pointed out these Islamic evolutions and explained that Western powers were creating a kind of Islamic crescent, presumably to raise tensions between East and West.

This is an old power elite trick, one intended to increase sociopolitical control. "War is the health of the state," after all. The more political and military tensions exist, the more governments have justifications for increased authoritarian measures.

The CRS report, delivered to members of Congress, stresses that ISIL is a well-organized, well-funded terrorist group with definite goals to take territory and kill people it considers non-believers. "Several leading representatives of the U.S. intelligence community have stated that [ISIL] maintains training camps in Iraq and Syria, has the intent to attack the United States, and is reportedly recruiting and training individuals to do so," says the June 20 report.

What makes ISIL even more dangerous is its ability to raise and steal money. Wealthy Sunni sheiks in Saudi Arabia, Kuwait and Qatar have funneled money to ISIL to help it bring down the regime of Syrian President Bashar Assad, an Alawite Muslim. Mr. Assad aligns himself with Iran, and its proxy in Lebanon, Hezbollah. They are Shiites deemed a threat to Sunni-dominated Gulf oil states.

The creation of a radicalized Islamic crescent is almost complete.

We are told, of course, that the ISIL is a variant of Al Qaeda and thus implacably opposed to Western interests. Yet the CIA virtually created Al Qaeda in the 1980s and more recently, Al Qaeda has been fighting on the side of Western interests in both Libya and Syria.

Astonishingly, a recent article posted at the mainstream Daily Beast explained the nuances of the current alignment and the funding that has occurred:

America's Allies Are Funding ISIS … The Islamic State of Iraq and Syria (ISIS), now threatening Baghdad, was funded for years by wealthy donors in Kuwait, Qatar, and Saudi Arabia, three U.S. allies that have dual agendas in the war on terror.

… As ISIS takes over town after town in Iraq, they are acquiring money and supplies including American made vehicles, arms, and ammunition. The group reportedly scored $430 million this week when they looted the main bank in Mosul. They reportedly now have a stream of steady income sources, including from selling oil in the Northern Syrian regions they control, sometimes directly to the Assad regime.

But in the years they were getting started, a key component of ISIS's support came from wealthy individuals in the Arab Gulf States of Kuwait, Qatar and Saudi Arabia. Sometimes the support came with the tacit nod of approval from those regimes; often, it took advantage of poor money laundering protections in those states, according to officials, experts, and leaders of the Syrian opposition, which is fighting ISIS as well as the regime.

… Under significant U.S. pressure, the Arab Gulf governments have belatedly been cracking down on funding to Sunni extremist groups, but Gulf regimes are also under domestic pressure to fight in what many Sunnis see as an unavoidable Shiite-Sunni regional war that is only getting worse by the day.

Intriguing … but the last paragraph provides us with a most questionable statement. The idea that the US cannot control money flows in Kuwait, Qatar or Saudi Arabia is almost laughable.

It was the US that rescued Kuwait from the clutches of Saddam Hussein's Iraq. As for Qatar, the US military keeps its largest military base in that tiny country and its leading family is apparently almost totally beholden to the US interests. Saudi Arabia is a virtual fiefdom of the US as well; its leaders insist on trading oil for dollars, thus creating the petrodollar, which is the main source of US wealth.

Saudi Arabia's leadership is also intimately tied to the radical Sunni Wahhabist movement. This too makes sense if one grants that Anglosphere leadership is determined to spread a polarized form of radical Sunni Islam throughout the Middle East and are thus tacitly encouraging Wahhabism.

Yes, the circle (crescent) is nearly complete. There are some outlying states like Jordan that remain secular but once (if) the fall of Syria is accomplished, Western intel will have succeeded in emplacing Sunni Islamic governments throughout the Middle East.

Such a development will be portrayed to the West as an implacable advance of radical Islam. And it will certainly serve a purpose, in that the bogeyman of radical Islam can justify further incursions into what is left of Western civil rights. The more authoritarian the outcomes, the more Western internationalism expands its control.

And so it is that the West's "directed history" expands ..