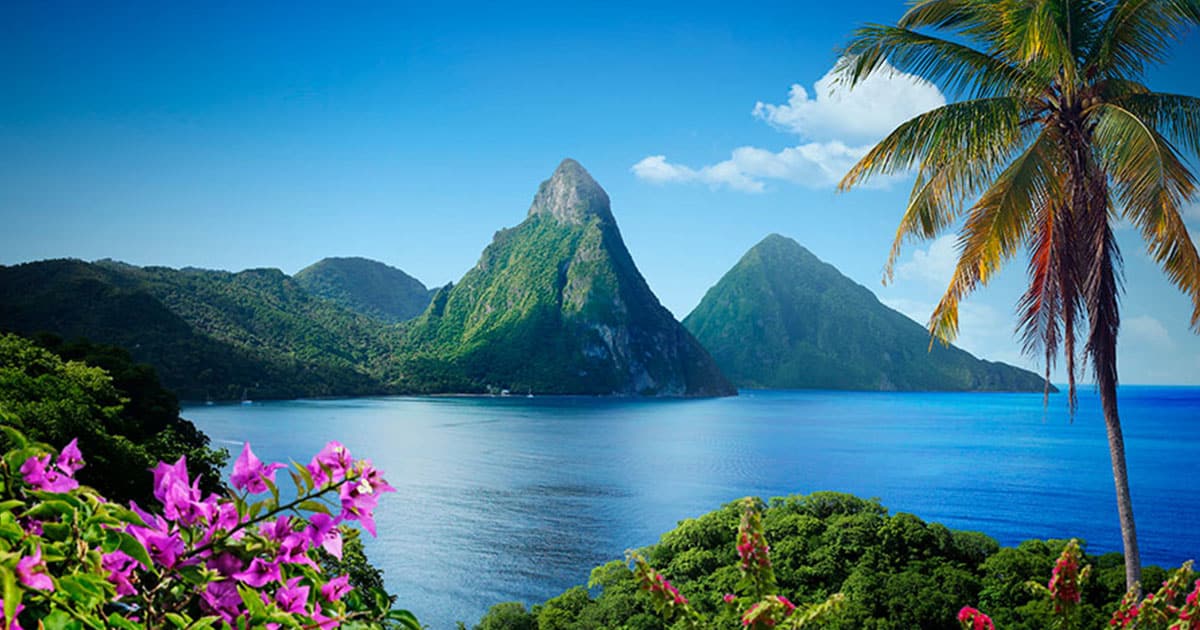 We just capped off a spectacular weekend in St. Lucia with members of our Total Access group to explore this country’s Citizenship-by-Investment program.

I’ve written about Citizenship-by-Investment programs before; these are completely legal programs that exist in several countries where foreigners can invest a particular sum of money in a country and become a citizen.

These programs are often called “Economic Citizenship” programs as well. And they’re typically the fastest way to get a second passport.

The investment amounts for Economic Citizenship (or Citizenship-by-Investment) programs vary from country to country.

Long ago there were very only a handful of countries offering this, including (surprisingly) Austria, which would demand a foreigner to invest a hefty seven-figure sum in order to obtain citizenship there.

Then countries in the Caribbean started offering the program. It was cheaper, but it would still be several hundred thousand dollars.

Then more and more countries jumped on the bandwagon. And just like any other product or service, as more countries began offering economic citizenship, the price fell.

Here in St. Lucia the investment can be as little as $100,000. (And I’ve negotiated an arrangement for our Total Access members to receive a healthy discount.)

$100,000 is pretty close to the cheapest in the world, especially for a single applicant.

But not all economic citizenship programs are created equal.

Reputation matters; there are some countries that offer economic citizenship which do a pretty terrible job of weeding out bad applicants.

And frankly whenever a country offers citizenship to people like that, it devalues the program for everyone else.

One of the most important characteristics about an Economic Citizenship program is the quality of the passport: how many countries can you travel to, visa free, with that passport?

Most of the Caribbean economic citizenship programs are good quality passports. With a St. Lucian passport, for example, you could travel to 144 countries, including all of Europe, visa-free (or visa-on-arrival).

Our Sovereign Man Passport Ranking analyzes this further, and shows that a passport from Antigua (which has its own economic citizenship program) is slightly better, with visa-free travel to more countries like Russia, Brazil, and South Africa.

The Prime Minister of St. Lucia joined our event over the weekend and addressed our Total Access members about his country’s Economic Citizenship program.

For him, it’s a no-brainer. So far the program has brought in around $30 million for St. Lucia, which is a decent sum of money in such a tiny country with only 180,000 people.

He pointed to nearby Dominica, which has generated hundreds of millions of dollars from its program in recent years.

He knows that money can do a LOT of good in developing new infrastructure, healthcare, pensions, and tax cuts in St. Lucia, and he’s intent on making St. Lucia’s economic citizenship program the most successful and most attractive in the Caribbean.

Specifically, he is pushing to increase the visa-free travel options of a St. Lucian passport, as well as protect the reputation of the program by enforcing strict due diligence procedures and ensuring total transparency in the program.

If they’re able to execute on this vision, St. Lucia could quickly become the best economic citizenship program in the world.

When he and I were speaking privately later, he gave me his unique perspective of these economic citizenship programs.

It’s commonplace for countries all over the world to raise money by selling bonds and going into debt. Japan does it. The United States does it. Canada does it.

These bonds are often referred to as ‘Sovereign Bonds’ because they are issued by the governments of sovereign nations around the world.

Rather than issuing Sovereign Debt, however, the Prime Minister views economic citizenship as way to raise capital through “Sovereign Equity”.

It’s similar to how a private company raises money by selling shares (i.e. ‘equity’) to people that invest in the business.

Investors who contribute capital and buy equity in a company become shareholders.

Economic citizenship is similar; individuals who invest in the country and buy ‘Sovereign Equity’ receive a passport, essentially becoming a stakeholder in the country.

I think that’s an astute way of looking at these programs.

And remember, if you’re not willing or able to write a $100,000 check, there are three other ways you can obtain a second passport:

Having a second passport is the ultimate insurance policy.

It ensures that no matter what happens in your home country, you always have a place to go.

And it opens up numerous opportunities for you to thrive, invest, build a business, live and even retire overseas.

It could even become a generational asset that can be passed on to your grandchildren’s grandchildren long after you’re gone.

There are few things we can do in life which have that much lasting benefit.

My team recently compiled a free article where you can read in more detail how exactly anyone can acquire a second passport & dual citizenship.