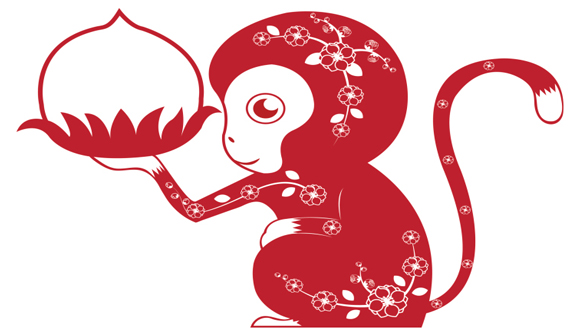 Investors should focus on China's economy, not stocks … there are some important reasons not to panic: China's stock market reveals very little about the health of the country's economy – it's dominated by small savers who put more faith in speculative investing newsletters than economic fundamentals. – CNN

Dominant Social Theme: Don't look at the problem. Think about the solution.

Free-Market Analysis: Oh, don't look, don't look at all! Just close your eyes and tap your heels together three times …

That's what some of the coverage of China's market failures reminds us of. Magical thinking.

We've been reporting on the hollowness of the Chinese Miracle for years. It became apparent to us long ago that China's stated double-digit industrial growth year after year was bogus.

We wrote about it but few others did. Even when China began to build whole empty cities, most of the mainstream media was unconcerned.

There was a plan, we learned, to ship the rural poor to these empty urban environments. This was simply Chinese communist planning at its best. And this justification was trotted out even as the empty cities began to sprout mold.

We had a different idea. China's growth, in our view, was a monetary phenomenon. Sure, China needed a lot of infrastructure and housing for its uneasily maintained population, but the driver of all this was the usual monetary madness.

Consider, China had maintained its population in various states of poverty for millennia. Now all of a sudden, in a single convulsive spurt, the ChiComs running China were supposed to be able to eradicate poverty in a single generation because …

… Because of what? Better planning?

The double-failure of Chinese stocks in the first few days of 2016 was eminently predictable if one acknowledges that China's equity markets are awash in debased currency.

It is the central bank monetary policy that has driven Chinese equity speculation just like everything else.

Of course, the current disastrous performance of the Chinese markets needs to be explained away. There is a recovery to protect after all.

The current China "syndrome" is to be explained away because acknowledging the underlying problems is not, well … convenient.

How quickly memes sprout. CNN has already launched damage control – as seen in the excerpt at the beginning of this analysis.

"In many countries the stock market can be seen as a leading indicator of the economy. But that is not true in China," wrote Jeffrey Kleintop, chief global investment strategist at Charles Schwab. "You really can't get any less related than the Chinese stock market and its economy."

Other analysts say Monday's sharp fall was more about Beijing's muddled management than a deceleration in activity, even if a weak manufacturing survey may have triggered the selling.

The Economist magazine, meanwhile, rushed out an article after the crash today that blames China's circuit breakers for the market's panicked performance.

In article entitled, "China's Broken Stockmarket," The Economist explained that the circuit breakers meant to "save" the market helped "crash" it.

Big swings in the Chinese stockmarket are par for the course. But even by its wild standards, the alacrity of its latest crash was stunning. Just 13 minutes into trading on Thursday, the CSI 300 index of blue-chip stocks fell 5%, triggering the first circuit-breaker: a 15-minute pause for traders to supposedly regain their cool.

When the action resumed, it lasted all of one minute before the second and final circuit-breaker was hit: the CSI 300 fell 7%, which necessitated a closure of the market for the rest of day.

Trading, in other words, lasted all of 14 minutes before being halted … For the culprit, look no further than the circuit-breakers that regulators introduced at the start of this week …

The article goes on in this manner, eventually revealing that the Chinese circuit breakers are too narrowly set.

China has violated one of the basic principles of those countries that also apply them: the gaps between breaker levels should be sufficiently wide to avoid [a rush to the exits].

You see? It is always something with China – but never the reality, which is that China's profligate central bank has ensured China's doom via its endless, ongoing debasement.

Growth in China has been falling for at least ten straight months – so we are told – and that is the larger reason for China's increased stock market volatility.

But then again, when it comes to China even more than the rest of the world, one has to ask, "What is growth?"

In other words, investors and economists are worried about China's industrial slowdown – but how many more empty cities does China need to build?

China is like a clown show where everything is done to excess. The tiny car pulls up in the middle of the circus ring and 12 jokers claw their way out.

The West may end up with unoccupied, subprime housing units. China ends up with empty cities.

But this is not supposed to be discussed, you see. It is the miracle of "capitalism" that has lifted the Chinese people from the mire of endless, agrarian poverty.

Besides, if one admitted the truth about the current Chinese economy, it would certainly have even more of a knock-off effect on the rest of the world.

So please take care. From an investment standpoint, people ought to see past the mainstream rhetoric to the reality of what's going on.

The Keynesian stimulation around the world that began in earnest in 2008 continues today. Markets as a result are going to continue to see volatility – possibly well in excess of the recent past.

In such markets, investors have to choose their investments carefully and that probably begins with the sector itself.

The sectors with the most promising fundamentals are the ones to choose in this sort of environment. We're already on record as suggesting cannabis is one such sector. No doubt there are others.

But in searching out opportunities, investors should internalize the lessons that Chinese volatility is trying to teach us: The problem is far larger than circuit breakers.