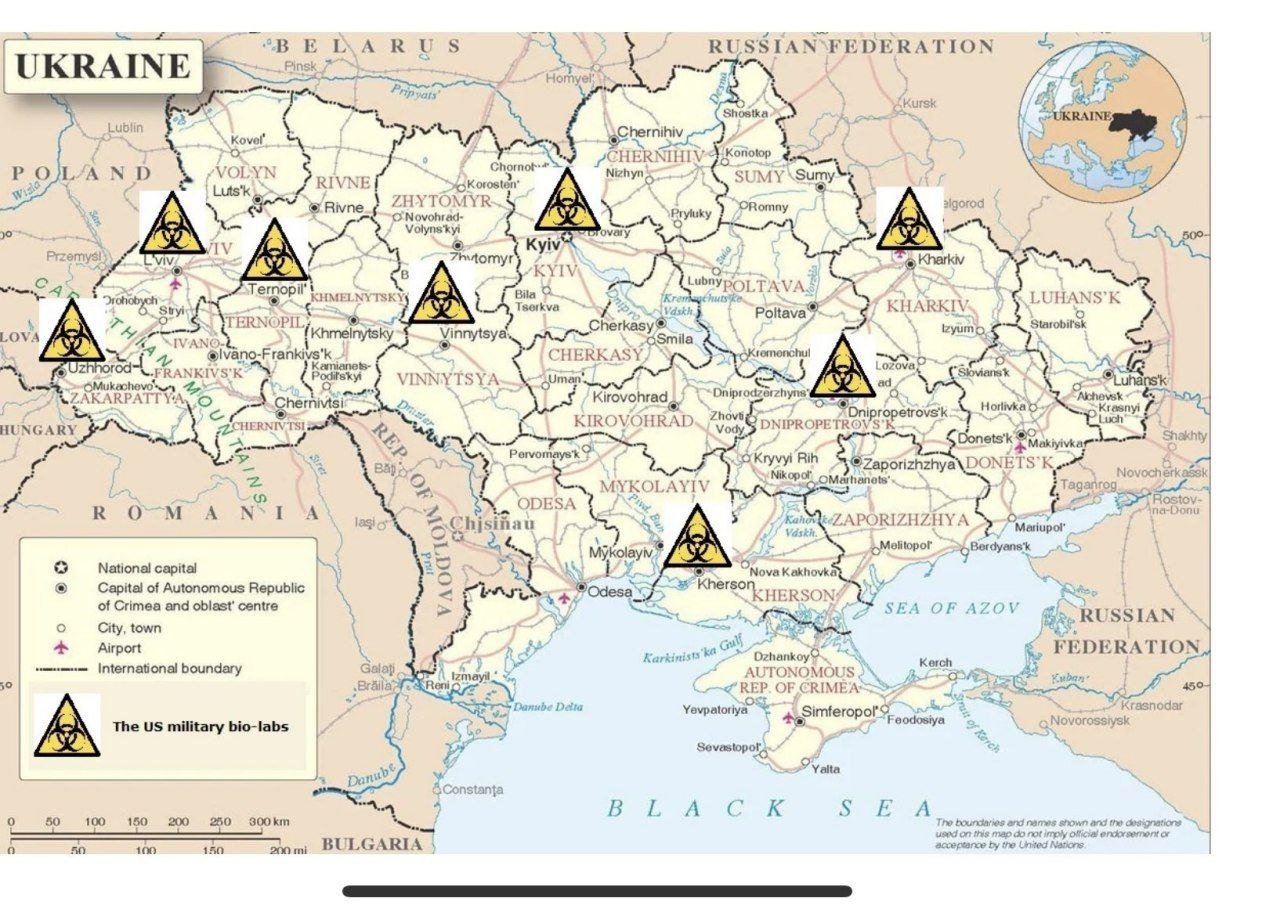 STAFF NEWS & ANALYSIS
The Next Big Bioweapon May Emerge From US-Controlled Labs in Ukraine
By Ben Bartee - March 17, 2022

What has that busiest of beavers, Warlord Anthony Fauci, and the biomedical wing of the US government under his command, been up to in Ukraine?

It is now an established indisputable fact that Fauci indirectly funded, using public money, the Wuhan Institute of Virology, funneled through US “nonprofit” Eco-Health Alliance.

With this funding, CCP Fauci-funded researchers conducted illicit gain-of-function research on bat coronaviruses in the years preceding the pandemic.

The US government outlawed that research at Chapel Hill, NC in 2014, so Fauci simply offshored the operation.

What these revelations demonstrate is that such institutions and their leaders are willing to take… “creative” (read: illegal and unethical) measures to skirt accountability for their dangerous activities and to obscure the origins of any resulting engineered pathogens.

Despite the righteous focus on the Fauci-CCP link, that was by no means the only international partnership between nefarious corporations and governments.

In the past three weeks or so, whistleblowers and intelligence sources broke news to independent media outlets (and surely to corporate media as well, which were promptly ignored) about secret bioweapons research facilities in Ukraine. This was an obvious source of concern given the impending Russian invasion.

The first tried-and-true tactic the corporate media used was simply to ignore the claims. This is their primary and preferred reaction to unfavorable facts because it precludes even the need to form a counter-argument or plausible explanation.

When the corporate media operates in lockstep, they have tremendous power to simply shut out undesirable questions before they ever require an answer.

Phase I “ignore” protocol was running smoothly, more or less, until U.S. Undersecretary of State for Political Affairs Victoria Nuland (in an apparent misstep) slipped up. She said the quiet thing out loud in Mar. 8th Congressional testimony:

It is classic Russian technique to blame on the others what they are planning to do themselves. pic.twitter.com/QjFnk4yRh7

“Ukraine has biological research facilities, which, in fact, we are now quite concerned Russian forces may be seeking to gain control of. So we are working with the Ukrainians on how they can prevent any of those research materials from falling into the hands of Russian forces, should they approach.”

Once it’s in the Congressional record (coming from one of the highest-ranking administration officials, no less), we’ve moved irrevocably beyond the “ignore” and into the “muddy the waters” phase. They must, at this point, present a counter-narrative, or admit the existence of US-controlled and funded bioweapons labs in Ukraine. The latter option would be problematic for numerous obvious reasons.

Accordingly, the corporate media then transitioned to tarring US bioweapons labs in Ukraine as “conspiracy theories”:

“The thread of truth that started this web of conspiracies was a real 2005 partnership between the U.S. Defence Department and the Ukraine Ministry of Health. The two decided to work together to try to stop the spread of infectious diseases — not to create them.”

To translate the corporate media gibberish: “the things we repeatedly claimed didn’t exist actually do exist but you should totally take our word for it now that these are love-viruses the US is engineering. They’re liberal, loving viruses.”

So what about this now-acknowledged 17-year “partnership between the U.S. Defense Department and the Ukraine Ministry of Health”?

Via the US Embassy in Kyiv:

“The U.S. Department of Defense’s Biological Threat Reduction Program works with the Ukrainian Government to consolidate and secure pathogens and toxins of security concern in Ukrainian government facilities, while allowing for peaceful research* and vaccine development… Our joint efforts** help to ensure that dangerous pathogens do not fall into the wrong hands.  We’re proud to partner with**… the [Ukrainian]Ministry of Defense to make us all safer.”

It was all just about safety after all!

*Notice that the US embassy doesn’t elaborate upon the nature of its “peaceful research” – in all likelihood, because it’s same type of gain-of-function research that birthed COVID-19 in that Wuhan lab.

**Framing the Ukraine-US government relationship as a “partnership” or “joint effort” is absurd. It’s a client-state power dynamic.

Holding $1 billion in “aid” hostage contingent on the hiring and firing of government officials – in public no less — as Biden did when he was VP in the clip below, is not indicative of a “partnership.”

President Joe Biden blackmailed Ukrainian justice :
"you fire your prosecutor or we won't give you 1 billion dollars loan guarantee"
Has Ukraine's democracy and justice been hijacked by the US, making it a puppet that's being used against its own interest and against Russia? pic.twitter.com/o3EtaNFFxZ

Back to the “deny and obfuscate” propaganda vis a vis the labs:

The theory goes, researchers engineer brand-new viruses and then methodically manipulate them to become progressively both deadlier and more infectious.

The purpose of such research is not, they claim, to use these manufactured viruses against the public for social control and profiteering by pharmaceutical giants. Rather, the purported goal is humanitarian: to get ahead of them and preemptively develop therapeutics on the off chance that bio-terrorists, or Mother Nature, design and release the exact same virus at some unknown future date.

It’s an absurd proposition that a five-year-old could poke holes in, fraught from start to finish with hazards both moral and material – one that, at the very least, deserves public debate rather than the research conducted behind closed doors in the shadows of corrupted Third World states.

Alas, the “defensive research” line is literally the only plausible justification that even the most skilled, morally depraved lawyer could come up with for purposefully creating lethal pathogens in labs that could kill potentially billions of people.

So, out of pure necessity, that’s exactly the Hail Mary defense Fauci and Co. went with on the COVID front: 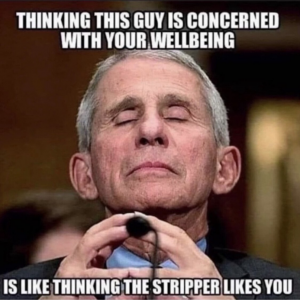 … The point being: these people use the exact same playbook to obfuscate, cover up, muddy the waters, and, when they’re caught, to present themselves as heroes rather than the villains they plainly are.

Invading Russian forces come upon a bioweapons facility, and they either figure out what they’re dealing with based on intelligence or reverse engineering, or they’re perplexed.

If they don’t discover what bio-gold they’re sitting on, maybe they leave the lab door unlocked, an open invitation to any nefarious actor, state-sponsored or not, who might find use for them.

In any version of events, they’re unlikely to correctly store and handle the materials in the chaos of war with all due safety measures.

The real question to ask is: who wins, which interests prevail, when a dangerous new pathogen, whether accidentally or intentionally unleashed, gets injected into global circulation (again)?