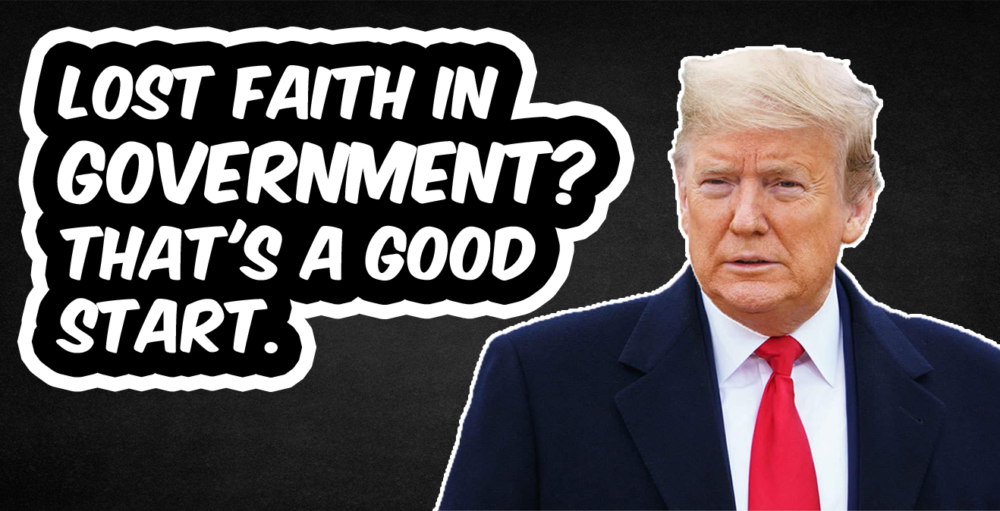 Exclusive Interviews, STAFF NEWS & ANALYSIS, Videos
The one lesson I hoped the left would learn from Trump
By Joe Jarvis - October 08, 2020

Since Donald Trump is apparently rushing a COVID vaccine to production in the hopes of reelection, can I assume that the left now opposes forced government vaccinations?

Since August, the percent of people who say they are likely to get the first generation COVID-19 vaccine as soon as it is available dropped from about 47% to 39% overall.

Republicans are still less likely to want a vaccine compared to Democrats, but everyone is now more skeptical of an untested government pushed vaccine.

Black Americans are about half as likely as White Americans to immediately want the vaccine.

And it makes a lot of sense for Black Americans to be skeptical of government mandated medical care.

Take the Tuskegee syphilis experiments, where the government lied to black men about giving them free medical care, and instead hid the fact that they had syphilis in order to watch the progression as the disease killed them over decades.

And yet older Black Americans, who can actually remember when this happened, still think they can at least trust the Democratic Party.

Data from a poll conducted by the American University Black Swing Voter Project found that younger African Americans generally have less trust in both parties.

For example, 73% of Black voters in swing states over age 60 “Trust congressional Democrats to “do what is best” for Black people.”

Also interesting is that 29% of these 18-29 year old swing state Black voters “Trust congressional Republicans to do “what is best” for Black people.” 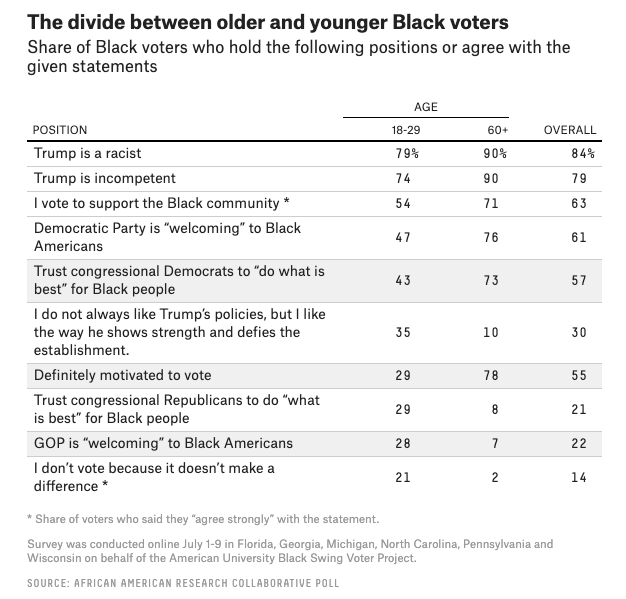 I present this data only to suggest that younger Black Americans are less trusting of either party. Based on this data, overall 81% of Black voters over 60 trust a political party to help them, while only 72% of the youngest Black voters feel the same.

As long as the factions maintain bases that believe their party is righteous and good, we will continue to grow the power of the state, to the detriment of all.

Only when people realize that the power of the government will always be abused, and used against them eventually, can we move beyond a strong centralized state.

And that is not to say smaller government’s can’t be oppressive– of course they can. The point in decentralizing power is that at least you have choice, and this choice alone creates a marketplace for better governance.

That was my major hope for Trump all along– that he would make the big government folks realize the folly in growing state and executive power, only to have it hijacked by someone they despise– someone they truly believe is a danger to society itself.

Well, welcome to the club. We wouldn’t be in this mess if people realized everyone with near unlimited power is a danger to a functioning prosperous society– Obama, Bush, Clinton, Bush, and Reagan too. And every one of them grew the power of the US government and the chief executive.

That is the genius of the two party system. I mean Trump has grown the government as much as the next guy, borrowing and spending more than any president in history, and expanding the already massive defense budget.

Both parties do everything they can to erase any semblance of state sovereignty, or states running their own affairs without federal intervention.

But since it is usually the Red states that have the most criticism for federal overreach, the fact that Trump targeted places like California and New York gave me hope that the left would wake up to the problem with a massive centralized government.

California, by itself the sixth largest economy in the world, could break free from the US federal government, and set the modern precedent that states can secede to form their own countries, better fit for the citizens of that area.

I certainly wouldn’t be moving to California the state or the country. But Florida as a country could be a hell of a good time, especially because it has no income tax.

And both of these states are pretty close to net neutral when it comes to federal funding. That means that taxpayers pay about as much to DC as they get back in federal spending. So divorce from DC would not have a huge impact.

I’m not anti-vax– frankly I haven’t done enough research. But I assume some vaccinations have been very beneficial, and other carry more risk than reward. It would be absurd to believe vaccinations are 100% safe with no side effects. And the government should not be deciding the risk versus rewards for us.

But vaccine messaging actually shows us exactly how the government partners with corporations and the intelligentsia to control the narrative.

A Yale Study is already underway to test the best vaccine propaganda. 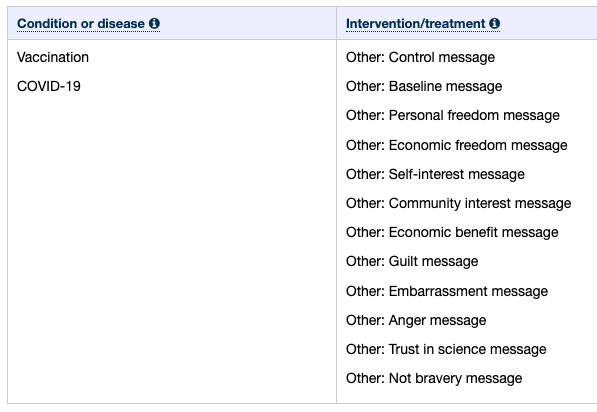 Is guilt, self-interest, or anger the most effective way to convince people to get a Covid vaccine?

A Yale study will attempt to answer that question, by studying which message resonates most with the general population. It’s called Persuasive Messages for COVID-19 Vaccine Uptake.

There is no actual vaccine yet. But the study is already testing to see which method of propaganda will most effectively convince people to get a vaccine… whenever that happens to be.

The study will also measure how confident the propaganda makes people feel about a vaccine, and if it makes participants want to persuade others to take the vaccine.

Finally, researchers want to see if the propaganda produces fear in the unvaccinated, and how much social judgment it will cast on those who choose to remain unvaccinated.

So forget if it is actually safe or not, the government wants to find out how to convince you it is safe– maybe with fear, or shaming, or trying to make you abandon all reason in favor of alleged “experts.”

And of course, the elite, the cabal, the government, the corporations– the mixture of these institutions which exerts control over society– they do this messaging with everything.

So if it isn’t obvious enough by now, let me spell out my point.

You should be a skeptic when it comes to other people trying to force you to do anything– especially when it means handing off more responsibility, and giving them more power over you life.

We know we cannot trust the current power structure. We know the pendulum of political factions will deliver nothing but more oppression, poverty, crime, and chaos.

There is really only one solution at this point, and that is taking matters into your own hands.

Because when you start ignoring the mass media and political theater, you realize the community around you, the people you interact with in real life on a daily basis are the ones that matter.

And if you aren’t in a good environment, put yourself in one. It’s 2020, you don’t have to be born and die in the same village.

And that is the power that people have today. The power to vote with our feet, to organize into groups of like-minded people, and more power than every before in the history of earth to put ourselves exactly into the community we want to be in, around the people we like most, in a jurisdiction that works best for us for taxes, regulations, laws, and so on.

It’s not perfect, and there needs to be far more choice when it comes to how societies are run. But this is how we get there, through individual action, not through the collective bullshit that the media, corporations, governments, and elite are trying to force on us.