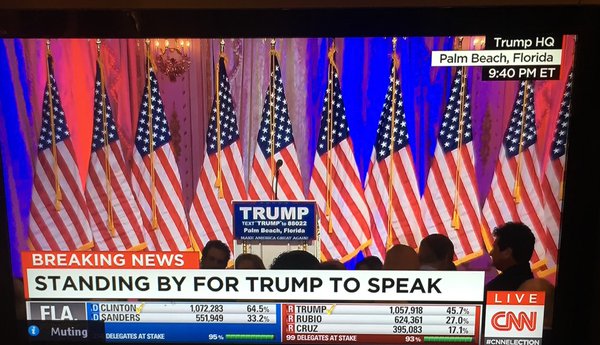 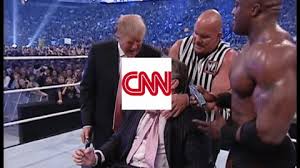 2020 was brutal for the elite media’s approval ratings. 2021 probably won’t be any better.

The corporate news made the bed they currently lie in. It was CBS, CNN and MSNBC who gladly handed their platforms over to Trump during his meteoric 2015-2016 rise to GOP primary stardom.

Executives in charge of programming generated billions for themselves by showcasing what they viewed as essentially a carnival act in the form of Trump’s boisterous campaign rallies. In total, they handed $2 billion in free airtime – essentially free ads – to Trump because, at the time, he generated revenue for them. 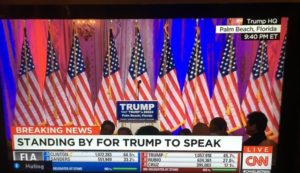 The corporate press enthusiastically rode that ratings hog all the way to the bank. In a February 2016 interview, Leslie Moonves, CEO of CBS at the time, celebrated the freakshow his network put on:

“It may not be good for America, but it’s damn good for CBS… Man, who would have expected the ride we’re all having right now? … The money’s rolling in and this is fun… I’ve never seen anything like this, and this going to be a very good year for us. Sorry. It’s a terrible thing to say. But, bring it on, Donald. Keep going.”

Back in the waning days of the Obama administration, MAGA was all fun and games. Neither Leslie Moonves nor any other leading figure of the establishment feared that the ad revenue-fueled circus they had created would come back to haunt them.

As Moonves so clearly laid out, sacrificing the interests of a functioning society is just the cost of doing business so long as the profits are rolling in and everyone in the boardroom is comfortable.

In short, in the estimation of US media, “this isn’t good for America” is and always has been a footnote to the headline of “We’re Raking in Cash.”

Double-standards and position-flipping on a dime come so naturally to these people that keeping up with the changing goal posts is an impossible task.

Watching a mere ten minutes of CNN coverage without being treated to a sad, slow violin swan song about the lamentable decline in their viewership is nearly impossible.

The headlines, dripping with hypocrisy, decrying the un-patriotism of Trump, are legion. In an editorial titled “The President cannot comprehend true patriotism,” Frida Ghitis writes that “Trump’s patriotism is self-serving theater; so over the top that it reeks of hypocrisy… His phony patriotism echoes his histrionic religiosity. He embraces the flag much like he holds up a Bible.”

It’s as if CNN is holding up mirror image of itself for all to behold.

Primetime at CNN is essentially a tapestry of wall-to-wall complaints about the very viewers they have propagandized for decades who no longer trust them. Alisyn Camerota recently accused Trump supporters of being “untethered from reality.”

It’s all so meta, as internet philosophers say.

At no point in the hours of archived footage sprinkled around the web do any corporate news actors make a single serious inquiry into how and why the MAGA populace that they hate so much fell into such disrepair in their view.

As FBI stooge Peter Strzok put it (while unironically criticizing Trump), “a relentless distortion of reality numbs a country’s populace to outrage and weakens its ability to discern truth from fiction.”

It seems, as the saying goes, that the tables have been turned. The very efforts to manipulate the population into submission via an endless barrage of disinformation backfired on the press as the American population lost all faith in them.

No longer synonymous with “honesty,” “sincerity,” or “fact,” CNN hemorrhaged both ratings and trust over time as viewers turned elsewhere in search of truth.

Eventually, karma came due for CNN and the rest. In the eyes of 40% of the population, the enemy of the people’s enemy became the people’s hero (in their perception). The stage had been set for Trump vs. The Media long before Trump claimed the role. 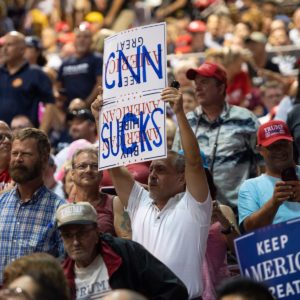 Millennials might barely recall a fleeting run of time in the 90s when CNN was largely viewed at least neutrally, if not favorably, as a bona fide news network.

How the mighty have fallen.

By now, polls illuminating the steep decline of the media’s social standing are a dime a dozen.

Then came the Dark Ages. The corporate press dutifully pushed out propaganda promoting the illegal and immoral 2003 invasion of Iraq.

The “watchdog press” went limp when bankers ran the economy into the ground in 2007 and escaped even a single prosecution.

The press cheer-leaded the Patriot Act, internet censorship, and the prosecution of real journalists like Julian Assange – all for cynical institutional gain in the service of power.

Just to be clear: the claim the Americans hate the media at large is a conflation the CNN and the New York Times make intentionally to obfuscate the issue.

If media apologists can lay the claim unchallenged that Americans simply hate the media, the blame for the problem — and onus for fixing it – falls squarely on an illiterate, ungrateful, anti-intellectual rabble that can’t appreciate the dressings of high-brow society such as civic participation.

A sober assessment of blame, in fact, points the finger directly back at the Manhattan academic/DC think-tank class: Americans hate the Bezos-owned Washington Post and Buzzfeed — not the media as a whole or the practice of journalism itself.

The same people who hate CNN used Parler before Amazon cut off its server access at the behest of the ruling class. They read Drudge Report and ZeroHedge. They frequent InfoWars.

It’s not the media as a unified entity that the working class and crumbling middle class hate.

Rather, their ire is directed very specifically at the very upper echelons of elite media, which is entirely run by and for the interests of the ruling class.