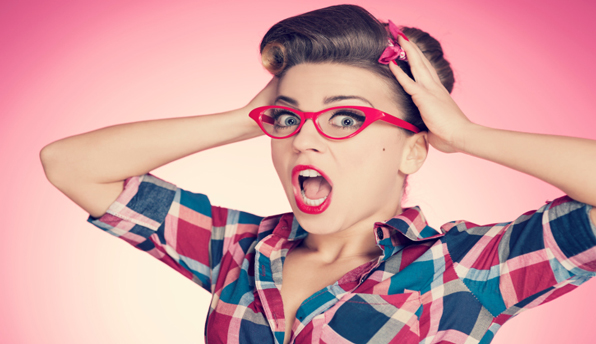 Regulatory Costs Are World's No. 10 Economy … After years of rapid growth during the Obama administration, the cost of federal regulations is now bigger than the entire economies of all but nine countries in the world. That's according to the latest annual report on the regulatory state issued by the free-market Competitive Enterprise Institute, titled "Ten Thousand Commandments." Compiling reports of compliance costs from various government agencies and outside sources, author Clyde Wayne Crews found that the "regulation tax" imposed on the economy now tops $1.86 trillion. By comparison, Canada's entire GDP is $1.82 trillion. India's is $1.84 trillion. – Investors.com

Dominant Social Theme: Regulations are part of the cost of doing business.

That is reportedly a bigger sum than individual and corporate income taxes combined. Also, US regulations are not "capped" nor are they subject to specific legislative oversight. In theory, regulations and regulatory costs can simply continue to grow until they become literally unaffordable.

The problem, Crews notes, is that the combined cost of this "tax" never shows up anywhere in the federal budget — or any other official report — even though it is now bigger than individual and corporate income taxes combined. As a result, "policymakers find it easier to impose regulatory costs relative to undertaking more government spending," Crews notes, "because of the lack of disclosure and accountability for regulatory costs."

Among the findings in the report: On a per-household basis, federal regulatory costs average $14,974, which is more than the typical household spends on just about anything else. When regulatory costs are combined with federal spending, Washington's share of the economy rises to an eye-popping 31%.

There are currently more than 3,000 rules in various stages of implementation at 63 federal agencies; 191 of the rules are "economically significant," which means that they will impose more than $100 million in annual compliance costs. Nearly 670 of these rules will affect small businesses.

Last year, regulators issued 3,659 rules. That's equal to one new rule every 2 1/2 hours of every day, or nearly two federal rules issued every business hour. In 2013, there were 51 regulatory rules written for each law passed, which the CEI says is a measure of how much power Congress has delegated to unelected regulators.

This "Unconstitutionality Index" — as the CEI calls it — averaged 34 under Obama, nearly twice the average rate during the George W. Bush years. The Obama administration has had 42% more "economically significant" rules in the pipeline, on average, each year than the Bush administration.

At the same time, Obama's regulators have let state and local governments increasingly off the hook, putting fewer regulations affecting them in the pipeline than during the Bush or Clinton years. The CEI report includes various recommendations for making regulatory costs more transparent and readily available to the public.

The West's regulatory mania – for how else is it to be described – is not based on any sort of economic science that we know of. In fact, to be sure, economics is NOT a science, but it is certainly a discipline rooted in certain fundamental truths, and regulation would seem to contravene those truths.

The main modern truth of economics is something called marginal utility, which is basically, among some other things, the idea that prices vary at the margins, especially, and that only the marketplace itself can determine prices.

The "discovery" of marginal utility (by an economist living in Austria in the 1850s) gave rise to both the "Austrian School" based on free-market principles and neo-classical economics.

Karl Marx and Thomas Malthus were both classical rather than neo-classical economists. Their models did not take into account the idea that marketplace competition could create variable pricing that would undo their static forecasts. Both Marx and Malthus made significant predictions subsequently proven wrong.

What emerges from an acceptance of neo-classical economics is the idea that forecasting itself is flawed and that no numeric analysis, no matter how complex, can accurately predict the future.

This is the main reason why Austrian economics is neither popular with nor popularized by the mainstream media and mainstream academia. Governments are run based on forecasts, and free-market economics clearly shows that accurate forecasting is not feasible.

Central banking provides forecasting every month about what the volume and price of money should be. But 100 years of history shows – via endless depressions and recessions – that these forecasts are often wrong.

Governments make laws and in the modern era these laws are increasingly buttressed by regulations, yet both laws and regulations are forecasts – imposed on society based on a legislative vision of necessary solutions. Again, it is free-market economics that explains why despite a torrent of legislative actions over decades throughout the West, living standards are dropping not rising.

Every law, every regulation, every forecast that is acted on within a context of government demands is what we call a price fix, mandating an action of some considerable expense to society and insisting that those actions are initiated. Yet it is accepted as a matter of course by both the media and academia that price fixing doesn't work.

This is a fundamental disconnect that exists at the heart of Western democracies.

How can neo-classical economics be accepted – as indeed it is throughout the West – and how can price-fixing be known as destructive while every part of the Western governing paradigm continues to pursue these obviously problematic acts?

Laws fix prices in ways that cannot be predicted. So do regulations. If the costs are great – and growing bigger – while the utility of imposing legislative solutions is impractical, why do Western governments continue down this path? And why does mainstream media not scrutinize what is going on in greater detail?

Of course, we know the answer to that. Regulatory efficiency is a bedrock dominant social theme, one that the globalist elite depends upon to help it reach its internationalist goals. No regulation … and government begins to shrink; and if government loses power, then it loses value as a critical tool of manipulation.

From an investment standpoint, regulation is an increasingly critical component of any industrial endeavor. Depending on the regulatory environment, businesses can either expand successfully or wither and die.

When recommending investments and new ventures, the High Alert brain trust is careful to examine potential regulatory impacts. That's one reason to be involved in industries – like marijuana – that are relatively new and thus less encumbered and controlled by regulation as they emerge into the mainstream.

But the larger perspective is surely discouraging. Society – certainly US society – cannot continue long down this path. A critical mass of economic distortion must be reached sooner rather than later. Rome took several centuries to die, but Roman businesses were afflicted by taxes and coin shaving, not a modern regulatory regime. It could be that the ongoing flood of regulations proves more destructive to the West than either fiscal or monetary policy.

Perhaps a case can be made for regulation, or at least minimal regulation, but what is occurring now is neither logical nor defensible. The modern epidemic of regulation combined with taxation and monetary inflation (along with court-imposed corporatism) are reasons why the ascent of the Western socioeconomic model has been evidently curtailed and why, sooner or later, the West is headed for a fall.